On the eve of the COP26 talks in Glasgow, the former leader of the BC Green Party — Andrew Weaver — caused a climate-community tempest when he tweeted, “1.5 degrees is not attainable. It never has been imho.”

The comment triggered a wave of anger from prominent advocates of climate action throughout B.C. and beyond, who accused Weaver of betraying his Green party ideals and giving up on the climate fight. Bill McKibben, founder of 350.org and a personal hero of mine, tweeted back: “by ‘not attainable’ it feels like you mean, ‘not conveniently attainable without causing disruption to powerful interests such as, in Canada’s case, the tarsands complex.’”

It would be an understatement to say I admire McKibben and the many climate leaders who echoed his sentiment. I count several personal friends and acquaintances among them. But their denunciation of Weaver’s statement was more shocking than the statement itself, for it amounts to a new genre of climate denial.

Weaver wasn't expressing a political opinion. He was observing physical reality, speaking less as a former politician than a current atmospheric scientist who has contributed to the UN’s Intergovernmental Panel on Climate Change, or IPCC. As that venerable body reported in August, the Earth has already surpassed one degree of warming; we’re currently at around 1.1 degrees, and because there’s a 10 to 20 year time lag between emissions and warming, the climate would come within a hair of 1.5 degrees even if we stopped emitting all greenhouse gases this instant. Instead, humans are emitting more greenhouse gases than ever before in history. In terms of emissions, at least, civilization has fully bounced back from the pandemic.

All to say, a 1.5-degree world is already baked in.

That’s why we heard so much about “code red” when that latest IPCC report came out two months ago. That’s why the only IPCC scenarios in which future warming is limited to 1.5 degrees all rely on negative emissions — machines that suck carbon dioxide from the sky — on a scale that verges on fantasy.

To be clear: For negative emissions to keep climate change within 1.5 degrees, humanity would have to build out a carbon-capture infrastructure that is equivalent to the entire global fossil fuel industry in the next 20 (maybe 30) years, with no profit motive, using technology that is currently in the pilot-plant stage. We would have to construct this planetary industry while simultaneously building out a renewable-energy infrastructure of identical scale. And even then, those same 1.5-degree scenarios assume a period of "overshoot" in which Earth goes a little ways beyond 1.5 degrees for a few years before bouncing back. Theoretically.

It's not going to happen. To acknowledge this is no sign of surrender; it should only add urgency to the climate fight, in which every hundredth of a degree matters.

“Back in the 1990s, and early 2000s, we had a chance at 1.5,” Weaver wrote, responding to McKibben’s tweet. “We have warmed by 1.1 already. There is a 0.6 commitment to existing levels of GHGs assuming all we do is keep these fixed at present values.”

It may be politically incorrect to say that out loud, but Weaver’s hardly the first scientist to do just that. Earlier this year, Australia’s Climate Council (an independent body of scientists not to be confused with Australia’s notoriously climate-skeptical government) released a report explaining the exact same thing.

“Multiple lines of evidence show that limiting global warming to 1.5 degrees C above the pre-industrial level, without significant overshoot and subsequent drawdown, is now out of reach due to past inaction," the authors wrote. "The science is telling us that global average temperature rise will likely exceed 1.5 degrees C during the 2030s, and that long-term stabilization at warming at or below 1.5 degrees C will be extremely challenging."

In 2020, one of the foremost climate journalists in the business, David Roberts, anticipated today’s firestorm in a Vox article entitled “1.5 degrees: The sad truth about our boldest climate change target.”

“It is not the job of those of us in the business of observation and analysis to make the public feel or do things,” Roberts wrote. “That’s what activists do. We owe the public our best judgment of the situation, even if it might make them sad, and from where I’m sitting, it looks like the 1.5 C goal is utterly forlorn.” 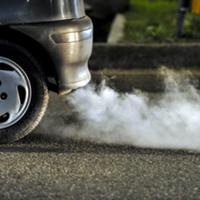 That was almost two years of record-setting emissions ago. At this point, to denounce voices like Weaver’s and Roberts is to indulge in a strange inversion of the wishful thinking climate denialists and delayers used to have a monopoly on.

No doubt some of the backlash to Weaver’s statement is rooted in his controversial politics of late, especially his endorsement of the climate plans of both the federal Liberals and the BC NDP (in fact his 1.5-degree tweet was part of a thread in which he celebrated the Horgan government’s CleanBC roadmap).

Weaver’s political opinions are certainly debatable, though attacks on his personal integrity remind me all too much of Michael Moore’s attack on Bill McKibben in Planet of the Humans — another case of the left eating itself.

But whatever one makes of Weaver’s politics, it is wishful thinking to suppose that 1.5 degrees is still possible.