There is an old piece of advice given to new cabinet members. Enjoy the swearing-in. It’s all downhill from here.

That said, every cabinet is also a moment for optimism. Perhaps the right people in the right portfolios will actually make a difference, or so it goes for those who live in hope.

Justin Trudeau 3.0 is all about reinforcing old commitments whose authenticity has been called into question. The big stories in this 39-member cabinet are women in big roles, the environment, an Alberta MP at the big table and stalwart loyalists left in place to handle key economic portfolios.

And, for British Columbians, a disappointing subplot. Despite sending more Liberals to Parliament this past election, B.C. has not been rewarded with more MPs in key cabinet posts.

More women at the table

Ever since the SNC-Lavalin controversy that saw Trudeau push two high-profile women cabinet ministers, Jody Wilson-Raybould and Jane Philpott, out of the caucus, Trudeau’s bona fides as a feminist have been called into question. Rightly so, since Canada’s ethics commissioner found that the prime minister had improperly interfered in that case.

Trudeau has answered his critics with some momentous, gender-driven appointments aimed at confirming his credentials as a full-on supporter of women.

And then there is Pascale St-Onge, touted as a future superstar of the party, as the new minister of sport. There are a handful of others, but you get the picture. Gender equality is the name of this cabinet.

Lists may be boring, but they are worth making, if only because they show so clearly Trudeau’s intentions. He wants his feminist reputation back. He used these appointments to hand major power to women in his government.

But that is only part of the story. The other part is that several of these new, female cabinet ministers have been firmly strapped into the hot seat.

A case in point. British Columbia’s Joyce Murray, one of four B.C. MPs in cabinet, inherits a portfolio that amounts to shark-infested waters. As minister of fisheries and oceans she must navigate desperate problems on both the east and west coasts of the country.

On the West Coast, where salmon is in some ways the soul of British Columbia, controversial fish-farming and a frightening decline in wild salmon stocks are grim problems. Either one — or both — of these issues could easily become poisoned chalices for the new minister.

On the East Coast, where former fisheries minister Bernadette Jordan was defeated in the last election, declining ground-fish stocks and a lobster industry pitting white and Indigenous fishermen against each other in a bitter fight for quota present near intractable problems.

Even as a tree-planter, former provincial environment minister and long-serving B.C. MP, Murray has been handed a daunting assignment that will test her knowledge and judgment to the limit.

A new climate in cabinet?

The other major statement Trudeau made with his new cabinet takes direct aim at his shaky reputation as a protector of the environment, someone who gets it when it comes to climate change. Ever since his government purchased the rusty, old Trans Mountain pipeline, environmentalists have noted the abyss between Trudeau’s rhetoric and actions on this critical file.

Today, he answered them, at least at the level of political optics. With COP26, arguably the most important climate change conference in history, just days away, Trudeau changed ministerial horses in mid-stream.

By appointing Steven Guilbeault as environment minister and moving the former minister, B.C. MP Jonathan Wilkinson, to natural resources, he is sending a tag-team of anti-fossil fuel advocates to Glasgow.

Before entering politics, Guilbeault made his name as an environmental activist with Greenpeace and Equiterre in Quebec. Wilkinson is on record as being against further extraction of fossil fuels. This deliberate move is a signal designed to show that Trudeau is serious about slashing Canada’s greenhouse gas emissions by 40 to 45 per cent by 2030, against the benchmark of 2005 levels.

Time will tell if it is a real sea-change in Canada’s approach to global warming.

Several of Trudeau’s personal friends and trusted colleagues either got or retained cabinet influence.

Seamus O’Regan was promoted to minister of labour. O’Regan accompanied Trudeau on his ill-starred holiday to the Aga Khan’s private island.

David Lametti, Jody Wilson-Raybould’s successor, who saw the PM through the SNC-Lavalin scandal as justice minister, remains in that position.

And Pablo Rodriguez, the PM’s trusted Quebec lieutenant, remains in that position, and also becomes the new minister of Canadian heritage. It is the second time Rodriguez has filled that role.

Alberta now has not just two MPs in the government, but a representative at the cabinet table includes Randy Boissonnault, the first openly gay MP elected in Alberta in 2015. Boissonnault is the new minister of tourism. He is also associate minister of finance. 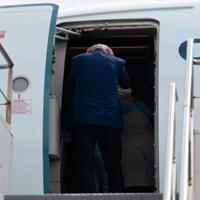 There were some surprises in events at Rideau Hall today. Harjit Sajjan from B.C. becomes minister of international development, and minister responsible for the Pacific Economic Development Canada agency. Not bad for a guy who bungled the sexual harassment scandal as minister of defence and was widely thought to be on his way into the outer darkness, along with dumped cabinet minister Marc Garneau.

Another former minister thought to be on shaky ground was Carolyn Bennett. Bennett sent what many saw as a racist text message to former justice minister Jody Wilson-Raybould in the wake of the SNC-Lavalin scandal. Bennett later apologized to her Indigenous former colleague for her insensitivity. Bennett remains in cabinet in the newly created portfolio of minister of mental health and addictions, and is also associate health minister to new health minister Jean-Yves Duclos.

One of the most intriguing cabinet appointments was Filomena Tassi, who is now the minister of public services and procurement. She has an interesting past, having transitioned from corporate lawyer to chaplain at a Catholic high school to politician and now cabinet minister.

Nor did Trudeau ignore a fellow who shares a common interest of his — boxing. Canada’s new minister of northern affairs, also responsible for the Canadian Northern Economic Development Agency, is Daniel Vandal. Vandal was once the number one ranked middle-weight boxer in Canada.

Time will tell if this new cabinet packs a punch.