It was supposed to be a horse race, but it turned into something closer to a rout.

Election 2021 was touted by pollsters and pundits throughout the campaign as a dead heat. Some dead heat. In the end, Justin Trudeau and the Liberals won 39 more seats than the second-place Conservatives, and a comfortable minority government. The Liberals actually gained a seat as things now stand over their performance in 2019, while the CPC lost ground.

That is quite remarkable given that it was Trudeau who called an election that nobody wanted. All party leaders painted him as a rank opportunist, a showboat, and even a fraud. The media portrayed him as deeply unpopular. Even after he won the election, his third as leader, some commentators perversely argued that he had actually lost because he failed to win a majority.

So what is the big story in the wake of this whirlwind campaign that took us back to almost exactly where we were before the election was called? It is the very real possibility that none of the current leaders of the national parties will be around for the next election, based on their performance in this one.

Annamie Paul and the Greens

The leader most likely to go quickly is Annamie Paul. The bitter feuding inside the Green Party of Canada was big news for weeks before the election was called. Paul and the party’s national council racked up crushing legal bills fighting each other. In politics as in life, it never pays to air one’s dirty laundry in public.

The Greens did just that, so a fair question emerged for voters: how could you trust the GPC to manage the climate, the pandemic, and the economy when they couldn’t manage their own party?

Leaders are supposed to be uniters, not dividers. The writing was on the wall for Paul when Jenica Atwin left the Greens to join the Liberals. (Rubbing salt into that wound, Atwin won her Fredericton seat, even though she had switched parties.) The leader’s performance in the campaign sealed the deal, taking the party’s popularity down, and coming a dismal fourth in her own riding.

Paul looked like an independent running for a single seat, Toronto Centre, rather than a national leader. She barely set foot outside the riding. Making matters worse, she failed to field candidates in all ridings. The Greens representation in Quebec was pathetic. The party didn’t even field candidates in 22 ridings, and Paul did not campaign there.

When “Mad Max” Bernier and his People’s Party nationally is twice as popular as the Greens, you know the end is near. Look for Paul to either resign or be ousted at the party’s mandatory leadership review a few months from now.

Jagmeet Singh and the New Democrats

Jagmeet Singh remains bright and likeable. But based on the results of the election, a very basic question has to be asked by the NDP rank-and-file. Has this leader reached the ceiling of support that he can reasonably be expected to attract to the party?

After spending $25 million on the campaign, he got virtually the same result as the party achieved in 2019. The NDP remains the fourth party in Parliament. Even when the NDP crashed and burned under Thomas Mulcair, it won 44 seats.

Voters clearly didn’t buy into Singh’s strategy of taking credit for things the Liberals actually did to support Canadians during the current pandemic.

And there is another problem for Singh. In this campaign, he was not the relatively unknown player who replaced Mulcair, but a well-known figure, with a solid media presence, and one federal election under his belt.

Singh says he wants to continue in the job, but leaders, like economies, have to grow to prosper. No growth is a bad sign for Singh, especially since the NDP will be mired in debt for some time to come, after spending the numbers off the credit card to contest the recent election.

At most, Singh will get one more kick at the can. And he may not even get that if the party sees a political dead-end ahead by sticking with this leader — assuming that the NDP wants to govern, not just be the conscience of the Left.

Erin O’Toole and the Conservatives

Conservative Leader Erin O’Toole is dead man walking after this election. His calculated transformation from a social conservative into Tommy Douglas was a giant bellyflop at the box-office.

No one believed him. He not only won fewer seats than the hapless Andrew Scheer, but he damaged the party brand. Shortly after O’Toole conceded defeat, the Campaign Life Coalition gave him the first of what will be many kicks to the meat pies over this botched election.

The CLC accused O’Toole of “alienating” the party’s social conservative base “with his shameless support for abortion, LGBT ideology, oppressive lockdowns and liberty-destroying passports.... By insulting the base, O’Toole drove CPC voters into the waiting arms of Maxime Bernier.” 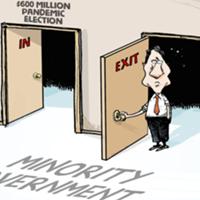 Please Advise! So that Election... Why?

Given the short shrift afforded Scheer when he failed to unseat Trudeau, there is no reason to believe that O’Toole will be around long. The party’s leadership review and election postmortem will do one of two things: give O’Toole a swift career-path change; or hopelessly divide the CPC into two, mutually exclusive camps — the social conservatives and the progressives.

The person to watch in this process is Pierre Poilievre, the true face of the party for the Stephen Harper-base. In the CPC, where only winners, and social conservatives, need apply, Poilievre fits the profile. O’Toole is not John A. MacDonald, as Brian Mulroney facetiously claimed. He will go down as an aberration in the party that Harper built.

Justin Trudeau and the Liberals

And then there is Justin Trudeau, who has probably waged his last campaign. If so, he will go out with a perfect record, batting three for three in the federal elections he has waged. 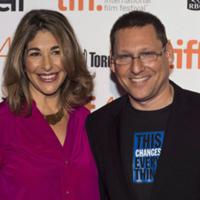 But unlike the other leaders whose tenure is dubious at best, Trudeau will be eased, not forced, out. In politics, the shelf life for rock stars is the same as it is for garden variety politicians. Around about the eight to 10-year mark, you don’t sparkle anymore. You wear out your welcome as the baggage of governing mounts, the public grows tired of you, and the usually fatal urge for change sets in.

Trudeau didn’t deliver a majority, his popularity is waning, and he just put the country through an election that cost over half a billion dollars to deliver a kind of Groundhog Day of politics.

But the difference between Trudeau’s farewell tour and the other federal leaders is that his will be managed. In other words, around about the two-year mark of his latest mandate, he will decide that he wants to spend more time with his family, etc., etc., and the Liberal party will come up with a new face to try to dazzle, divert and seduce the public.

They are not the Natural Governing Party for nothing.