It is fairly bizarre, now that you mention it, that Alberta Premier Jason Kenney is plowing ahead with his constitutionally meaningless anti-equalization referendum at a moment he’s so messed up Alberta’s response to COVID-19 that other provinces and the Canadian Armed Forces are having to send us ICU nurses to keep the province’s health-care system afloat.

Asked about this by the Globe and Mail’s Kelly Cryderman last week at yet another uninformative COVID-19 news conference, Mr. Kenney let loose with one of his trademark bloviations on the topic.

“Obviously I’m focused on the task at hand with this fourth wave, uh, that is the overwhelming focus of my time and attention, as it should be, and as it is for the whole government,” he began rambling, piling parenthetical clause upon parenthetical clause.

“But, other things continue to move forward in our society, including our democracy. Uh, we committed to this referendum at this time, uh, in the last election, nearly two and a half years ago, this is, we’re keeping that commitment, and, Kelly, we’ve had elections in, I think five provinces, four or five provinces, uh, throughout COVID-19, we just had a federal election, where every issue under the sun was debated, and people went to the polls, we have a municipal election, on the 18th of October, where people will be voting for, uh, school boards and municipal councils. I think it’s possible for Albertans to address important public issues that affect our long-term future as a province, including the need for us to have a fair deal. Uh, I don’t think that uh, a distraction, uh, for the p-public. You know, people have to, society goes on, uuuh, the economy has to function, and our democracy has to continue to work.…”

That’s enough! Here’s the most likely translation: “It’s too late to get it off the ballot.”

That said, it didn’t really make sense before the pandemic either, before Mr. Kenney’s United Conservative Party had laid waste to the health-care system by opening the doors wide to the COVID virus, and when its only major accomplishment was expanding the Trans Mountain Pipeline to B.C., a project bought and paid for by Justin Trudeau’s federal Liberals in co-operation with the previous NDP provincial government.

Come to think of it, that’s still pretty much the only thing the UCP can claim as an accomplishment.

It is more than merely ironic, of course, that the current equalization formula was imposed by the Harper Conservative government, when Mr. Kenney was an influential member of cabinet.

As for the referendum, it was probably originally tacked onto the Oct. 18 provincewide municipal elections as a way to get the UCP base out to vote against Calgary Mayor Naheed Nenshi, despised by the UCP’s well-heeled developer supporters in the Cowtown Sprawl Cabal.

But Mr. Nenshi changed the dynamic of the Calgary vote by taking himself off the board.

Nevertheless, Mr. Kenney would still like to see the referendum pass, if only to distract from his present troubles and to open the door to future independantiste mischief to keep his foes in Ottawa and Alberta off balance and the UCP base sweet.

“Should Section 36(2) of the Constitution Act, 1982 — Parliament and the government of Canada’s commitment to the principle of making equalization payments — be removed from the Constitution?”

As folks keep pointing out, now might be an ironically bad time for Alberta to be advocating any such thing.

Regardless, though, the Canadian Constitution can’t be changed at the snap of Mr. Kenney’s fingers, or even those of former Wildrose party deputy leader Rob Anderson and his posse of bozo-erupting UCP MLAs.

No, it would require Ottawa and all provinces to sit down and negotiate to amend the constitution, something that just isn’t going to happen no matter how strong the referendum result turns out to be.

The unpopularity of the federal equalization program in Alberta is largely built on misinformation promoted by Conservative politicians like Mr. Kenney and political groups with an interest in stirring up regional grievances.

As has never been well understood in Conservative circles in this province, if equalization were to disappear, Albertans wouldn’t notice any change in their tax bills because the funds distributed by Ottawa are collected through federal taxes paid by all Canadians.

Still, I guess, at this point Mr. Kenney must figure getting voters to think about almost anything is better than having them focus on his terrible record or listen to the people on both sides of the province’s political divide who are calling for his head.

And remember, as my blogging colleague Dave Cournoyer recently reminded me, the referendum idea wasn’t Mr. Kenney’s, but was dreamed up by former Wildrose party leader Brian Jean when he was running for the leadership of the UCP in 2017. 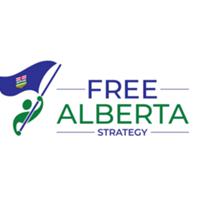 Lately the former Fort McMurray MP and MLA, embittered by the tricks employed by Mr. Kenney to win that contest, seems to be plotting a comeback.

Residents of the Fort McMurray-Lac La Biche riding report being asked by a telephone pollster what they’d think if Mr. Jean ran to replace their former MLA, Laila Goodridge, who recently abandoned the riding lickety-split when she got the chance to be elected federal MP for Fort Mac-Cold Lake.

Ms. Goodridge will now be safely ensconced in Ottawa when the tumbrils roll for the UCP Government, in the spring of 2023 as expected or possibly even sooner. And I’m sure Mr. Jean would like to be back in the Alberta House as her replacement to argue he’s the only leader who could possibly save the province from a return of the NDP.

That might not be a very persuasive narrative, but you can hardly blame Mr. Jean for trying. 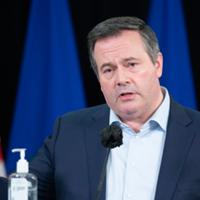 The arrival of an ambitious Independent MLA with Wildrose ties to several members of the premier’s caucus would not be a positive development for Mr. Kenney.

Nor would an early UCP leadership review before March 1, 2022.

Reports circulating on social media last week suggested that as many as 16 UCP constituency boards have now passed motions demanding a review of Mr. Kenney’s leadership before March 1. A total of 22 riding votes would be required to force the early review.

An easy win in his silly equalization referendum on Oct. 18 might give Mr. Kenney a meaningless victory to tout as he tries to hang onto his job.

How unfortunate for him that many of his opponents on both sides of the aisle have seized on the idea of using a No vote in the referendum as a way to show non-confidence in his leadership.

As a meme circulated widely on social media by the informal, unfunded, grassroots campaign that has sprung up around this idea says: “Oct. 18 Across Alberta #RejectKenney VOTE NO to a useless equalization referendum.”