Please review our report and spread the good word!

Good for you! It is never too soon to get started on your Christmas wish list. Go ahead and ask Santa for Alberta’s quasi-independence. Dr. Steve wants a pony.

Alberta has long insisted that Alberta has long struggled under the yoke of federal oppression. The clarion call “Free Alberta!” has been around even longer than “Free Britney!”

Now comes the triumvirate behind the Free Alberta Strategy. The report’s three main authors cover the spectrum from alabaster to eggshell. Rob Anderson is a former MLA who went from the Progressive Conservatives to the Wildrose Party and back again; Derek From is a lawyer who has written articles for the Fraser Institute; and Barry Cooper is a University of Calgary political science professor. (Late at night, U of C students sometimes recount the legend of the foolish student who once presented Professor Cooper with a thesis on the key accomplishments of Pierre Elliott Trudeau. Next day the unfortunate young man’s head, posted on a pike at the classroom door, served as a warning for others. But then, these are merely apocryphal tales told in dorms to frighten the frosh).

Politically, a teeter-totter holding these men would never budge. But then, perhaps Rachel Notley’s invitation got lost in the mail. The post office is a federal organization, after all. Bastards.

The Free Alberta report makes a strong assertion near the top: “There is agreement among a vast majority of Albertans,” it reads, “that our province is being mistreated.”

What evidence is offered for this claim? A footnote cites the report of the “Fair Deal Panel.” The Fair Deal Panel was a 2020 touring group — sort of a UCP Beatles — starring former Reform party leader Preston Manning and current and former UCP MLAs. It held town halls around the province gathering grievances from the like-minded. Using the Fair Deal Alberta panel to back up claims made by the Free Alberta Strategy is like citing Eric Trump to back up Don Jr.

Interestingly, one member of the Fair Deal touring group was Drew Barnes. Apparently not satisfied with the lack of Molotov cocktails in the panel’s final report, Barnes wrote his own dissenting version that advocated for Alberta separation. Barnes himself was later involuntarily separated — defenestrated, really — from the UCP caucus after publicly criticizing Premier Jason Kenney. More proof that once you start separating from things, it can be hard to stop. 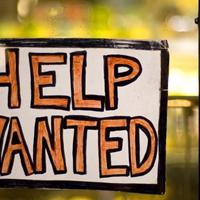 Among other things, the FAS report calls for a new provincial police force and “independent international relations and trade,” presumably to posse up with Texas and round up some of those meddling eastern city folk. While Barnes’ name may not be on the FAS report, he is bound to enjoy its ringing declaration that failure to accept these proposals should lead to full-fledged independence: “These Albertans are ready and willing to do whatever it takes to save their province and their country from their joint downward spiral, even if it means risking controversy and a period of national discord,” the report proclaims. (Watch for a LinkedIn post advertising an opening for Robert E. Lee.)

Wednesday on Twitter, lawyer Tim Huyer examined the whole FAS package in more detail than Dr. Steve cared to, identifying a laundry list of constitutional problems in a lengthy Twitter thread. (Presumably this makes Huyer a member of AntiFAS.)

This “strategy” goes to show that being a political scientist or a lawyer doesn’t mean someone knows anything about the constitution. This document is…a doozy. (🧵) #ableg #abpoli

The Free Alberta Strategy may not have Jason Kenney’s signature, but he is definitely a fan of going it alone, having recently rejected assistance from Newfoundland and Labrador in dealing with the province’s ongoing COVID crisis. It may be that Alberta separation will ultimately take the form of a quarantine.

Will the Free Alberta Strategy gain traction across the province? Kenney’s political prospects — he currently faces longer odds than the Baltimore Orioles — make this separation business a matter of some urgency. The sovereignty clock is ticking. If Alberta doesn’t achieve independence before the next provincial election, it will mean Rachel Notley only gets to be premier.