The somewhat awkward return of Kevin Falcon to B.C. politics via Facebook Live this week was surprisingly under-attended by viewers — a mere 433 when I tuned in, and that never changed much.

Not surprisingly however, the comments and likes left behind after Falcon’s announcement that he’s running to lead the BC Liberals were peppered with the familiar names of Conservative backroom boosters, strategists, campaigners and former and current politicians known for their Conservative affiliations.

Falcon’s narrative was crafted to counter past criticisms, and it’s one we should expect to see again and again. Falcon, once called “Rebel with a Cause” in the headline of a 2009 profile by Frances Bula, is now a family man, one who left politics for his children in 2012 and claims to be now running for leader for them, as well. His abrasive edges have softened, intentionally, and purposefully mentioned as a selling point was his absence from politics for a decade spent in the private sector. No one wants a career politician, after all!

Sigh. Those of us who have been around long enough to have written copious amounts about all things Kevin Falcon knew this moment would come. The BC Liberals are a coalition of federal Liberals and federal Conservatives. When Christy Clark won the leadership race against Falcon in 2011, he and other Conservatives left for a break. The Harperites sent out backroom operatives to try and keep the coalition from being totally torn apart in the Clark years, but her stunning loss in the 2017 election signalled the inevitable.

It was only a matter of time before Falcon would make his re-entry into politics — he was already back stumping for the BC Liberals and Andrew Wilkinson in 2018, co-hosting a secret fundraiser at a West Vancouver mansion with his close friend, developer Ryan Beedie.

So here we are. Falcon, now effectively a Boomer with a clock ticking as he ages, is setting out to re-enter a very demanding position.

Who is Kevin Falcon exactly, and why should his desire to become the leader of the BC Liberals concern you?

Let me just start with the fact that environmentalists were so worried about him continuing the slice-and-dice, deregulate-and-privatize style of government that they joined the BC Liberals en masse to swing the vote to Clark and keep him from becoming leader, and premier.

That leadership race was literally a lesser of two evils scenario, and Falcon was a Gordon Campbell protegé. I still believe Falcon would be every bit as harmful to the province as Campbell was. Nothing I saw in his campaign launch shows any indication of change.

He began his elected career in 2001 as minister of deregulation, and immediately decreed that all ministries cut red tape by a third. While a review of regulations that are outdated or unnecessary is a good thing, Falcon created a task force solely populated by hand-picked members of the business community, and this did not go unnoticed. He appointed the members and chaired the group.

The result? Much of the ongoing issues in B.C. with tailings ponds, toxic waste disposal and other environmental protection issues can be traced back to deregulation and cuts to oversight that occurred in the early 2000s. The BC Liberals reduced or eliminated government oversight and allowed companies to hire their own consultants to assess the environmental risks and damage from projects — “professional reliance.”

A 2015 review of professional reliance by the University of Victoria’s Environmental Law Centre found it undermined the public interest.

The report concluded “that much of B.C.’s deregulation goes too far in handing over what are essentially matters of public interest to those employed by industry. Proponents should not be decision-makers for matters involving the weighing and balancing of multiple, often competing, environmental and societal values.”

The solution is to actually staff the public service with professionals whose only job is to protect the public interest, it concluded.

Twenty years later, we are still seeing fallout from the policy failures of the BC Liberal era under Gordon Campbell and Kevin Falcon.

I was happy to hear Falcon mention his achievements as transportation minister, because it’s in this file that you see where his approach really hits taxpayers hard.

It’s not the sexiest stuff to read, but projects under his watch were anything but on time and on budget. And it’s easy to demonstrate why the public-private partnerships Falcon championed actually hurt you and me in the end. It was also in this file that he oversaw the completion of the privatization of BC Rail and refused to commit to a public inquiry into the scandal-plagued process.

The Sea-to-Sky Highway project, run as a public-private partnership, was announced as a $600-million build that a consortium would operate for 25 years, reducing the risk to government. In actuality, the consortium flipped the project and it has been a lucrative investment vehicle for the buyers. Among the payments making it a cash cow for the private partner are shadow tolls, a.k.a. vehicle usage payments, based on size of vehicle and distance travelled. Government regularly makes these payments.

The South Fraser Perimeter Road was a year late and $464 million over budget, but the government denied that and changed the price and completion date as the project was underway.

The Port Mann Bridge was originally to be a twinned bridge, but the public-private partnership consortium wanted a single span. When the financial crisis hit, the partners couldn’t raise the money needed, so Falcon proceeded with it as a government-financed project, oddly proclaiming “Government can build it cheaper anyways as they get lower interest rates.” That project was also plagued with issues and “irregularities.”

Falcon’s changes to TransLink governance also left a lasting impact, as he eliminated its board of elected representatives and replaced them with appointees.

I could go on, but you get the idea. There is a lot to read on the Falcon’s Follies portion of my website here.

I don’t think for a moment spending 10 years in the private sector as the executive vice-president of Anthem Capital Corp., the equity wing of real estate group Anthem Properties, is something that spells renewal for the BC Liberals. 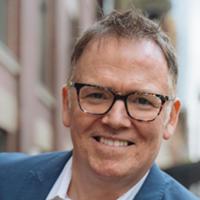 Please Advise! The BC Liberals Need a New Name

If anything, it sounds like more of the same that we saw in the last period the BC Liberals were in power, when uncontrolled real estate speculation increased the gap between rich and poor, killing the middle class almost entirely.

It doesn’t bode well having Beedie in one back pocket and numerous Harper-connected boosters in the other. Nor does it appeal that Falcon supported Maxime Bernier in his bid for the federal Conservative leadership in 2017 — Mad Max was already showing the type of politics he was about back then.

Increasingly in politics, we see choices reduced to the lesser of two evils. This will always be the case within the BC Liberals, a party full of lifelong politicians and backroom opportunists who ooze from one leader to another with too much ease.

Falcon though, is cunning and calculated, and will eat Horgan for lunch in any debate. Which means that while the BC Liberals are figuring out what direction they intend to go with a leader, the BC NDP would do well to consider the same.