Why has a government that boasts of being feminist gone to sleep on a woman’s most basic right, the right to a safe workplace and dignified treatment? The recent resignation of Lt.-Col. Eleanor Taylor from the Canadian Armed Forces underscores the terrible toll taken by inaction to counter male chauvinism in Canada’s military.

As reported in the Hill Times by Scott Taylor, the editor and publisher of the military magazine Esprit de Corps, Lt.-Col. Taylor was a public relations dream for the CAF. She served as an officer for 25 years, with combat tours in Kosovo and Afghanistan. She was also the first woman to command an infantry company in combat while serving with the Royal Canadian Regiment in Kandahar.

She resigned in disgust, “sickened” over the tawdry spectacle of the military’s top leaders under investigation for sexual harassment and inappropriate behaviour involving subordinates.

The established tragedy of the Gen. Jonathan Vance affair is not that the former chief of the defence staff is guilty of sexual improprieties or misconduct with female subordinates. That has yet to be determined. For the record, Vance denies any wrongdoing. The tragedy is that the allegations against him were not even investigated for more than three years. How does that square with the prime minister who said, “When women speak up, we have a responsibility to listen to them and to believe them”?

If there was a gold medal for buck passing, Justin Trudeau would win it hands down on this file.

The military ombudsman of the day, Gary Walbourne, took the allegations against Gen. Vance to his boss, Defence Minister Harjit Sajjan. Walbourne thought that they were serious enough to warrant an investigation. The cabinet minister and MP for Vancouver South took a different tack. He refused to even look at the evidence. That was early 2018.

Instead, Minister Sajjan handed the file off to the Privy Council Office, claiming that if he were to look into the matter, it would smack of political interference. Utter bullshit. It would actually have shown leadership. Conservative MP for Port Moody-Coquitlam Nelly Shin observed that the minister had “abdicated” his responsibilities. She is right.

In his testimony before the House defence committee, Sajjan nevertheless insisted he had done everything correctly. Everything, that is, except stand up vigorously for women’s rights in the department he runs.

The prime minster himself dithered as emphatically as Sajjan. Trudeau was also alerted to the allegations of sexual misconduct against Vance in 2018. But neither the PM nor his office followed up to get the details. As Conservative MP James Bezan tweeted:

“Justin Trudeau confirms his office was aware of allegations of sexual misconduct by the former CDS in 2018. Clearly PM was aware. Why did he refuse to act?”

Had the PM bothered to check, he would have learned that former ombudsman Walbourne informed the PCO that he could not pass information on the case to that department. So the whole thing just fizzled out — without any investigation of very serious, though not criminal, allegations: a long-standing adulterous relationship with a subordinate in the chain of command; and an email to another junior officer, inviting her to vacation on a clothing-optional beach.

It took the reporting of Global News in February to wake the government up to what it had so callously ignored. Belatedly, an independent inquiry was launched.

The problems were well established

One of the most glaring shortcomings of the government’s negligence in the Vance Affair, its willful blindness, is that the PM and Minister Sajjan already knew, or ought to have known, that the CAF was a hotbed of sexual harassment against female service members. That it was a highly macho, sexualized culture was no secret.

That’s because in 2015, former Supreme Court justice Marie Deschamps handed the government a scathing indictment of the CAF on the issues of sexual abuse and misconduct against female members. Gen. Vance, chief of the defence staff at the time, launched an inquiry to deal with Deschamps’ findings. It was called, of all things, Operation Honour.

And the PM and his defence minister also knew, or ought to have known, that a third of female reservists had faced sexualized or discriminatory behaviour in their careers, compared to just 13 per cent of males.

So now the government has a hot mess on its hands. Both Gen. Vance and his short-lived replacement as chief of the defence staff, Admiral Art McDonald, are under investigation by the military police for sexual misconduct or inappropriate behaviour with female subordinates.

Think about that. The top dogs of the military under investigation for allegedly abusing their power — and more importantly, women who served under them — years after Operation Honour was launched. Worse, nothing happens.

One of those women, Maj. Kellie Brennan, told Mercedes Stephenson of Global News that Gen. Vance advised her to lie to the media about their allegedly long-term sexual affair. Operation Honour, you say.

As for the military, as a wag once described the doomed leadership of former Conservative leader Andrew Scheer, it continues to step on every rake on the lawn.

In a feckless attempt to take control of the train wreck at the top, the acting chief of the defence staff says that the solution is to more carefully vet candidates for senior leadership positions. Really? Given what Justice Deschamps had to say on this matter years ago, that is more than a little disingenuous.

My question. Does anyone in command over thousands of others really have to be told that sexual relations, or harassment of subordinates, are bad things? It is not a matter of code. It is a matter of character.

Finally, as reported by Samantha Wright Allen in the Hill Times, the acting chief of the defence staff said that “we need to hold ourselves to account” on the issue of how female members of the CAF are treated.

That is exactly what can’t happen.

There is no question that bringing accountability to shameful and hurtful behaviour against women is a good idea. But the military has already proven that it is unable, or unwilling, to do that job. As far back as May 1998, Maclean’s magazine was running successive cover stories on rape in the military. When the people at the very top of the organization in 2021 are being accused of violations of the code of conduct, the military is clearly incapable of investigating itself.

An RCMP rife with sexist abuse

The sad truth is that several of the country’s signature institutions continue to be run by an Old Boys Club with the values of another century when it comes to women. The Canadian Armed Forces is just the latest example.

As of December 2020, the federal government has paid out over $100 million to women sexually assaulted and harassed by their male colleagues in the RCMP.

Former Supreme Court justice Michel Bastarache investigated sexual abuse of females in the force. His report was called Broken Lives, Broken Dreams: The Devastating Effects of Sexual Harassment on Women in the RCMP. After releasing his report, Bastarache told the Parliamentary Standing Committee on Public Safety and National Security in late 2020 that at least 130 female officers and employees of the force had been raped by other members. In making that jaw-dropping statement, he observed that “the level of violence and sexual assault that was reported was shocking.”

Bastarache also said that the RCMP gave cover to offenders. “Like the Catholic Church, they just move them to another parish. I have a list [of RCMP officers] who have been found guilty up to 15 times. Those people have been promoted.”

And then there is that chamber of sober second thought, the Canadian Senate. Last fall, the Senate agreed to pay nine employees of disgraced former Sen. Don Meredith $498,000. Earlier in the year, the Senate issued a “historic” apology to Meredith’s victims. 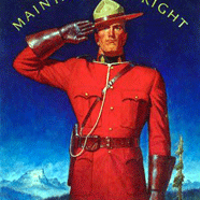 Trouble is, it took the fusty parliamentarians seven years to settle the case. The abused women were re-traumatized by the slow and secret work of the Senate. As for Meredith, a then 52-year-old married Pentecostal minister, he resigned in 2017, after it became public that he had had an affair with a teenager while a sitting senator. By resigning just before his colleagues were to hold a vote to expel him, he could still claim his $25,000 pension for his six years of public service. Disneyland doesn’t offer anything more remote from reality than that.

Unless it is this. Prime Minister Justin Trudeau, an avowed feminist, tweeted the following in 2014: “The days when old men get to decide what a woman does with her body are long gone. Times have changed for the better.”

You could have fooled me.