In light of a surge in anti-racist uprisings, provincial legislators may want to take a moment to reflect upon what their predecessors did in taking “British Columbia” into Canada 150 years ago in 1871.

As the legislature reconvenes Monday, MLAs should pause and listen to the stories that these Indigenous lands are trying to tell us about our past.

And they should see Black History Month, which ends Sunday, as a time to reflect, reconsider and write new stories that align more closely with the moment we are living in. A moment of anti-racism. A moment of decolonization. A moment of accountability, when governments, institutions and people might draw together around a vision of the past and present what offers hope for a better future.

In that spirit we have worked with a diverse group of authors to produce Challenging Racist “British Columbia”: 150 Years and Counting, a booklet that takes a new look at that history and the present, which we hope will contribute to rethinking where we have come from and where we are going.

In the wake of Black Lives Matter, the Wet’suwet’en defence of the land and the movement against COVID-19 racism targeting Indigenous, Black and Asian communities, this publication was not easily written, nor is it easily read. It traces how these contemporary movements have a historical link to the very foundations of the “building” of “British Columbia.”

But most of all the booklet honours the many people from Indigenous, Black and other racialized communities, as well as their allies, who have fought for racial justice over the past 150 years.

Our province’s origins as a separate British colony on the Pacific Ocean meant a small group of white men negotiated unique Terms of Union with Canada in 1871. There were jurisdictional disputes with the federal government, but in the end Ottawa capitulated, allowing a white minority here to impose what we call the Pacific politics of white supremacy. This resulted in:

This legacy lives on today, mainly in the form of systemic racism.

In a recent meeting between the W̱SÁNEĆ Leadership Council and Parks Canada, government representatives “informed” W̱SÁNEĆ (Saanich) leaders that they were buying land on Prevost Island, near Salt Spring and within the territory of the W̱SÁNEĆ peoples, and turning it into a park. This island belongs to the W̱SÁNEĆ people, it has never been sold or ceded.

In another similar meeting, B.C. government officials dealing with a subdivision proposal on James Island near Sidney told Tsawout First Nation leadership that our Douglas Treaty rights, and our outstanding claim to our Island — called L,TOS — is not their department, and walked away.

Similar manifestations of systemic racism have come to light in health care, in education, at the Royal BC Museum and in the justice system.

Looking beyond indictments to champions for change

As hard-hitting as it is, Challenging Racist “British Columbia” is mainly a volume of hope, honouring the giants who have been doing the work of anti-racism and anti-colonialism for 150 years and more. These historical figures are not addendums to a history of the province — they are its history.

We honour the late Dave Elliot Sr., the W̱SÁNEĆ Elder who was a fisher and traditional knowledge-keeper of the old ways of fishing, including reef-net fishing, unique to the W̱SÁNEĆ people. In retirement he taught young people the history of the lands and water he knew in the old way.

We honour Emily (Emma) Stark, the first Black teacher on Vancouver Island who began teaching in 1874 at the age of 18. We highlight the poetry of Priscilla Stewart, who captured the spirit of early Black newcomers in her 1858 poem “A Voice from the Oppressed.” 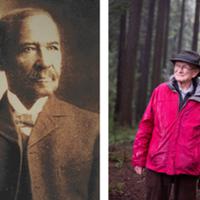 A Key Book on BC’s Black Pioneers Is Back and Better, 42 Years Later

A huge figure in the fight for Japanese Canadians’ right to vote in B.C., Tomekichi Homma figures prominently in this resource, as does Vivian Jung who, with the support of her classmates, broke the colour bar at public swimming pools and went on to become the first Chinese Canadian teacher in the Vancouver school district.

We feature stories of solidarity, including an image of the 1907 anti-Asian riots when a Japanese business owner called his best friend, a Sikh, to help clean his store after it was vandalized. It isn’t the story of the vandals that matter, it’s the story of the solidarities that arose.

Solidarity is what we portray in pictures of Sikh gurdwaras — sites of activism for the broader South Asian community where Sikhs, Hindus and Muslims came together to fight racist legislation and fought for the right to the vote. 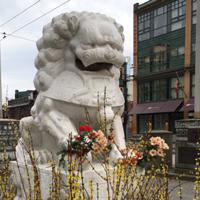 White Supremacy in ‘British’ Columbia, and the China Syndrome

In a recent article, University of Regina dean of education Jerome Cranston argues that a truly transformed educational system requires that “those with power in education first understand how systemic racism is enmeshed in organizational structures, policies and practices and how these helped them both succeed in school and their careers.”

We agree. Transcending privilege and transforming institutions go together.

Black History Month ends Sunday. But we hope Challenging Racist “British Columbia”: 150 Years and Counting will be a resource that helps assure the anti-racist efforts in B.C. will continue throughout the year and beyond.

Challenging Racist “British Columbia”: 150 Years and Counting is available as a free download here. The publication is open access, allowing full and free accessibility for educators, community members, policy makers, librarians and individuals. The goal is that this resource will be used widely as people and organizations across B.C. work towards dismantling their own inequities, racism and lack of diversity.