Being a queer ally is more about what you do than what you say. In the queer community, we have learned not to trust empty words.

BC Liberal Leader Andrew Wilkinson likes to say that he does not accept discrimination in his party, yet up until recently he had candidates like Laurie Throness running under his banner. Throness has defended an article supporting conversion therapy, a discredited practice that claims to turn people heterosexual. Wilkinson is aware of this.

The BC Liberals have had trouble with this issue for years. In May 2013, I resigned as campaign manager to BC Liberal MLA Mary Polak, leaving the party and the campaign because I no longer felt comfortable in a political atmosphere that tolerated hatred. Though Polak herself was not bigoted, the BC Liberal Party was still quite happy to allow homophobia to exist amongst their ranks, profiting from their votes in the Fraser Valley.

And it would seem that the party has not learned much in the past seven years.

Wilkinson did not throw Throness out of the party because of the Chilliwack candidate’s outdated views on LGBTQ2SIA+ people. Throness exited only after his incredibly inappropriate remarks comparing contraceptives to eugenics.

The delay in Throness leaving the party should show all of us where the BC Liberals put their priorities: scooping up votes from conservative Christians in the Fraser Valley. Even now, members of his own party are still questioning Wilkinson’s leadership abilities. BC Liberal provincial membership chair Nicole Paul said that the party has “a problem in the leadership of the party and their lack of willingness to stand up for diversity, inclusion and the values of BC Liberal members — not just the interest of a small group of constituents.”

Conversion therapy? Contraceptives as eugenics? Wilkinson was smart to dump Throness this week, but he had months to do it and did nothing.

In British Columbia, we have made significant progress toward the inclusion of people with diverse sexual orientations and gender identities, yet there are still LGBTQ+ people across this province, young and old, who fear holding their partner’s hand in public. There are queer young people who become homeless because they are afraid to be at home. There are queer people who still face violence and discrimination for simply being themselves.

Throughout this election campaign, the leader of the BC Liberals has been forced to respond to questions about his party’s candidates and their positions on LGBTQ+ issues. Rather than take bold action earlier, Wilkinson simply referenced the fact that he has a close family member who is gay. That is the rhetorical equivalent of saying you’re not a racist because you have Black friends. This is not good enough for the leader of a major party.

Not all discrimination is violent. Sometimes it can be subtle and nonetheless disturbing.

A few years ago, I was walking along the Salmon Arm wharf with my partner, and we were holding hands. A group of men passed by and gave us ugly glares. I shared my experience with the Salmon Arm mayor and members of council. A few days later the mayor and a handful of councillors took me out for coffee to discuss the incident, and they expressed their regret for our recent experience in their community.

I told them that our biggest concern was not for ourselves but for the young LGBTQ+ people in their community. The councillors said that they were working with city staff and local leaders to deliver a Pride festival, which ended up happening the following summer.

To be an ally means following your words with action.

Now would be a great time for the BC Liberals to follow the example of the Salmon Arm city council and show that they are a party against hatred.

The following are three ways that all politicians can be better LGBTQ+ allies, regardless of their political party.

1. Educate yourself on the core issues facing those from diverse sexual orientations and gender identities. Read books and watch films that showcase the lived experiences of queer people in Canada. 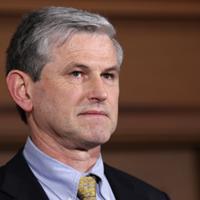 2. Build relationships with queer people into your network, whether family, friends or folks who might be outside your existing circle. These relationships will be essential for you to understand what it means to live as a queer person. If you are elected or running for office, have a roundtable discussion with a selection of local LGBTQ+ leaders (and youth) in your community.

3. Support local LGBTQ+ organizations working to improve the lives of people in your neighbourhood. In downtown Vancouver, Qmunity and Covenant House are two examples of organizations that all politicians and leaders should get to know and support. Qmunity is a registered charity that provides low-barrier access to mental health services like counselling and support groups, as well as social programs for LGBTQ+ seniors and youth. Covenant House’s core mission is to help youth experiencing homelessness in our city, many of whom are LGBTQ+.

But these three steps are only the beginning. To become a true ally of LGBTQ+ citizens, political leaders should take additional steps to eliminate any form of discrimination, including misogyny, anti-Indigenous hatred, racism, transphobia and others. Words aren’t enough.