Just when it seemed things couldn’t get any worse for the BC Liberals, along comes Laurie Throness to highlight Andrew Wilkinson’s weakness as leader.

Throness quit as the party’s candidate in Chilliwack-Kent on Thursday, less than 24 hours after comments at an all-candidates meeting opposing the NDP, Green and Liberal promise of free contraception.

“It contains a whiff of the old eugenics thing where, you know, poor people shouldn’t have babies,” he said. “And so we can’t force them to have contraception so we’ll give it to them for free. And maybe they’ll have fewer babies so there will be fewer poor people in the future.”

His position, apparently, being that the option of avoiding unwanted pregnancies should only be available to people with money. Or perhaps that no one should use contraception.

Wilkinson responded to the comments more like a weathervane than a leader. In the morning, he expressed disapproval but said nothing about taking action.

“Let’s be clear, I support government providing free contraception to anyone in B.C. who wants it,” he tweeted. “What Laurie Throness said was wrong and against my position as leader of this party. I will be making this very clear to Laurie when we next speak.”

After the issue blew up, Wilkinson went beyond promising to give Throness a stern talking to and pushed him out. The Liberals said he resigned from the party “after discussions with the leader.”

This disaster was entirely predictable, and avoidable.

Throness is a committed religious social conservative. Almost 18 months ago he made it clear that he was prepared to ignore BC Liberal policy and advance his own views. In May 2019, he spoke to an anti-abortion rally outside the legislature condemning women’s right to choose and the right to medically assisted death when suffering becomes intolerable.

“I’m pro-life because it’s a matter of faith and natural law, that life is sacred from conception until natural death,” he told the small rally.

At the time, Wilkinson responded by re-affirming the party’s official pro-choice position. But he didn’t publicly rebuke Throness. And he didn’t start the process of finding a different candidate for the riding.

Throness challenged Wilkinson again in July, when it was revealed that 14 Liberal MLAs had used taxpayer money to buy ads in The Light, a small conservative Christian magazine that has opposed the province’s sexual-orientation and gender-identity policy in public schools, and gay marriage; and supported conversion therapy.

Wilkinson said Liberals would no longer advertise in the publication, but Throness initially balked, saying he would continue to support the magazine because it aligned with his “Biblical Christian” values.

We’ve seen this show before in the campaign. Wilkinson fumbled his response to MLA Jane Thornthwaite’s sexist and creepy comments about NDP MLA Bowinn Ma in a party roast of retiring MLA Ralph Sultan in the same way.

One of the big challenges for a BC Liberal leader is keeping the party together — federal Conservatives and Liberals, fundamentalist Christians, resource workers, urban real estate developers and people who just don’t like the NDP.

Which might explain Wilkinson’s reluctance to do anything about the Throness problem.

Throness isn’t just a religious social conservative. He’s also firmly in the right wing of the federal Conservative camp. Way back in 1984, he was an assistant to a B.C. Social Credit cabinet minister. Then he took a job with Reform MP Chuck Strahl and later worked in the Opposition leader’s office for Preston Manning, Stockwell Day and Stephen Harper.

Pushing him out before the campaign would have likely alienated some federal Conservative members of the BC Liberal coalition. But it would have avoided this mess.

It remains to be seen how federal Conservatives and social conservatives in Wilkinson’s party will react to the decision to dump Throness, or whether it will lead to more support for the BC Conservatives, who have candidates in 19 ridings. Throness will still likely win his seat in Chilliwack-Kent and sit as an Independent. 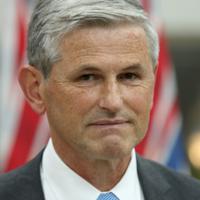 They Degraded Bowinn Ma and Got Caught. Then BC Liberals Made It Worse

She’s a Langley Township councillor and voted against endorsing a rainbow sidewalk in the community after winning the Liberal nomination. Research has shown that symbols of inclusiveness like rainbow sidewalks reduce the risks of suicide or self-harm for LGBTQ2S+ girls.

The NDP again called on Wilkinson to dump her after the Throness announcement.

But the hype has portrayed him as the “smartest guy in the room.”

At this point in the campaign, BC Liberal supporters must be wondering just how many people were in that room.