Given the choice, governments usually prefer to buy a pound of cure rather than an ounce of prevention. Prevention is politically boring; as the saying goes, “You know public health is working when nothing happens.”

But that attitude has cost us, with over 33 million cases (and counting) of COVID-19 globally and more than a million deaths — not to mention the loss of trillions of dollars, countless jobs and the imminent collapse of whole industries.

In a recent editorial in the British journal The Lancet, its editor Richard Horton has tried to re-frame the debate over pandemic response. “COVID-19 is not a pandemic,” he wrote. “It’s a syndemic.” That’s a relatively new word for health problems that combine to make matters much worse.

“Two categories of disease are interacting within specific populations,” Horton explains, “infection with severe acute respiratory syndrome coronavirus 2 [SARS-CoV-2] and an array of non-communicable diseases. These conditions are clustering within social groups according to patterns of inequality deeply embedded in our societies.”

That’s why Indigenous communities in Canada have gone to lockdowns: they know from bitter experience that some of their experiences with poverty, poor housing, poor water supply and poor nutrition have resulted in higher rates of non-communicable diseases like diabetes, hypertension and cardiovascular disease. That in turn makes them vulnerable to COVID-19.

They are not unique. Economic collapse is pushing millions more into poverty, exposing them to a viral infection that will target those with pre-existing non-communicable diseases.

Even supposedly “rich” nations like Britain are putting their poorest citizens at extra risk. As Horton observed in a recent Guardian article, “Illness and death have been concentrated among the elderly, those living with chronic disease, people from Black, Asian and minority ethnic communities, and those who have been working in frontline public services, from health and social care to transport, food production and distribution.” He went on to say, “A more equal society is a safer, kinder and more prosperous society.”

But a more equal society is precisely what most governments don’t want, least of all Canada’s. Trudeau’s government was terrified by the pandemic into once-unthinkable measures like the Canada Emergency Response Benefit, which has just ended. Its replacement, the Canada Response Benefit, is off to an uncertain start. Replacing CERB with a permanent basic-income program is out of the question, and so are programs that might support locked-down businesses and their workers for an extended period of time.

The government is even invoking COVID-19 as an excuse for missing its March 2021 deadline for ending all boil-water advisories on Indigenous reserves. That, of course, only ensures that Indigenous health will remain precarious.

Many have assured us that “We’re all in this together,” bearing equal shares of the pandemic’s burden. But others have noted that the pandemic has exposed every hairline crack and stress fracture in society: it’s not a coincidence that street protests have broken out around the world, from Belarus to Melbourne to Portland. People working from home, including politicians, aren’t really in this together with teachers, nurses, supermarket cashiers and caregivers in long-term care facilities.

So some of us are in deep, and some of us are merely inconvenienced. Part of the inconvenience consists in having to think how to return to the status quo ante. Governments have opened up restaurants and casinos, schools and post-secondaries, with utterly predictable results. Quebec is closing down again, except for schools and businesses. Ontario, with a record 700 new cases on Sunday, seems certain to do something similar.

No matter how many pounds of cure we buy, the effects are the same: more people get sick, every long weekend produces a surge in cases, and more “essential” workers are among them — including health-care workers, caregivers and the marginalized. But governments will go on paying with lives, because an ounce of prevention would be far more costly to them.

After all, if a syndemic involves a collision of an infectious disease with the health consequences of inequality, governments would have to fight inequality at least as seriously as COVID-19. Just for starters, that would mean clean water and vastly improved housing and education on every Indigenous reserve in the country, no matter how remote.

It would also mean adequate housing for homeless people, and resources to treat addiction and mental health issues as seriously as we treat cancer. It would mean paying “essential” workers as if they really were, so they could afford better food and leisure time for exercise.

Fighting inequality would also mean a serious expansion of medicare — not just pharmacare, but programs to improve mental health at all ages and in all occupations, and far better support for seniors and their caregivers. Such programs would require far more health-care workers, and we would need to support those going into the field with generous scholarships and forgivable loans; immigrants with medical training should be fast-tracked to meet Canadian standards. 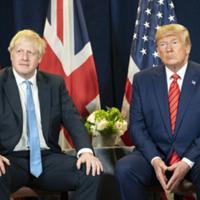 Only a Newly ‘Vigilant Society’ Can Stop the Next Pandemic

No doubt it sounds expensive as hell, and it would be if we were the only taxpayers. But we should be long past the stage where our relationship to the billionaires is that of awestruck fans cheering for their favourite entertainers. And we should also be past the stage where our national purpose is simply to grow the economy for the billionaires while we get nothing for our own efforts.

Simply put, we should redefine Canada’s purpose from futile growth for growth’s sake to something simpler: taking care of one another, as equals.

“Our societies need hope,” Richard Horton wrote in the conclusion of his Guardian article. “The economic crisis that is advancing towards us will not be solved by a drug or a vaccine. Nothing less than national revival is needed. Approaching COVID-19 as a syndemic will invite a larger vision, one encompassing education, employment, housing, food and environment. Viewing COVID-19 only as a pandemic excludes such a broader but necessary prospectus.”