The oil lobby’s political friends are melting away faster than an Alberta glacier. Every crack in that coalition is a foothold for a green and just recovery from the pandemic.

The latest sign was ExxonMobil being dropped from the Dow Jones Industrial Average on the same day that Storebrand, a major European investor, announced it was blacklisting the company over its anti-climate lobbying.

The Dow Jones Average is an index that tracks 30 large, publicly traded “blue chip” (read: financially sound) companies. Exxon and its predecessor companies had been part of the Dow Jones index since 1928, so that snub had to sting.

But Storebrand’s new climate policy is even more important.

The company is a major asset manager, with US$91 billion in investments. It announced that it would divest from companies like ExxonMobil and Chevron that are actively lobbying against the Paris Agreement or climate regulations.

“We are not only vulnerable to the systemic disruptions that climate change will unleash on ecosystems, societies and our own portfolio companies,” said Storebrand CEO Jan Erik Saugestad. “We also have a key role to play in accelerating the de-carbonization of the global economy.”

Storebrand also blacklisted companies that get more than five per cent of their revenues from coal or oilsands. Major investors like Blackrock, Deutsche Bank, HSBC and the Norwegian Oil Fund have announced similar exclusions as they, too, reduce their exposure to fossil fuels.

Yet Storebrand has consistently been about five years ahead of its peers on climate action, so expect “no lobbying against climate policy” to become the new norm amongst mainstream investors.

That is a huge shift from when I started working on climate change. Back in the 1990s, there was a powerful, united campaign of climate denial and delay run by coal, oil and car companies, with the support of banks and Chambers of Commerce.

Auto manufacturers were forced to formally leave the climate denial camp 20 years ago to avoid damage to their brands, and in the last few years they seem to have abandoned their single-minded defence of the internal combustion engine. The ensuing explosion of corporate electric vehicle strategies can be seen as a visionary move or a hedging strategy to avoid becoming the next Kodak (who invented the digital camera but buried it in hope of keeping their film sales strong). Either way, electric vehicles are a major threat to the market for oil.

Big Oil’s entourage got even smaller when it threw King Coal under the bus. In Canada, the oil lobby loudly applauded Alberta’s coal phase-out plan and began to promote liquified natural gas exports as a lower-carbon alternative to coal, ignoring the fact that fossil gas can just as easily be displacing renewable energy.

Now the oil lobby itself is splintering.

The Canadian Association of Petroleum Producers is one of the most powerful political actors in the country because it can claim to speak on behalf of the entire sector. It has campaigned relentlessly against climate action for decades. It even met secretly with the Conservative campaign team in advance of the last federal election to strategize on how to defeat the Trudeau Liberals and “silence environmental critics.” More recently, CAPP used the pandemic to argue for a “tools down” approach that would pause all new climate policy measures and roll back existing protections, even as pipeline construction proceeded.

Industry associations like CAPP exist to do the political dirty work so member companies, operating at a distance, can polish their green credentials. In the last two years, however, that polite fiction has come under attack as virtually all major oil companies have faced shareholder resolutions demanding details on the lobbying done on their behalf by these associations.

This led Shell to publicly warn CAPP last year that it is considering leaving the organization over the association’s opposition to climate action. In February, BP identified CAPP as a lobby group with which it was only partially aligned on the need for climate action and warned that “if our views cannot be reconciled, we will be prepared to part company.”

Then last month French oil giant Total dropped a bomb. It announced it was leaving CAPP, citing a “misalignment” between the organization’s public positions and those expressed in Total’s climate ambition statement. 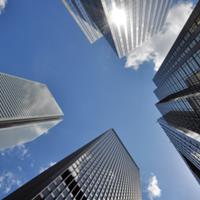 Total’s exit makes it much harder for other self-proclaimed environmental champions like Shell, BP or Suncor to continue paying millions of dollars in annual dues to finance CAPP’s lobbying efforts.

That’s good news for our politics, as CAPP has been the most effective barrier to climate action in the country.

A cornered beast is the most dangerous. Oil companies are creating and funding front groups to put a “grassroots” face to their campaigns. They are buying equipment for police forces. And through the province’s carbon tax and large emitters, they indirectly provide $20 million a year to the “War Room” established by Alberta Premier Jason Kenney to “fight back” against environmental groups and investors advocating for a low-carbon future.

This aggressive response is a reflection of weakness, not strength. It is well past time for oil companies to stop paying lawyers and PR companies to delay climate action, and start hiring the next generation of engineers and workers who will transform them into renewable energy providers.