On a recent Friday morning, I was jolted awake by the sound of fists banging against the glass panels of my front door.

Startled, I leapt out of bed. I heard voices shouting from outside, identifying themselves as police and demanding that I answer my door. Without any time to get dressed, I wrapped my bed sheet around my lower body and approached the source of the noise. I could make out the silhouettes of two police officers and a hand reaching through my front mail slot, trying to peek inside.

I opened my front door and was met by two white women in Montréal police uniforms, with guns in their hip holsters. There was a squad car waiting outside with at least one more officer. The officers at my door informed me that I, or someone within my apartment, had called them. I had not called, and there was no one else in my apartment. I said this and explained that up until a moment ago I had been asleep. This was not what the officers wanted to hear, and I could see them becoming more agitated. They did not believe me.

I pressed for more information. They said someone had called 911 about a woman in distress and that they had reason to believe this person was in danger and in my apartment. The officers began to make it very clear to me that they would not leave until they had searched my apartment. I was terrified.

This disturbing scenario is what I, a Black man, woke up to on the morning of Juneteenth. Celebrated on June 19, Juneteenth commemorates the end of slavery in the United States and the emancipation of millions of African Americans.

Juneteenth has been in the spotlight recently in large part thanks to the Black Lives Matter movement and the monumental protests against police brutality in the U.S. and across the world. The holiday’s shift into the mainstream has been fuelled by a tsunami of recorded incidents of racism and police brutality shared on social media.

At a time when so many are calling for the defunding of police departments, I found myself in a scenario that I have only ever read about. An ordeal I would not wish on anyone, but especially not a person of colour. I am talking about “wellness checks,” which are supposed to prevent self-harm, but in the cases of D’Andre Campbell, Regis Korchinski-Paquet, Chantel Moore, Rodney Levi, Ejaz Choudry and many others, they resulted in death. All five of these victims of recent police violence in Canada were Black, Indigenous, or people of colour.

Like most Canadians I knew very little about wellness checks. I did not know that it could happen without your consent and that it, theoretically, gives anyone the power to unleash multiple armed officers to your door.

I cannot begin to describe the nerve-wracking feeling of being gaslit in my own home by two heavily armed police officers. It was a waking nightmare so illogical, so bizarre, that it felt like a sick joke.

I live alone. The only people that I have allowed into my apartment since mid-March are my landlord and the repair people that came to fix an urgent water pipe issue. This is because I live in Quebec — the hardest hit province in Canada by COVID-19. The very thought of having two strangers enter my apartment — without face coverings — during a global pandemic was, and still is, unacceptable to me.

Nonetheless, they began to enter my apartment and I instinctively did the only thing I thought I could to protect myself: I stepped away from the door, reached for my phone and pressed record.

An officer told me “[they] got a call. Someone is in danger here, so we gotta check.” They had fully invaded my apartment when I asked, “who called you?”

The officer replied, “I am not going to give you his name.”

Unsatisfied, I repeatedly told the officers that I did not give them permission to be inside of my apartment and that I felt harassed. They proceeded to ignore my wishes. I asked to see a warrant and to my surprise the officer responded that “we don’t need a warrant if a life is in danger.”

I began to ask myself: how could this possibly be happening right now? How could the police be granted such sweeping authority and the power to invade and search my apartment? All of this, on the basis of an unsubstantiated and possibly anonymous phone call?

I have grown accustomed to living under suspicion from those in authority. Growing up, I, like most visible minorities in Canada, have been conditioned to fear the police. My own friends and family have been carded and harassed by the police simply on the basis of the colour of their skin. These unjust and humiliating encounters are what creates the impression that the police do not serve our communities and that they instead function to protect the status quo.

Distrust is one reason why wellness checks conducted by armed police officers, no matter the intentions, can escalate tensions and lead to preventable deaths.

According to a CBC investigation, there have been 461 fatal police encounters in Canada between 2000 and 2017, which disproportionately killed Black and Indigenous people. The report found more than 70 per cent of the victims of police violence “[suffered] from mental health and substance abuse problems.” This horrific figure exposes the uncomfortable truth that the most vulnerable Canadians among us are not receiving the support they need. That our government, instead of supporting social workers and community programs, is shovelling resources towards bloated police departments that are woefully unprepared and clearly unsuitable to support Canadians with mental illnesses or substance abuse problems.

I reached out to the Montréal police for answers in the wake of my unwanted and unsettling encounter. In a response to my complaint, Lt. Baiamonte Salvatore said the call was from a man reporting suicidal ideas. Salvatore cited a chapter of Quebec’s mental health and safety legislation about self-harm in lieu of answering questions about a warrant. I still do not know who called 911 or why, which has left me in a state of unease. Was this a case of mistaken identity? Or was there an underlying malicious intent behind sending the police to my home? I do not know.

What I do know is we need to listen to experts. The Centre for Addiction and Mental Health, one of the leading mental health care institutions in the country, recently denounced racism and the role police play as first responders during wellness checks. 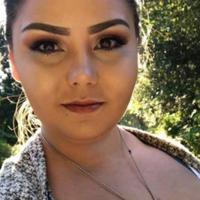 A Nation Mourns for Chantel Moore

CAMH has called for a “new direction in crisis care,” where “people in crisis are first met by mental health responders making strategic investments in community mental health and intervening earlier to prevent crisis escalation.”

Now is the time to radically re-imagine how we care for the most vulnerable groups in Canada. We need to confront systemic racism within law enforcement and tackle police brutality by publicly tracking police misconduct.

There is no reason why we should not have a national database setup in Canada that openly collects and shares data on all deadly interactions between the police and the public. We need to take action and hold law enforcement accountable before any more lives are lost.

I was left feeling unsafe and with the sinking feeling that if I ever did have a mental breakdown, or if I found myself in a vulnerable situation — I would never want to be on the receiving end of a “wellness check” ever again.