Ever since we arrested Meng Wanzhou in December 2018, we have been been in trouble with China. To meet our legal obligations to the U.S., we had detained a very important person, and China wanted the rest of the world to know bad things would happen to any country that misbehaved as we had: arbitrary jailing of our citizens, trade problems, and fewer international students, for example.

That made 2019 a rough year in Canada-China relations, and the COVID-19 pandemic has only made matters worse by encouraging us to snipe at China.

So our ambassador to Beijing, Dominic Barton, has called China “heavy-handed” in its diplomacy, and Justin Trudeau has backed him up. Jason Kenney, having abandoned all hope of selling bitumen to China, has accused the Chinese of playing “a significant role in the devastating public health and economic damage that is being experienced by the entire world.” (The Chinese consulate in Calgary promptly shot back.)

We’re all feeling stressed by being personally and economically locked down. Politicians express their anxiety — and divert ours — by bashing China. Local racists express theirs by attacking individual Canadians who look Chinese. It’s getting to China as well, or the Calgary consulate would have ignored Jason Kenney.

China-bashing may help us vent, but it’s a very temporary symptomatic relief. Whatever “normal” looks like when the pandemic is over, we’ll all have to get along on both personal and international scales. That won’t be easy to do if we’ve spent the pandemic harassing one another with cheap shots and tearful reproaches.

That’s especially true in international relations, where we swing between “values” diplomacy, choosing friends like ourselves, and “realpolitik,” where hard-nosed self-interest is the highest value of all.

Under values diplomacy, the Soviet Union hated everyone and everyone hated the Soviet Union — except during the Second World War, when realpolitik made “Uncle Joe” Stalin our great and grateful ally against the Nazis. Then the war ended and we and the Russians went back to being enemies.

American values diplomacy has always supported free, fair, democratic elections, except when they elect people the Americans don’t like, such as Mohammad Mosaddegh in Iran in 1953, Jacobo Arbenz in Guatemala in 1954, and Salvador Allende in Chile in 1971. “He may be a son of a bitch, but he’s our son of a bitch” was a realpolitik principle of American foreign policy through the 20th century, but some SOBs fell out of favour and then out of power, like Manuel Noriega in Panama and Saddam Hussein in Iraq.

Canada and other western nations claim to like countries whose professed values accord with ours even if their behaviour does not. But we sell armoured personnel carriers to Saudi Arabia and put up with Saudi abuse when we express the mildest criticism of their regime.

In the case of China, we usually lock our values in the basement. In the 71 years it has held power, the Communist Party of China has been directly responsible for the deaths of scores of millions of Chinese in a series of political disasters: the class-war massacre of “rich peasants” after 1949, the Great Leap Forward, and the Cultural Revolution. Who would want to make deals with such a regime?

Well, everyone, starting with Richard Nixon. Values diplomacy plays very well at domestic press conferences, but realpolitik brings in the revenues and enhances power. Nixon’s rapprochement with Mao in 1972 threw the Soviets seriously off-balance and set the stage for Deng Xiaoping’s transformation of the Chinese and world economies.

The pandemic seems to be bringing down the curtain on 40 years of astounding economic growth in China, not to mention 40 years of western toleration of Chinese oppression. Consumers voted with their wallets. If it brought down the cost of a smartphone, it couldn’t be all bad.

But president Xi Jinping has consolidated his power both domestically and internationally, in part by exploiting issues like the arrest of Meng Wanzhou. His version of diplomacy asserts Chinese supremacy regardless of laws or treaties. He also has revived the old imperialist principle of extraterritoriality, by which westerners in China were immune to Chinese law.

The bluster of the weak

The suppression of data on COVID-19 early this year only made matters worse. China might make reliable smartphones, but it couldn’t be trusted to alert the world to a dangerous virus. The Chinese had dithered for a crucial stretch of time, which made them look both oppressive and weak.

That only encouraged oppressive, weak ditherers like Donald Trump to blame the Chinese for the pandemic and threaten to cut off relations altogether. Trump’s behaviour, of course, has made the U.S. look even weaker, so the Chinese are happy to Yankee-bash. Similar disputes go on in any Grade 8 classroom in Canada.

The trouble with realpolitik is that it’s focused on a short timeline, like any Grade 8 quarrel: the current news cycle, or at most the next election. Someone will come out the short-term winner, and someone the loser. Winner and loser will then get into another short-term quarrel and another quick win or loss. The U.S. played this game with the Soviets for almost half a century; when they quit for good in 1991, the Americans hardly knew what to do with themselves, until Osama Bin Laden came along.

In hindsight, it’s clear that realpolitik and values diplomacy are both policies of bullshit artists: you make ugly faces at the foreigners who scare you, and you talk values to your own voters whether you believe those values or not. Both approaches convey weakness, and all great powers feel weak (or say their enemies are stronger, to justify more military spending). So their adversaries bluff back to reassure their own people that they’ll be protected.

A truly confident great power would ignore the dramatics and think ahead. Lord Palmerston famously said “Nations have no permanent friends, only permanent interests,” and one of those interests is surely to avoid recurrent wars. Germany was twice our mortal enemy, and is now likely a better friend to Canada than the U.S. is. But it cost the world tens of millions of lives to achieve that relationship.

The people who work in their countries’ foreign services are highly educated and very intelligent, but they spend much of their energy in serving Grade 8-level politicians who want yet another food fight over some imagined insult. I suspect that Canadian and Chinese diplomats have spent a lot of time together commiserating over the follies of their bosses when they might have been building the foundations for a solid relationship to help get the world through the rest of this wretched century.

Imagine a Canadian diplomat sitting down with her Chinese opposite number and suggesting something like this: “The pandemic will be over eventually, but we know more pandemics will follow. The climate is going to get worse every year. The U.S. may eventually get a grip on itself, but it’s going to be in recovery for a long time. And we’re all going to have to become more self-sufficient than we used to be. 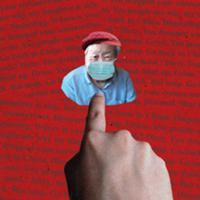 “So let’s see if we can work out an arrangement that benefits us both and won’t collapse because of some transient problem. Let’s try to go easy on the behaviour that pisses the other country’s public off, like imprisoning the Uighurs or hassling Chinese investors without good reason. Let’s ignore the flak from some of our factions; it’s going to look pretty trivial when sea levels drown Shanghai and Vancouver.

“We understand that after the violent century between the Opium Wars and the People’s Republic, China wants stability and prosperity. So do we. And we think that both China and Canada want to enter the 22nd century as coherent political entities, not as disaster zones.

“If you agree,” our diplomat might conclude, “let’s talk about how we and other countries could co-operate to build a world that’s in all our long-term interests — a China with Chinese characteristics, a Canada with Canadian characteristics, an America and Europe and Africa and Latin America and South Asia with whatever characteristics will get them to 2100 as civilizations their grandparents would be glad to see.”

The Chinese response, positive or negative, could determine the fate of the world.