If mass layoffs and emergency stimulus laws were the symptoms of economic malaise caused by COVID-19, the confirming diagnosis came in the form of the International Monetary Fund’s April 14 report, The Great Lockdown. And if we wanted a second opinion, the Bank of Canada provided it the next day with a report that was alarming in what it didn’t or wouldn’t say.

The IMF’s best-case scenario assumes that the pandemic “fades” in the second half of 2020, and “containment efforts can be gradually unwound,” permitting some economic rebuilding. Even so, “the global economy is projected to contract sharply by -3 per cent in 2020, much worse than during the 2008-09 financial crisis.”

Strikingly, the IMF implicitly endorses a program that is socialist in all but name:

“The immediate priority is to contain the fallout from the COVID-19 outbreak, especially by increasing health-care expenditures to strengthen the capacity and resources of the health-care sector while adopting measures that reduce contagion. Economic policies will also need to cushion the impact of the decline in activity on people, firms and the financial systems reduce persistent scarring effects from the unavoidable severe slowdown; and ensure that the economic recovery can begin quickly once the pandemic fades.”

The IMF approves such policies in many of the advanced countries as well as in China, Indonesia and South Africa. It argues that “Broad-based fiscal stimulus can preempt a steeper decline in confidence, lift aggregate demand, and avert an even deeper downturn. But it would most likely be more effective once the outbreak fades and people are able to move about freely.”

The IMF’s alternate scenarios are perhaps more realistic: they assume that the pandemic takes longer to suppress in 2020 or resurges in 2021, or both. It is widely understood (at least among epidemiologists) that a premature relaxation of social distancing would indeed bring COVID-19 surging back. We would then have to start social distancing all over again, supported by an even shakier economy.

Meanwhile, its April Monetary Policy Report makes the Bank of Canada look like the proverbial deer in the headlights: “Given the uncertainty surrounding the outlook, the Bank has decided not to present a base-case projection in this report.”

“Uncertain” and “uncertainty” are words the business community hates; they appear frequently throughout the report.

Between bad and catastrophic

The report goes on to say, “The Bank has used scenario analysis to estimate the level of real GDP to be about 1 to 3 and 15 to 30 per cent lower in the first and second quarters of 2020, respectively, than in the fourth quarter of 2019. Despite a high level of uncertainty, these estimates suggest that the near-term downturn will be the sharpest on record.” The Bank’s scenarios, like the IMF’s, range between bad and catastrophic. The masters of Canada’s financial universe find that it is not unfolding as it should, and they sound truly lost. Their world is gone and will not return.

Meanwhile, the New York Times reports 22 million U.S. jobs lost in the past four weeks, and declares “It’s the End of the World Economy as We Know It.” We are unlikely to find salvation in foreign trade anytime soon; countries will be striving for self-sufficiency, not renewed dependence on global trade.

So the Depression of 2020 is going to be very tough, and we’d better be prepared for some ugly social and political consequences in our key institutions.

The media, especially newspapers, were already tottering before the pandemic. Advertising dollars had moved online, leaving newspapers and magazines with few ads. Community papers are folding, with the survivors appealing for reader support to stay alive. Even the Globe and Mail is almost ad-free — at one of its finest moments, when its reportage has never been better.

Some kind of government support will be essential to keep papers alive. Government propaganda? Well, they’ve been corporate propaganda for decades, and they were party propaganda before that; somehow some good journalism emerges anyway. Filter the government’s money through an arm’s-length Crown corporation, and make sure the papers keep giving governments a hard time.

Education, especially post-secondary, is likely to implode well before the end of the pandemic. Our colleges and universities, underfunded by governments, had become too reliant on foreign students. Now the foreigners will stay home, if only because their parents can’t afford to ship them overseas, and Canadian students won’t be able to afford current brutal tuition rates. To a lesser degree, many school districts will lose foreign students while also facing sharp falls in government funding. Thousands of professors, teachers and support staff will find themselves unemployed; some will sell their homes at give-away prices and seek early retirement in smaller communities — where housing prices will suddenly rise.

One dubious solution: online courses, continuing the improvised education programs slapped together during the pandemic. It won’t work very well because people learn best in intensely social environments like classrooms.

Health care: More public than ever

Health-care workers and first responders will become effectively incompatible with the homeless and drug users. We simply cannot expose our frontline workers to needless threats to their own health. The solution is simple: house the homeless, and provide safe drugs to drug users. We can save the moralizing for 2030 or later.

By 2030 we will also have to greatly expand and extend the health-care system — recruiting and training health workers, paying them well, and giving them meaningful work from big-city hospitals to Indigenous clinics. A new emphasis on mental health would more than pay for itself in fewer workdays lost and reduced demand on the system. 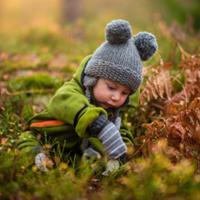 Let’s Emerge from This Crisis with a Greener Economy

Democratic institutions were endangered in the last depression, and new threats are already arising. We’d better prepare for political reactionaries to emerge. They’re already a major factor in American politics, most recently protesting pandemic shelter-in-place policies. In Canada, the last depression inspired crank movements like Social Credit and outright fascist groups like the Blue Shirts. But depressions also see more constructive responses, like the Co-operative Commonwealth Federation, and we can expect similar left-wing movements to emerge from the present crowd of left and green groups.

The worse things get, the more extreme the political solutions will become. Perhaps Canadians can draw on the experience of countries’ response to COVID-19: those that acted swiftly and decisively prevented the far worse outbreaks suffered by more cautious governments.

In confronting the new Great Depression, Canadian policy should follow an old principle: He who hesitates is lost.