One of the many stories that the pandemic has eclipsed is Jason Kenney. Alberta’s premier is suddenly at risk of going from being one of Canada’s most successful populist politicians into its most outdated leader.

Before COVID-19 turned Times Square into a ghost town, shut down the NHL, and closed Parliament, the New York Stock Exchange and the Taj Mahal, Kenney was making news directing elbows into Justin Trudeau’s grizzled beard — elbows sharpened by years of political skirmishing. He kept bugging Trudeau to concentrate on the economy. Alberta’s primarily.

It was the familiar harangue: Ottawa was failing the West and the energy sector, and it had to stop or else. Trudeau had other fish to fry, including extravagant promises on fighting climate change — promises he largely broke during his first term, and for which he was punished by voters in 2019.

After crushing Rachel Notley and the NDP in that year’s provincial election, Kenney turned his guns on the feds with a vengeance. His base was suffering from extreme economic angst. Nothing concentrates the mind like being out of work. Alberta’s premier had lots of targets: the hated carbon tax, the cancellation of the Energy East pipeline in 2017, and sluggish progress on the Trans Mountain pipeline expansion project.

With the decision by Teck Resources to drop its $20.6 billion Frontier mine in the tarsands, and Warren Buffett walking away from the $9-billion Quebec LNG project, it was easy for Kenney to twist the narrative and blame Ottawa again. Trudeau was doing for foreign investment what COVID-19 has done for cruise ship bookings.

Dealing with a PM who had just lost his majority government, Kenney’s bully-boy tactics seemed to be working. Trudeau appeared to be back on his heels. Kenney rallied other premiers to his side, and got the hotter heads back home doing the separation two-step.

Kenney stamped his cowboy boots with vigour. Trudeau had to hand over wads of stabilization cash, approve more pipelines, and even help clean up the province’s environmental mess, a legacy of irresponsible oil industry players. According to Kenney, Ottawa should adopt Alberta’s orphan mines. (It just might). Otherwise, national unity would be at stake.

In the middle of mugging the feds, Kenney was hit by a double whammy for the ages. COVID-19 took the world by storm, crashing the stock market like a house of cards. And then there was the catastrophic drop in the price of oil after Russia, OPEC and Saudi Arabia rumbled over the issue of cutting supply to prop up sagging prices.

Russia would not agree. Saudi Arabia then increased its production massively, and slashed its prices in an effort to get Moscow to bow to cuts. Mr. Putin didn’t blink. Welcome to West Texas Intermediate oil hovering around US$22 a barrel — less than a third of the price needed by Teck Resources to make its Frontier project in the tarsands viable.

And welcome to the truth about the tarsands and Jason Kenney. Turn out the lights, the party’s over. It has been for quite some time. This week, oil made from Alberta bitumen was going for just over $7 a barrel, discount and all.

The premier lives in the past, a place where successive Conservative governments relied on what they believed would be ever-increasing oil revenues; where you didn’t have to have a real Sovereign Wealth Fund like Norway’s; you didn’t need a sales tax; climate change didn’t exist; gas would always be cheap; and no one had ever heard of shale fracking.

If things really got sticky in the patch, there was always the federal government to bash. Not anymore.

Trudeau can’t be blamed for either COVID-19, or the catastrophic drop in the price of oil. There is only a ticking clock on fossil fuels as they overheat the planet, decades of bad resource management in Alberta, and Kenney’s determination to carry on the tradition.

Simply put, the province has a lot of a resource that no one wants, and fewer institutions are willing to invest in as the carbon window closes on a dying industry. There is a reason that so many companies have simply sold their interests in the tarsands: Koch Industries, Royal Dutch Shell, Norway’s Statoil and Marathon Oil. They can’t make money. Not making money doesn’t fit into anyone’s strategic plans.

There is also a reason that other companies like Imperial, ConocoPhillips and ExxonMobil admit that billions of barrels of oil within their tarsands holdings will likely be left in the ground.

These are the stranded assets that the former governor of the Bank of England, Mark Carney, made headlines with a few years ago. He told the insurers of Lloyd’s of London that if humankind wanted to keep rising temperatures to 2 C, (reaping the whirlwind is the alternative), the vast majority of known oil reserves were “unburnable.” New reserves were simply superfluous.

Kenney must have missed that speech. He remains king of a carbon bubble he stubbornly refuses to see. There never will be a return to Happy Days, oil patch style, and the big boys know it.

How could it be otherwise with oil prices that energy consultant Andreas de Vries recently wrote could fall to $10 a barrel in 2020? It just hit $22 a barrel for West Texas Intermediate in the wake of President Donald Trump telling Americans to stay home to avoid spreading COVID-19. No one burns much gas when they are sheltering in place.

Conservative estimates predict that the fallout from the pandemic will include a 10-per-cent drop in the demand for oil. There is already a huge glut on the market that is driving prices downward. With borders closed and travel restrictions slapped on by governments worldwide to fight the pandemic, demand for gasoline, diesel and jet fuel will crater.

Under the circumstances, it is simply laughable to premise the province’s financial plans on an average price for oil of US$54 a barrel. Hans Christian Anderson must have written Alberta’s last budget.

Kenney can argue that even if tarsands companies aren’t making money, at least they can still borrow it from banks like Toronto Dominion and Royal Bank of Canada — which, to their everlasting shame, is true. But even the lending picture is changing.

The financial sector is slowly realizing that it too is a climate player, in many ways the most critical one. After all, bankers are financing the very industry that scientists tell us has given us a fevered planet. 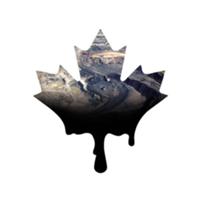 The Other Emergency Is Crashing Oil Prices

The European Investment Bank, the largest public bank in Europe, decided in 2019 to wash its hands of financing for most fossil fuel projects. Ten other European banks have followed suit. One of them, UBS in Switzerland, has specifically dropped financing for Arctic oil, coal mines, and tarsands projects.

When companies can’t make money from their tarsands assets, and more and more banks won’t finance such projects, there is only one option left — the one Kenney will likely choose: government will become the financier of last resort for a doomed industry.

Kenney has thrust the Batmobile into reverse. He is offering his electorate a ride back to a time when Barry Manilow was crooning Mandy, and Peter Lougheed was premier of Alberta. Just one problem. There is no highway to the past. Using public money to finance oil and gas projects through the Alberta Energy Company, the way Lougheed did nearly 50 years ago, is delusion on roller skates.

Alberta’s problem isn’t that Ottawa is blocking the path to past glories. It is that the province’s leaders haven't got the guts to tell it the way it is.

Whether they admit it or not, a low-carbon future is coming, and it will radically change the energy industry. By clinging to a dream of the 1970s, Alberta’s political leadership is missing the train to the future. Destination: transition training and the creation of alternative, sustainable industries for the province. If their supporters ever realize that, Kenney will one day be driving the Zamboni at the Saddledome.

As for Trudeau, it would be a major mistake to allow Kenney to use the COVID-19 emergency to extract federal tax dollars for the fossil fuel industry. That doesn’t square with his promise to fight climate change. Besides, Ottawa already put one multibillion-dollar pipeline on the public tab, and that is one pipeline too many.