Gig work leaves many people lonely, powerless and underpaid. Its current business model is built on stripping workers of basic rights. And more and more us face lives in precarious work, our futures determined by algorithms.

So what’s being done to restore balance to a system that’s now overwhelmingly weighted to favour the interests of employers?

In Canada, not much.

The gig economy companies — Uber, Lyft, Skip the Dishes and a host of clones — exploit weaknesses in employment laws developed half a century ago. Their main argument is that the people who work for them are not their employees, but independent contractors, and thus not entitled to protection under employment standards laws, minimum wage regulations or labour codes. Their lawyers craft coercive agreements designed to make resistance futile.

Canadian governments, including the BC NDP government, have chosen to ignore the attack on workers’ rights and resulting increase in inequality.

That’s left employees and allies to take on the battle.

Looking to the courts for help

Drivers for Skip the Dishes and Uber have both turned to the courts. But that’s a slow and expensive process as low-wage drivers take on multi-billion-dollar corporations. The odds are very much stacked against them.

A 2018 attempt to file a class action suit on behalf of Manitoba Skip the Dishes drivers, for example, is on hold. The suit wanted the court to declare drivers are employees, not contractors. But the corporation’s contract bars drivers from any collective activity, from class action lawsuits to petitions to associations.

The Manitoba Skip the Dishes drivers have decided to wait on the outcome of a similar lawsuit filed by Uber Eats drivers in Ontario. The company has fought that effort all the way to the Supreme Court of Canada, with a decision expected this year.

The slow pace, high costs and power imbalances means the courts aren’t a practical solution for most employee groups.

Some gig economy workers have also explored the option of forming unions to bargain collectively. In Toronto, some Uber drivers have allied with the United Food and Commercial Workers.

But they are a long way from being certified as a union.

For starters, the companies will argue the workers are contractors, and thus barred from bargaining collectively. (The B.C. Labour Relations Board has agreed to hear a UFCW application to have Uber and Lyft drivers in the province classed as employees.)

Even if they’re classed as employees, gig employees are hard to organize. They bounce from workplace to workplace — if there is one — so arranging meetings or rallies is difficult. Turnover is high — 96 per cent for Uber, according to one report — so people who sign a union card might be long gone by the time a vote is called. And they have no protection from reprisals for any hint of organizing action.

So organization and collective bargaining isn’t a solution at this point. (Though the UFCW’s efforts are worthwhile.)

The reality is that restoring basic rights to these workers is up to governments. And in Canada, they’ve dodged their responsibility.

California is the current leader in tackling the injustices of the gig economy although other U.S. jurisdictions have taken some steps.

Last year, the state passed a law that would result in most gig economy workers being classified as employees and thus covered by basic workplace protections.

The law included a clear and strict definition of contractors. Those workers have to be free from “direction and control” in doing their jobs. They have to be doing something “outside the usual course of business of the employer.” (A painter at fast food place can be a contractor; the person who flips the patties is an employee.) And they have to be contributing some specialized skills, like a trade or profession.

The legislation, which took effect Jan. 1, means some 400,000 to 1.5 million people in the state will have basic employment rights — minimum wage, sick leave, unemployment benefits.

Uber and Lyft have simply ignored the law so far. Gig companies have filed a federal court challenge and promised to spend $100 million on a ballot initiative — like a referendum — to overturn the legislation. 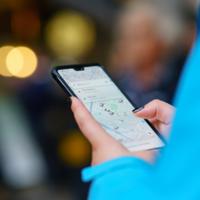 And they have also launched a lobby effort to find a compromise solution, including the option of an employment category between contractor and employee, with additional benefits.

The California law has been criticized by some workers in the gig economy — particularly freelance writers who fear companies will dump them if they’re classified as employees.

But it’s at least an effort to bring greater fairness to the growing number of people working in the precarious world of the gig economy.

That world works as a choice for some people. (I’ve been living in it for 24 years.)

But increasingly it’s a way to strip workers of their rights to the benefit of employers.

And in Canada, governments have chosen to stand by while that happens, and more and more citizens find themselves in low-paying, insecure jobs, with no workplace rights.