Vancouver Harbour is the terminus for the Trans Mountain Pipeline Expansion project, or TMX. If completed, the pipeline’s threefold increase in capacity promises a seven-fold increase in tanker traffic. That in turn raises the threat level of a catastrophic spill of diluted bitumen into a waterway that is, among other things, critical habitat in the traditional territories of the Tsleil-Waututh and Squamish First Nations.

Those nations oppose the approval of TMX, as do several others, including the Coldwater Indian Band, located inland just south of the town of Merritt. The Coldwater’s opposition stems from a threat to an aquifer which is the main source of its members’ drinking water. (The band’s complaints were documented extensively by The Tyee in October.)

In Courtroom 601 of Canada’s Federal Court of Appeal in downtown Vancouver this week, three judges presided over a judicial review of the decision by the Trudeau government in June to approve the pipeline.

Before them were 27 black-robed lawyers (and a few more in civilian clothing) who outnumbered the peasantry in the packed courtroom (an overflow crowd watched a patchy video stream in a room two floors above).

The lawyers lined up on either side of a chasm that continues to exist between a national government that is impossibly conflicted by its position as both owner and regulator of the pipeline, and Indigenous peoples for whom that same government has fiduciary and constitutional obligations.

It is a chasm made wider by the fact that many First Nations simply don’t agree with Canada’s interpretation of what constitutes the “national interest” — TMX being Exhibit A.

Put simply, Canada chose in June to give regulatory approvals to a project it owns, having satisfied itself that its consultation with First Nations was good enough — even though several of them claim the government flat out ignored their issues, again, and even tampered with peer-reviewed science that supported their concerns about the environmental risks posed by TMX.

So right now, the pipeline is being built. Canada has “barged ahead” with the project, according to Tsleil-Waututh First Nation counsel Scott Smith, even though the most contentious issues brought by First Nations remain unresolved.

Cam Brewer, a lawyer for the Coldwater Indian Band, told the court, “What we have is a decision that cannot be honourable and cannot be in the public interest.”

The Tsleil-Waututh First Nation argue for instance that it is not in the public interest to entertain the risk of what Smith called a “black swan event” if tarsands dilbit were to spill into the harbour or into the waters of the nearby Georgia Strait — concerns that stemmed from expert reports they commissioned and presented to the government.

In their submission to the court, they say that unbeknownst to them, Canada had its own experts review their reports, and when the government’s own experts “substantially agreed” with the Tsleil-Waututh First Nation’s, the government withheld that fact from them during consultations.

“Canada instead took positions contrary to those of its own scientists,” Tsleil-Waututh First Nation told the court. Only after the consultation period ended did the government provide its reviews to the First Nation, whose examination of draft and final reviews revealed “that the conclusions within were altered to advocate for project re-approval.”

Smith said in court that the reviews that concurred with the Tsleil-Waututh First Nation’s concerns were “altered by unknown persons.”

Not so, said government lawyer Dayna Anderson, who also said the government was under no obligation to provide what it considered to be an internal review to the Tsleil-Waututh First Nation in the first place.

“In no way did Canada attempt to suppress or alter scientific information,” she said. “To the contrary, Canada has been extremely transparent.”

What aggravated the Tsleil-Waututh First Nation was that their experts and government scientists agreed no one knows enough about what dilbit will do when spilled, and that that was something that should be tested and studied. Hardly rocket science, or as Smith put it to justices Noël, Pelletier and Laskin, “We’re not landing spaceships on the moon here.”

What hasn’t been done, and seems devilishly hard to do, is to get government to take a giant leap towards reconciliation, let alone a baby step towards climate leadership. Instead, TMX is proving to be an object lesson in how far away Canada is from either.

Like the Tsleil-Waututh, the Coldwater feel they were hoodwinked by a government that had already decided to approve TMX.

Matthew Kirchner, for the Coldwater Indian Band, told the court of a proposal a government negotiator made on June 7 — a day after the consultation period had ended and just 11 days before cabinet approved the project — to hasten a hydrogeological study required to assess risks to the Coldwater’s fresh water source.

The government, without consultation with the band, proposed a deadline of Dec. 31 for that study to be completed, despite expert opinion that two years, not six months, of data would be required to properly understand the risks the pipeline posed to the Coldwater Indian Band’s aquifer.

But Jon Kahn, a government lawyer, blamed the band for being unresponsive to government consultants, declining a meeting with the natural resources minister at the time, and asking for more time to study an alternative route that would avoid the aquifer altogether.

Meanwhile, in a “Memorandum of Fact and Law” filed with the court, the company, Trans Mountain Pipeline, complained that at one point Coldwater took three weeks to respond to a letter from the company, “allegedly due to ‘spring break.’”

Read side by side, the government and company accounts and those of the affected First Nations are so fundamentally at odds with each other that it’s clear no amount of meetings could have cured either side’s frustration — especially given a government-imposed deadline that it needed to approve or deny the project by mid-June. 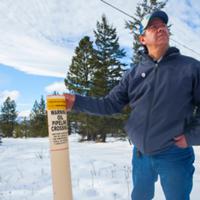 Why Trudeau’s Trans Mountain Dreams May Trickle Out in Coldwater

Then Justin Trudeau was all set to campaign for re-election with a new “certificate of public convenience and necessity” that authorized TMX, satisfied the government’s duty to consult First Nations, and proved to Albertans that the Liberals could get their gunk to tidewater.

Except he fooled nobody. There were still enough deficiencies in the do-over of consultations that the judicial review that took place this week was ordered by a court that tore up the original approval in the first place. As for Albertans — they showed the Liberals, including the natural resources minister, the exit in October.

And now a pipeline is being built, still with no conclusive and objective evidence that it doesn’t threaten the Coldwater’s water, or that dilbit can be cleaned up, or that southern resident killer whales can survive the onslaught of an increase in marine traffic in B.C. coastal waters, or that black swans won’t descend like lawyers on the Salish Sea.

What will the judicial review conclude?

From a seat at the back of the courtroom on the first day of the judicial review, none other than Brian Smith, former Social Credit attorney general from the Bill Vander Zalm era, handicapped the three judges based on their body language. It was early in the proceedings, but Smith leaned over to a companion and scored it one judge for the Tsleil-Waututh, one against, and one in the middle.

Wherever the scale of justice comes down in the end, it’s hard to imagine justice actually being done when it comes to TMX. The whole process has been unedifying, other than to reveal that there are no winners from a system that is out of step with the times. The justice system’s adversarial nature, Canada’s adversarial nature, is the greatest barrier to climate justice that we have. And it renders anything but greeting card approaches to so-called reconciliation null and void. Merry Christmas.