LifeLabs — Canada’s major provider of lab diagnostics and testing services — announced on Dec. 17., 2019, that hackers had potentially accessed computer systems with data from “approximately 15 million customers” that “could include name, address, email, login, passwords, date of birth, health card number and lab test results.” As a Canadian citizen whose data and whose family’s data is probably among the 15 million records stolen, my first thought is about the implications of this breach.

At the International CyberCrime Research Centre in the School of Criminology at Simon Fraser University, we’ve been studying online hacker communities for about seven years and the Dark Web for the past four years. The Dark Web, with its large number of marketplaces (called cryptomarkets, think eBay for drugs and stolen data), is a fascinating place where all sorts of products, data and services are made available for purchase. Payments are made using anonymous (mostly) untraceable digital currencies. I would expect parts of LifeLab’s database to eventually end up in a marketplace like that.

We recently identified a cyber-attack that involved unauthorized access to our computer systems. We are sorry that this incident happened. The data has been retrieved, and a law enforcement investigation is underway. For more info, visit https://t.co/gUYdHeR0Kh.

This points to a likely ransomware attack, where the attacker encrypts the data on a computer system and makes it inaccessible. Unless a backup of the data exists, the only way to recover the data is by paying the attacker a ransom, who sends the victim the decryption keys to unlock the data. Most of these ransomware attacks use encryption so strong that even security firms cannot unlock the files, which has led to a new type of business where consultants help ransomware victims negotiate and pay the ransom.

In most ransomware cases the data remains on the victim’s computer, but its access is revoked through strong encryption. This implies that the attackers do not actually have a copy of the data and thus the chances for future revictimization remain low. However, the language of the OIPC indicates that in this case, the data were “extracted.” This puts a new twist on the story.

Ransomware attackers sometimes do use ransomware — software that threatens to block access or publish data — that not only locks files, preventing the victim from doing anything, but also leaks the files back to the attackers. This allows the attackers to potentially extort more money from the victim, as happened a few weeks ago to Allied Universal, a security firm in California. That seems to be the case with LifeLabs.

If this is true, then our data is out there, in the hands of cybercriminals, and will remain out there. LifeLabs has stated that they have “retrieved the data by making a payment,” but if the cybercriminals already have a copy, then retrieving it will not suddenly disallow the attackers from further using that data. Did LifeLabs not have a proper backup and recovery procedures in place so it could recover from this failure without having to resort to paying a ransom?

The likely scenario is that LifeLabs fell victim to a ransomware attack, possibly sparked by a phishing email with a malicious link or attachment, which resulted in up to 15 million customers’ information (our information, not LifeLabs’) being extracted to the attackers. LifeLabs paid the ransom to regain access to the data and continue business.

What can we, as customers, do? Unfortunately, not much.

The data theft is beyond our control. Periodically we must do business with third-parties that require our personal information and we have no choice but to hand it over. Implicit in this transaction is that the other party (LifeLabs, for example) will protect that data. The only available option we have as customers is to be vigilant of our personal information, including financial and health details; but this is after the data theft. 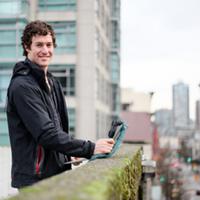 The Tyee Is Upping Its Security Game

We must check our credit card statements, our credit histories, our insurance claims. We must not use the same password in multiple places and should use two-factor authentication whenever possible.

Potentially the best way to prevent future breaches would be to incentivize organizations that collect our personal details to secure them properly. This could be done by changes to the legislation, like in the European Union and its new General Data Protection Regulation (GDPR) introduced in 2018.

In August 2018, the British Airways website was breached and 500,000 customer details stolen. The United Kingdom’s Information Commissioner’s Office handed down a fine of £183 million (approximately $321 million), based on a new U.K. law designed to mirror the EU’s GDPR. With penalties like that, third-party organizations would have no choice but to take data security seriously, rather than as an operational cost.