Climate change is one of the top issues for Canadians heading into the October federal election.

The Conservatives, NDP and Greens have now released plans describing how they intend to respond to the emergency of rising global temperatures. The Liberals haven’t yet released a climate platform, but are expected to build on policies the party is already implementing.

Meanwhile the news about climate change is getting scarier. Last October, the Intergovernmental Panel on Climate Change calculated we have until 2030 to halve global emissions, or else risk destabilizing the foundation for human civilization. An April report from the federal government warned that Canada is already warming twice as fast as the rest of the world. And in May, the United Nations predicted about a million species could go extinct because of global temperature rise and other human activities — a finding that received significantly less media coverage than the birth of a royal baby.

With so much at stake, and with wildly different proposals for what to do, The Tyee reached out to two non-partisan experts for assistance in parsing and evaluating each party’s plan.

Isabelle Turcotte, the director of federal policy for the Pembina Institute, based her analysis on criteria set out this June by the clean energy think tank.

A successful climate plan should apply to the entire economy, accelerate renewable energy development, boost innovation, force individuals and companies to pay for pollution, train workers for the energy transition and restore and protect Canada’s natural landscape, the institute stated.

Here is what Turcotte and Fenton think thus far about the federal climate plans. Their remarks, which come from separate interviews, have been edited for length and clarity.

Conservative Party of Canada: A Real Plan to Protect Our Environment

Defining feature: Gets rid of Canada’s current carbon pricing system. Replaces it with a policy requiring companies that emit over 40 kilotonnes of greenhouse gas emissions per year to pay into a research and development fund for green technology.

Turcotte: “I would say that it does not offer us progress, it’s not offering us policy continuity. In 2019, you do not dismantle climate plans, you do not dismantle policy, you build on them. One of the key tenets of this plan is to scrap the price on pollution. That’s not a good policy decision. It will not send a good signal to industry. If we’re putting in policies then taking them away, industry is not going to know what to do.”

Fenton: “It’s a plan to expand fossil fuel production. It’s a plan to blow past climate targets. The technology we need we already have. Solar energy is already the cheapest form of energy on the planet. What we need to do is massively invest in deploying it. They’re talking about the idea of inventing our way out of this crisis without ever having to address the fact that we’re digging up and burning so many fossil fuels.”

Climate target: A 30-per-cent reduction in greenhouse gas emissions below 2005 levels by 2030. This is the target Canada agreed to at the 2015 Paris talks and would contribute towards halting global temperature rise at 2 C.

Defining feature: Implements an economy-wide price on carbon emissions. Some of the revenue is returned to individuals as tax rebates, while large industrial emitters pay into a different system.

Turcotte: “What carbon pricing does is that because of the flexibility it offers the private sector and industry to reduce emissions, they’ll make investments on their own terms in innovation and adopting low carbon technologies. You’re getting to that objective but much more cost-effectively. But there’s still a 79-megatonne emissions gap in meeting the Paris target under their plan. So we’ll be looking to see how they’re acknowledging this head on and putting forward solutions to bridge it.”

Fenton: “The Liberals haven’t put out anything looking forward to this election. I think they have an opportunity to articulate a much bolder vision. The problem is they’re still operating as if we have 30 or 40 years to tackle this crisis, and they’re bringing in policies and making decisions that would have totally worked if it was 1992 right now. What their plans completely fall short on is the actual urgent timeline we're working on.”

Climate target: Vows to reduce emissions in line with what is required for stabilizing global temperature rise at 1.5 C, but doesn’t give a specific percentage target. Says it will achieve a 450-megatonne reduction by 2030, which works out to a 37-per-cent reduction of emissions below 2005 levels.

Defining feature: Promises to spend $15 billion to help create 300,000 jobs in industries driving the low-carbon transition, in addition to support for carbon pricing.

Turcotte: “I think any plan has to address the just transition conversation. We need to create buy-in for climate action by making sure that all Canadians feel like there’s a place for them, so those that work in incumbent industries feel like they’re not just being told, ‘well sorry you’re out of a job.’ Not everyone who’s working in the coal or oil and gas industry will work in the renewable energy industry, but there’s a huge opportunity there.”

Fenton: “Overall I think it’s a really solid-looking plan that’s far and above anything I’ve ever seen from the NDP before. They really get that we have to connect social issues along with climate and environmental issues. There are some things about it that are still a little bit worrying. A promise to get to what the science says is necessary in terms of emissions reductions, rather than an actual plan to figure it out, is always something that makes me a little bit worried.”

Climate target: A 60-per-cent reduction in greenhouse gas emissions below 2005 levels by 2030. This is double the current Liberal target and in line with what the IPCC says is needed to stabilize global temperature rise at 1.5 C. 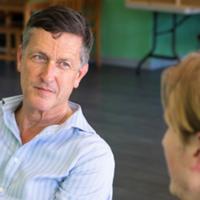 Defining feature: A 20-point plan that includes a promise to maintain carbon pricing, create millions of jobs ensuring all Canada’s buildings are carbon neutral and banning the fracking of natural gas.

Turcotte: “There is warranted criticism on our climate target under Paris that it’s not doing our fair share, that 30 per cent by 2030 compared to 2005 levels would not be sufficient in terms of our contribution to the problem. So we need to do more. There’s no doubt that the role of the oil and gas industry will need to shift. It’s a conversation that’s really difficult that the Greens are very bravely trying to encourage Canadians to have by putting this forward.”

Fenton: “In some ways the NDP plan is strong where the Greens’ is weaker and vice versa. The Greens are a lot clearer on the specific science-based targets. There’s nothing in the Green plan that’s really clear on what the actual mechanical steps of the just transition are other than we’re going to retrain workers. Things like a job guarantee are in my mind a critical part that’s missing from the platform.”