As the Conservative opposition attacks the Trudeau Liberal government over LavScam, a Tyee article that drew big traffic four years ago and then went dormant is once again attracting thousands of readers.

That piece is “Harper: Serial Abuser of Power, The Evidence Compiled: The Tyee’s full, updated list of 70 Harper government assaults on democracy and the law.”

You can find it here.

The article lists dozens of serious abuses of power racked up by former prime minister Stephen Harper and his Conservatives from the time they formed government in 2006 until the date the article was published, Aug. 10, 2015.

The list was not concerned with Tory laws, policies or positions disagreeable to people whose politics don’t lean right.

Instead, The Tyee defined abuses of power to be the opposite of good government, acts ranging from “scams to smears, monkey-wrenching opponents to intimidating public servants… some offences are criminal, others just offend human decency.”

The article drew on suggestions from Tyee readers as well as journalists. Each carefully researched item in the list is linked to credible journalistic sources, including newspapers such as the National Post and the Globe and Mail whose editorial boards had backed the Conservatives in the previous election, and would do so in the fall of 2015.

The article quickly became one of The Tyee’s most read ever, and was one of the most widely read pieces by any news organization covering the federal election. After the contest was won by the Justin Trudeau-led Liberals, traffic for the article faded and it resided in The Tyee’s digital archives.

With another election coming, Trudeau and his party deny improper pressure was applied to former minister of justice and attorney general Jody Wilson-Raybould in hopes of stopping a criminal trial of Montreal-based engineering firm SNC-Lavalin.

Wilson-Raybould and former Treasury Board president Jane Pilpott, who say the political interference was real, have resigned from cabinet. Trudeau’s top advisor Gerald Butts and Privy Council clerk Michael Wernick have quit their posts, as well.

After Wilson-Raybould gave testimony to the House justice committee on Feb. 27, NDP Leader Jagmeet Singh called for an independent investigation into the affair.

Trudeau had “lost the moral authority to govern,” he charged, and was a “prime minister who allows his partisan, political motivations to overrule his duty to uphold the rule of law. A prime minister who doesn’t know where the Liberal Party ends and where the government of Canada begins.”

Perhaps not coincidentally, that’s when The Tyee’s rap sheet on the last Conservative government began gaining a lot of new readers.

In the past month, the piece has received more than 14,000 page views, a near 2,000-per-cent jump over this time last year. Its numbers topped almost all other Tyee stories this month.

Who is suddenly reading and sharing the article and why?

It’s not hard to imagine why members of both the federal Liberals and NDP would find it apt to promote. The Liberals could point to the bad record of the Conservatives as evidence they were just as scandal-plagued when in power, or more so. The NDP might offer the piece to people souring on the Liberals as proof their party offers a cleaner alternative to the Tories.

Scheer was a Conservative MP throughout the Harper government, rising high in its ranks before becoming House speaker. He was first elected as a Saskatchewan MP in 2004, after accusing his opponent of being soft on child pornography because, in Commons debate, he’d warned against censoring art such as Nabokov’s novel Lolita.

A recent tweet by Tyee web director Bryan Carney noted the article has been popular of late.

The story has never flatlined, but Carney points out that the day after Wilson-Raybould’s testimony, traffic began to ramp up. First, the hits came from Google.

Next, the traffic started to arrive from social media.

So much Conservative nonsense these recent days as if they forgot that their front bench is basically ALL ex-@StephenHarper Cabinet Ministers... They have to wear their record. People don't forget that quickly THIS level of skulduggery. #cdnpoli https://t.co/aTfOBouozV 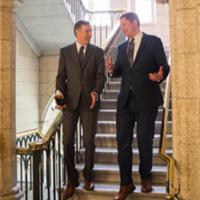 Canadian Politicians Are Playing a Dangerous Game on Migration

Facebook drove the most social media related traffic, which is hard to trace given tightened rules around sharing from groups. But examples like this one show a similar pattern — reminders to any Conservatives who may claim they’ve gained moral high ground.