The crash of Virgin Galactic's SpaceShipTwo on a test flight last Friday reminded me of the deaths of three astronauts at Cape Canaveral in 1967, three Russian cosmonauts in 1971, and the explosion of the Challenger shuttle in 1986 -- a tragic price to pay for humanity's love of exploration. 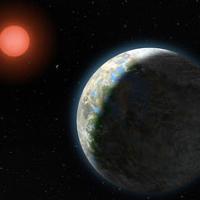 Who Cares If Some Planet Is Inhabitable?

But this tragedy was not in the service of a nation, much less humanity. It was a matter of occupational health and safety in a for-profit business backed by a tycoon. And there had been various warnings of extreme risk, waved off by Virgin Galactic.

One came from Tommaso Sgobba, executive director of the International Association for the Advancement of Space Safety. He cautioned that the propulsion system Virgin Galactic chose "has created quite a lot of concerns between the safety experts that the company was potentially on a difficult path."

Reportedly, prior to the crash the project's safety engineer and two other senior executives walked off the job because of fears that someone would be killed in pursuit of billionaire Richard Branson's space tourism "dream."

Back in 1951, Robert A. Heinlein published a novella called The Man Who Sold the Moon. It describes the efforts of an American tycoon, D.D. Harriman, to fund and build the first manned trip to the moon (in 1978).

To do so, Harriman cheats, lies, cons and bullies his colleagues and the public alike; he even arranges for diamonds to be brought back, supposedly found in moon dust, as an incentive for more trips and a commercial lunar colony. His only disappointment is that the ship can carry only the pilot and no passengers, so he doesn't get to go.

But the pilot returns with real lunar diamonds, everyone wants to invest in the colony, and Harriman's success is assured.

As we approach the 50th anniversary of the first moon landing, Heinlein's vision of a buccaneering free-enterprise future for space travel is beginning to look prescient. In fact, he and countless other writers of space opera have just projected the European exploration and conquest of the world onto a larger screen.

The idea of vast wealth just beyond the horizon, ripe for the taking by anyone with horse, foot and artillery, has never really left us.

That's why it was traumatic for the American psyche when the 1890 census declared that the frontier had closed. The Americans compensated by striking across the Pacific to annex Hawaii and conquer the Philippines. Vietnam might be construed as Sitting Bull's revenge: the last great "Indian war," with the Indians winning.

And as the Vietnam War was turning against the Americans, Star Trek appeared on their TV screens, with William Shatner intoning: "Space, the final frontier." With a subordinate international crew, America would again find riches and adventure over the horizon -- as a society run like an American battleship from the Second World War. As someone has observed, a routine Star Trek plot involved a threat against the starship, with Captain Kirk adroitly managing to "free Enterprise."

In the 1960s and '70s, however, real free enterprise was busy designing fast-food franchises, faceless suburbs and ugly cars for commuting to them. That's where the money was. There was no money to be made in space, despite the dreams of Heinlein and his readers (like me). Free enterprise couldn't afford to develop computers, either, except with government orders.

So both space travel and computers emerged as government projects, inspired by the Red Menace of the 1940s and '50s. Only the threat of nuclear annihilation could squeeze enough money out of taxpayers to pay for such oddball fantasies.

The Cold War triggered a space race between the world's two superpowers, but by the time America put a man on the moon, it was an empty-net goal: the Soviets had quit the race, and the fun went out of space soon after. "If we can put a man on the moon..." became the routine start for a complaint about some earthbound funding problem.

Dining out on your adventures in space

Manned space flight has always been a political issue because it's so damned expensive to put human beings into an environment they didn't evolve for. By comparison, building a galleon and sailing it from Spain to Cuba or Mexico or Africa was like putting a quarter in a slot machine and getting the jackpot, almost every time.

So when the Soviet threat evaporated, so did the political support for humans in space. We've built an International Space Station, and Cmdr. Chris Hadfield has returned from it as perhaps the most-liked guy in Canada. But we haven't seen any serious economic returns from putting him and his colleagues up there.

In fact, money to keep the ISS running has come in bizarre ways: we outsource a lot of the launches to it from Russia, which runs a kind of cheap Rocket-2-Go service. Some supplies are delivered by private rocket (one blew up after launch last week). And we even allow a few super-rich individuals to visit the station as tourists.

Still, $20 million for a 10-day trip is a bit steep, and that explains why a new market has emerged for a still-pricey but much cheaper way to dine out on your spacefaring adventures: book a suborbital trip on the Virgin Galactic space plane at $200,000 a seat.

Virgin Galactic has had a lot going for it: funding by billionaire entrepreneur Richard Branson and (for a while) the sovereign wealth fund of Abu Dhabi; state-of-the-art engineering; and great marketing. SpaceShipTwo's design is far more beautiful than the kludgy spacecraft that took astronauts to the moon.

So it was tragic when SpaceShipTwo, on its first manned launch since last January, exploded and crashed into the Mojave Desert on Friday, severely injuring pilot Peter Sielbold and killing co-pilot Michael Alsbury, a 39-year-old father of two young children.

But we should understand why Alsbury died: to help develop a fun ride to the top of the atmosphere with a few minutes of free fall at the top, for a market consisting of the top one per cent of the One Percent.

The floors of the world's oceans are littered with the remains of ancient ships launched in hopes of making a buck, whether their cargoes were wine or slaves or the strange Antikythera mechanism. The purpose of SpaceShipTwo is just the same, but it's more like Cleopatra's barge than the Titanic: something designed not to transport people and goods, but to tell the gaping 99 Percenters who's in charge.

Richard Branson is no D.D. Harriman wanting to own the moon. He is a bright and likable man with, it appears, a whim of iron. He will doubtless find the money to learn from this disaster, to build a better SpaceShipThree, and to find paying passengers for it. Space technology in general may advance through what his team learns.

In the meantime, we will learn far more about outer space from the publicly funded unmanned machines we keep sending up, whether it's China's latest lunar exploration or the Huygens probe that's been exploring Saturn and its moons for almost a decade -- far longer than humans could have.

At some point, private enterprise may well leapfrog into space thanks to tax-supported research and development, just as today's internet evolved from an American defence-related project.

But with our governments running deliberately short of revenue, we risk a future governed by billionaires' whims: Elon Musk's fondness for electric cars, Bill and Melissa Gates's choices for helping the Third World, or Paul Allen's interest in buying sports teams and supporting brain science.

We will ultimately end up paying the shot for those whims. We may get rich, like the conquistadors, or we may end up like the millions who died of smallpox from Tierra del Fuego to Prince Rupert. If we are to go into space, or embark on any other great venture, the world's people should decide to pay for such ventures, and not the 85 individuals who control as much wealth as the poorest 3.5 billion of us.