Hope might feel antithetical to 2020 as we struggle to contain COVID-19, come to terms with the structural, racist failures of policing and count down to the point of no return on climate change.

But hope is also vital to moving forward. I’m not talking about the vague, close-your-eyes-and-wish brand of hope that makes for easy slogans, but a tangible reckoning with what is possible and needed. If we want a better world, we have to be able to imagine it.

Vancouver’s documentary film festival DOXA, which announced that it was moving online last month in response to the pandemic, features a number of films that explore what it means to hope for something more, and what price we’re willing to pay for our dreams of a better tomorrow.

What would it look like to truly address and overcome our global addiction to plastics? What does it take to rid our entertainment of animal exploitation? What can we learn from the struggles and passions of our ancestors, and the change they sought in their lifetimes? These are just a few of the questions brought up in this year’s film program.

I recommend three below.

In ‘Wintopia,’ a daughter chases a father’s quixotic dream

In Wintopia, director Mira Burt-Wintonick, daughter of the late Canadian documentary trailblazer Peter Wintonick, takes up her father’s lifelong mission to find a better world. Uncovering a box of more than 300 videotapes labelled “Utopia,” Burt-Wintonick pieces together the footage her father spent his career amassing, all for a project he never finished, exploring the concept of utopia and whether it could be found (or created) on Earth.

The film opens with Wintonick struggling with a map in the wind, eventually giving up and letting the map rest against his body, still semi-useful if a little awkward and aesthetically comical — a great metaphor for the filmmaker himself, who seemed willing to let his subjects lead him in unexpected directions to expand his perspective on the world.

DOXA GOES VIRTUAL ACROSS BC 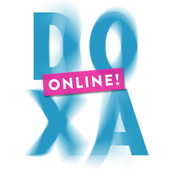 DOXA documentary film festival runs online June 18 to 26! Films can be watched within British Columbia throughout the festival, along with live events and pre-recorded Q&As. See the full festival program on the DOXA website. (Films are blocked for viewers outside the province.)

Wintonick’s love of Cervantes’ Don Quixote offers an ideal motif for the doc, as Burt-Wintonick uses her father’s extensive footage of windmills to question, celebrate and push back against his futile search for answers that just don’t exist. “I’ve always wondered: why did my dad spend so much time searching for something that doesn’t exist? What was he hoping to find?” she asks, in voiceover.

At the heart of the film, there’s a reckoning with her father’s absences when he was off filming, sending her email updates signed “Papa Pete.” The cost of searching for utopia is in what you end up leaving behind. In Wintonick’s case, that was often his wife and daughter.

There’s a generational gap at play here too, with Burt-Wintonick coming to terms with her father’s unrealized dreams. She picks up the baton where he left it, but it’s not clear she’s competing in the same event. This is as much a portrait of and tribute to her father as it is a daughter finding her own voice and breaking away. She recounts a road trip with her father when she was 19 and the two made a travelogue together. It was one of the few ways she could find to spend time with him, despite the fact she wanted him to put down the camera and just be present with her. For him to take an interest in her.

Burt-Wintonick is impressively frank in these intimate moments, showing love for the man while also showing how difficult it can be to fight for space in the world of someone like Wintonick, and sometimes having to exist on the periphery, watching a father as he finds himself without always making room for you.

“I don’t know how to make this the hopeful film my dad wanted it to be,” she says, as the film’s end approaches and she is down to the last of the cache of tapes. But it is a hopeful film, in its own way. She’s grown closer to her father in the process of making it, and she’s continuing the search for utopia with wide-open eyes.

‘Softie’ reminds us to fight the power

Hope and politics may not seem like likely bedfellows at the moment, and Softie captures a lot of that tension in its look at Boniface “Softie” Mwangi, a photojournalist and activist who turned his efforts to running for office in Nairobi, Kenya.

In the face of rapid growth, Nairobi has seen massive, systemic political corruption, and Mwangi’s goal was to disrupt the status quo and genuinely represent his fellow Kenyans without lining his own pockets.

“Softie” is a childhood nickname for Mwangi, who was smaller and not as tough as the other boys, imbuing the man with an underdog spirit rather than the strong-arming bravado of his opponents. As a photojournalist, he couldn’t get his photos published because they were “too violent.” The scary reality is that the violence in his work was state violence perpetrated on protestors in a country where protest was eventually outlawed.

Mwangi fights on in the face of frightening pushback, sending his wife and kids to America for their safety as threats of harm mount. His son describes a traumatic dream of abduction as he hides out abroad.

There is certainly resonance in the issue of state-sponsored use of force going hand-in-hand with massive oppression. We’ve been seeing protests against police brutality for weeks now, specifically perpetrated against Black people in America and elsewhere, all while police and the military are called in and encouraged to fire on protestors by no less than President Donald Trump himself.

Mwangi’s calls for political reform also resonate on our side of the planet. “Winner takes all” doesn’t lead to proper representation of the people’s will, Mwangi suggests, and the powerful forces behind the scenes skew public perception — Cambridge Analytica, the political consulting firm that infamously interfered in the last U.S. election, not to mention B.C. politics, makes a brief appearance, working to destabilize Kenyan democracy.

Since Canada’s own Liberal government reneged on promises for electoral reform, the question of how to make all votes count and how elected officials can remain accountable to voters is certainly also one that Canadian viewers will be able to relate to in Softie.

Sometimes hope demands changes to the systems we take for granted.

Sung-A Yoon’s Overseas offers a portrait of domestic workers and nannies at a training centre in the Philippines before they’re deployed to work abroad.

The women make incredible sacrifices in an attempt to earn money overseas to send back home, providing a better life for their kids. They have dreams of their own, which they discuss during breaks from training. They chat about what they’ll do after their contracts, which tend to last two years and are often worked back-to-back. One wants to open a restaurant, another to go back to school to become an architect. But it’s clear these dreams are on hold. Without money, you’re stuck, and your hope relies on making and saving enough to raise yourself out of poverty.

We’re now seeing that such a sacrifice also includes Filipinos being among the hardest hit by COVID-19, filling essential jobs at low pay without necessarily getting the same credit and protections as doctors and nurses on the front lines. 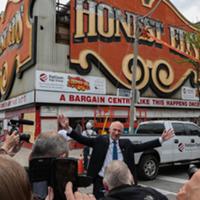 A Toronto Community Mourns an Honest Loss, and a Vancouver Luxury Developer Moves In

The training further reveals massive disparities and horrific working conditions baked into the system. Trainees act out shockingly abusive scenarios in training exercises, including how to respond to rampant sexual harassment and assault, which are treated as a given. One veteran domestic worker in the group talks of getting dizzy from not being allowed to slow down or break to eat. Women joke together in solidarity about their abusive bosses. Placement tests measure qualities like obedience, perseverance and tolerance for boredom — even officially, this work is built on the premise of being awful for the women who do it.

There’s also a disconnect between the rules and reality. You’re meant to call your agency or even immigration if you’re not fed or you’re abused. But there’s little sense that anyone trusts the system. You just keep your head down and hope for a good boss.

“Never cry in front of the employer.... It shows weakness. Filipinos are not weak,” a trainer says. Certainly no one in the film could be called weak.

Overseas is about hope, but it’s about the steep and unacceptable price that some groups of people have to pay to hope for something better down the line. It offers an intimate, deeply moving look into experiences often made invisible (to some of us) by design.

DOXA runs online June 18 to 26. Films are can be watched within British Columbia throughout the festival, along with live events and pre-recorded Q&As. See the full festival program on the DOXA website. (Films are blocked for viewers outside the province.)