As someone who has been at The Tyee from the beginning, I want to tell you about a crucial moment in the life of this experiment.

It came in the summer of 2018. At the time The Tyee was publishing good stories, but its financial future was deeply in doubt. If we’d gone out of business — and there was a distinct chance we might — it would have sent a sad signal. If one of Canada’s oldest online news organizations couldn’t make the numbers work, what chance did independent media have in B.C. and beyond?

That’s when B.C.-based Eric Peterson and Christina Munck agreed to become The Tyee’s caretakers while we aimed to secure our survival.

They presented a bold and ultimately brilliant challenge to us.

They said: We are fans of what The Tyee accomplishes. We are, they added, just like all the people who contribute their own money to The Tyee.

Those people, who we call Builders, give money in amounts they can afford — $15 a month is a common, much appreciated contribution. Eric and Christina were in a position to contribute much more — but in the same spirit. They proposed to become, in a sense, our top Builders.

Yes, there were conditions. And they were these:

1. Propel The Tyee to a new level of excellence.

2. Prove that the membership model for journalism really can work. Focus fully on growing the number of Builders for The Tyee.

And there was one more part of the bargain.

If members did show rising support for The Tyee by contributing their own dollars, Eric and Christina would ensure a “floor” of funding to help us plan towards yet another crucial transition — shifting to being a non-profit, one with the goal of self-sufficiency.

I hope you can appreciate how rare and amazing their proposal was. Yet that is what Eric and Christina suggested we shoot for.

Bottom line, we all agreed on this basic proposition:

We will leave it to our readers to decide our fate. If our paid membership grows, so will The Tyee.

And if not, maybe we have it wrong. Maybe the world really doesn’t want The Tyee to exist after all.

So guess what? It’s a bit more than three years later. How did we do?

In that time The Tyee has significantly increased the number and (we hope you will agree) quality of stories we publish daily.

The audience for The Tyee has also grown steeply.

And the number of Tyee Builders contributing to our budget has expanded threefold.

All of which has confirmed that our wild idea three years ago — gamble big on readers becoming members, put every new dollar into journalism and streak toward becoming a non-profit — has proven (so far) a good bet. In fact, we’ll be operating as a non-profit organization starting next month (more details on that later).

Whew. You can imagine what telling that story means to me, the person who founded The Tyee at the end of 2003. I remember getting a call that Christmas season from (dearly departed) ace reporter Barbara McLintock, saying the RCMP was raiding the legislature, so no holiday for us! The team was new and tiny back then, without an office even. We considered it a good day at The Tyee if we published even one news story.

My heart bursts with pride at what this publication, and team, have become 18 years later. We published around 1,500 original pieces last year. The many awards we’ve won of late are great, no doubt. Far more gratifying — and I hope you can feel it flowing through every story — is the amazing spirit of my colleagues. They really are fired up about providing the top-notch investigative and solutions journalism in an era when chances to do so are slim.

I am filled with gratitude towards our Builders who make it all possible. Yes, certainly we owe much to the biggest of Builders — Eric and Christina — but make no mistake. They are contributing only because so many others are contributing.

That is why we truthfully say The Tyee would not exist without the broad support of all our member Builders.

Today I thank you for reading this far (clearly this editor needs an editor!).

And I ask that you click here to contribute what you can to assure The Tyee will remain a British Columbia institution indefinitely.

A non-profit publication that publishes no junk, just journalism that holds power accountable and makes a positive impact. A news org that pours every new dollar back into more and better coverage. A paywall-free website so that everyone can benefit from the reporting you help make possible.

If we can together secure this future for The Tyee we will have shown what’s possible for journalism as a whole.

We don’t have to tremble at the might of Facebook and Google who have destroyed the advertising model for news media while facilitating disinformation.

We needn’t wait for some version of Elon Musk or Jeff Bezos to take us along on his rocket-fuelled media mogul ego trip. 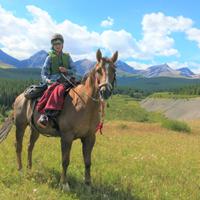 We can envision a time when non-profit media thrives as an alternative to corporate media, much of which now is beholden to hedge-fund owners pursuing just wealthy audiences.

If you become a Tyee builder today — helping us achieve our goal of 650 new monthly members — you will be part of something pretty unusual at this moment. A success in the making, a beacon of positivity in rough times.

Thanks for listening to my story. And for considering becoming a Tyee Builder. Here’s wishing a safe, healthy and peaceful season to all.

Once more with feeling — our year-end campaign to bring on 650 new monthly Tyee Builders ends in a few days. Help us hit our target and join Tyee Builders today.