Clever news release writers and credulous reporters are the bread and butter for thousands of companies on over-the-counter markets in North America.

And the person who wrote last week’s news release for Black Rock Petroleum Co. deserves a mega-bonus. The PR message duped reporters for the CBC and Postmedia into hyping the company’s improbable plans for turning Alberta into a bitcoin megapower.

Which would be quite a coup for a company with no money and no operations, not listed on any stock exchange.

The CBC kicked it off last week with a story headlined “‘Up to 1 million' bitcoin processors could be relocated to Alberta from China under energy firm's proposal.”

“In Bitcoin mining, can Alberta be the new China?” the National Post’s business section headline wondered.

“Three natural gas-producing sites in southern Alberta could host ‘up to one million’ bitcoin mining machines relocated from China under a deal proposed by Nevada-based Black Rock Petroleum Co. amid Beijing's ongoing crackdown on cryptocurrency production and trading,” the CBC reported.

Postmedia said “the Nevada-based Black Rock struck a deal to bring up to one million Bitcoin mining machines to three natural gas plants in southern Alberta.”

The plan, both reports said, was to use natural gas to provide the massive energy needed to run and cool the computers needed to maintain Bitcoin as a currency.

Not true. On July 4, Black Rock sent out a news release saying it had “entered an agreement to acquire Caledonian Midstream Corp.… for a combination of cash and stock.”

But the sale hasn’t yet been completed and Black Rock has no cash. It doesn’t own a gas plant, or have any presence in Alberta.

In fact, Black Rock has almost no real presence anywhere.

The CBC story, after about 1,200 words, did issue a caution.

“Black Rock Petroleum's filings with the U.S. Securities and Exchange Commission are limited, so its financial status is difficult to ascertain,” it reported. A University of Calgary professor was also quoted. "It's certainly a very junior company that does not have a lot of assets compared to big energy companies that we are used to here.”

But “very junior” hardly does justice to Black Rock’s vaporous lack of substance. And its financial status isn’t “difficult to ascertain.” SEC filings set out its history as a shell company with no revenue, no assets and no actual business operations.

The company was spun off in 2013 from Starflick.com, which was “engaged in the business of developing, producing, marketing and distributing low-budget feature-length films in the United States, Canada and other countries.”

Not very successfully. The company had no revenue and $100 in assets at the time.

The company’s SEC filing was not encouraging about the shift to “the business of oil and gas exploration and the sale of related oil and gas equipment.”

Zoltan Nagy, still CEO of Black Rock, would head both the film business and the energy company, it said.

“Zoltan Nagy, our sole officer and director, has no experience in the oil and gas industry,” the filing noted. “Mr. Nagy has been an officer and director of Starflick.com, our parent company and Raptor Technology Group, Inc. which have had virtually no operations and substantial losses since their inception in 2011 and 2007, respectively. Mr. Nagy intends to devote 10 per cent of his time to our operations.”

The new company started with a dismal record and $12,085 in capital.

Black Rock reported $1,000 in total assets. It had no revenue and expenses of $5,500. Not a promising base for building a global bitcoin mining empire. Its most recent annual report was also less than upbeat, even though it had acquired an inactive oilfield in Los Angeles and issued a press release announcing “plans for 10 initial wells to be drilled to bring the field into production.”

The report was charmingly candid on the reality of its plans, in a grade-school essay kind of way.

As it was on the state of Black Rock generally.

“We are a startup stage company and currently have no employees other than our sole officer and director.... Our officer and sole director has decided that he will only devote 10 per cent of his time or four hours per week to our operations and as a result our operations may be sporadic and occur at times which are convenient to him. Since he has no experience in oil and gas operations, he intends to hire at least one person who has experience in operating oil and gas leases,” Black Rock revealed. 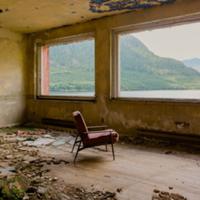 “Our auditors have issued a going concern opinion. This means that there is substantial doubt that we can continue as an ongoing business for the next 12 months unless we obtain additional capital to pay our bills. This is because we have not generated any revenues and no revenues are anticipated until we begin drop shipping oil and gas related equipment.”

Yet Postmedia and the CBC bought the notion that a company with a catchy name but no money, and an executive office in a two-bedroom condo in Port Coquitlam, was about to become a major player in a global market.

The main products of many over-the-counter stocks — ones where prices are set outside any stock exchange — are press releases with improbable claims, impossible projects and mergers and acquisitions that never happen. The dream is that some investors just might believe them.

But major news organizations are supposed to help readers separate fantasy from reality — not fall for the hype.