Many of us watched with horror as a mob attacked the U.S. Capitol Building on Jan. 6. Do you think something similar could happen here?

Of course it could. Remember the Jean Swanson Coup?

Dr. Steve jests. He kids. But apparently others, such as Vancouver city Coun. Melissa De Genova, weren’t so jocular. It started the day after the U.S. Capitol raid, when fellow Coun. George Affleck suggestively tweeted a photo of the day in 2017 when Swanson and housing activists briefly occupied council chambers. De Genova took the bait, tweeting, “In a #democracy, storming in and shutting down a Congress, Legislature or even a City Council is never the right thing to do — in Washington or Vancouver.”

You know, there’s nothing wrong with a little stretching sometimes. The fact that several members of the pro-Trump mob suffered fatal medical emergencies while attacking the Capitol is a reminder of the importance of limbering up. One should always do some warm-up storming first.

But Coun. De Genova’s stretch may have been a stretch too far. After all, during Swanson’s assault on Vancouver City Hall she was notably lacking Viking horns, face paint or a flag with a snake on it. She neglected even to bring any of her famous homemade napalm. How rude — guests are traditionally supposed to show up with something. Perhaps she brought potato salad instead.

Still, Affleck and De Genova were not alone in seeking Canadian parallels to the American event. The “It has already happened here!” message came from the left too. Some pointed to events like the 2014 attack on Parliament by a lone extremist and the more recent attack by an armed man who attempted to crash the gates at Rideau Hall in a possible attempt to assassinate Prime Minister Justin Trudeau. Others point to the recent Conservative Party of Canada meme that seems to echo Trumpian language in warning of a Trudeau election steal. And of course, anti-maskers with bullhorns have become the winter equivalent of leaf blowers and loud Harleys.

The 2014 and 2020 Ottawa attacks were disturbing events, in the first case tragic. They do remind us that complacency is not an option. But Dr. Steve does not hold with those who claim Canadians are being smug and arrogant if they consider themselves different. Random whack jobs and the occasional Erin O’Toole meme notwithstanding, we are simply not where the Americans find themselves in 2021. In part it’s because America has a couple of overlapping factors working on their citizenry — culture and television.

It can hardly be overstated how important Fox News has been in the shaping of the current American political landscape. A privately held Pravda, a full-service sewer pipe with millions of devoted viewers, Fox and its imitators have had tremendous success in shaping a robust American cadre of benighted loons.

Nothing quite like that here. There are times to be grateful for being small, and Canada simply isn’t a big enough market to sustain a major Fox-style platform for a Sean Hannity or a Tucker Carlson. Instead, we get Rebel News, the rough equivalent of an Ayn Rand-obsessed teenager standing in front of the mirror yelling into an anti-perspirant bottle. Canadian production companies have done a pretty good job with the likes of Master Chef Canada and Top Chef Canada, but happily we don’t have our own version of Bow-Tied Wanker Canada.

If you want a real career in the alt-right grift, you’ve got to go where the marks are. Look at Proud Boys founder Gavin McInnes. Like a starry-eyed Saskatoon thespian packing a bag for Hollywood, the Ottawa-raised McInnes had to go south to make it big with bigots.

And make no mistake, business is still good. There was perhaps a sense immediately after Wednesday’s events that this shock would finally cleanse the American body politic of its extremist disease. It will no doubt have some effect — the storming of the Capitol provides a concrete horror that can now be cited by Democrats and sensible Republicans (yes, they exist, although they are shy and rarely emerge from their forest dens). 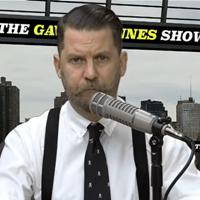 Gavin McInnes Said His Proud Boys Were Built for Violence. Now Trump Is Sending Them Signals

But the extremist vein runs deep in U.S. political culture. In 2016, Americans elected a presidential candidate who had openly and repeatedly affirmed his disdain for democracy. Four years ago, when Donald Trump put his hand on the Bible and swore to uphold the Constitution, the only question was which document he held in greater contempt. No matter. One recent poll shows a strong majority of Republicans (and 41 per cent of respondents overall) still support Trump even after he urged the mob to attack the Capitol. Clearly Americans do not like a quitter or even someone capable of comprehending the scoreboard.

Dr. Steve does not enjoy being called naive, but he believes that the Canadian electorate is simply not made of the same stuff as its bumptious American cousin. We are unlikely to go off the rails in the same way. (Of course, it goes without saying that if the recent COVID-19 scare delays the start of the Canucks season, all bets are off.)

Jan. 20 ought to bring a new start. Americans will sing: “Oh say can you see, by the dawn’s early light?” But just what will appear on the horizon beyond still seems pretty cloudy.