True. But the national sick-leave program falls short of what workers and labour advocates have been calling for since the onset of the COVID-19 pandemic, and long before.

Across Canada, groups including the Retail Action Network, the BC Employment Standards Coalition and Fight for $15 and Fairness have been urging governments to adopt employment standards legislation that gives workers the right to at least seven permanent employer-paid sick days per year, with an additional 14 days during public health emergencies such as COVID-19.

The announcement of a federal sick leave program is a welcome response to a long-standing gap in our basic employment protections, since at least 58 per cent of workers in Canada don’t currently have paid sick days. But details on how the program will operate have yet to be made public.

All that we know is that the federal government will, over the next six to eight months, fund a temporary program providing up to 10 days of paid sick leave per year for workers who don’t already have the option of paid sick days and must not report for work if they are showing symptoms of COVID-19. Provincial and territorial governments have also agreed to pass laws that provide job protection to those workers entitled to receive sick leave pay under the program.

The commitment to ensure workers have paid sick days is a step in the right direction. But there are many shortcomings with the announced federal program.

First, the program is temporary. This pandemic has demonstrated that every worker needs employer-paid, permanent sick days under employment standards laws where this right can be enforced. Workers need paid sick days to care for sick children and elderly parents, and to prevent the spread of seasonal flu or other infectious illnesses in the workplace, in classrooms and in child care centres. As said by Deputy Prime Minister Chrystia Freeland in a CBC Radio interview on July 17: “There is something inhuman in not having paid sick leave in place.”

The new program will be administered much like the Canada Emergency Response Benefit, with workers applying to the government for wage loss replacement through an elaborate bureaucratic process. This requires compliance with rules, regulations and eligibility criteria (yet to be seen), without access to a procedure of complaints for appeal, and the requirement to wait for payment.

For the paid sick leave program to work, it can’t create new barriers, uncertainties and inequities. Such deterrents will especially impact those in precarious, low-paying jobs, such as migrant and temporary foreign workers, consequently denying them their rights. Access should be immediate, seamless and universal for the health of all workers and to reduce the transmission of COVID-19.

It is not yet clear how the federal government will compensate someone under the program. Will the pay go directly to the worker, or through the employer? Will this be based on regular hourly/daily rates, a portion of their regular rate of pay, or a flat rate amount? The level of income replacement and how long it takes to receive will significantly shape how accessible this policy will be. 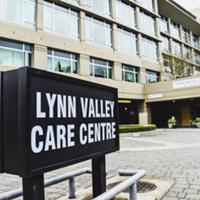 BC Boosts Pay for Long-Term Care Workers amidst COVID-19

We believe that paid sick days should be paid directly to the worker on their next paycheque, at their regular rate of pay, inclusive of employer-administered tips. The proven way to ensure this is by legislating employer-provided paid sick days through the Employment Standards Act. We also believe that the program shouldn’t provide public subsidies to big corporations who should implement the basic right to paid sick leave themselves.

Workers who experience COVID-like symptoms must have reassurance that staying home won’t hurt their income or job security. Cumbersome application processes, doctors’ notes, long timelines, and lower levels of income reimbursement will be a deterrent — especially for those facing the most precarious working conditions such as migrant workers, minimum wage earners and temporary or gig workers.

Staying home while sick can’t be an economic gamble, and this program fails to go far enough to resolve the cruel dilemma experienced by most workers.