Predictably, the media’s post-election hangover features what you might call a splitting headache — the claim divisiveness is suddenly stalking the land.

Just as predictably, Justin Trudeau promised “we’ll govern for everyone,” as if he’d been thinking along Trumpian lines about governing only for his supporters and then thought better of it.

Worse yet, the shocking appearance of a “regional split” stunned the media as they contemplated Canadian Prairies bluer than the skies above them.

How could Canada, the Peaceable Kingdom, survive these tectonic fractures?

These responses are a little baffling, since the whole point of every election is to divide the nation by offering it choices, counting who chooses what, and declaring someone the winner. “Elect” means “choose,” after all. We don’t have much respect for countries where the incumbent wins by 99 per cent. However united they may appear, their citizens have no real choice.

It would make more sense to welcome the election outcome as a fairly accurate self-diagnosis. Rather than deluding ourselves that all is well, we now have to recognize that Quebec is over its crush on the NDP and back in the sovereignty business. The Bloc Québécois may be “progressive,” but only on its own nationalist terms.

Similarly, we may welcome the erasure of the People’s Party and the departure of Maxime Bernier. But we must remember that 1.6 per cent of us — 292,703 Canadians — still thought he was a good guy with good ideas. Those ideas will persist indefinitely — just as Trumpism will long outlast Trump.

As for the Prairies, even they are far from monolithic. The election divided Alberta and Saskatchewan into Conservative majorities and Liberal/NDP minorities; yet the Tories in those provinces ignore the frustration of their unrepresented progressive neighbours.

By the same token, we can ignore the Prairie Conservatives’ frustration at being excluded from Trudeau’s new cabinet. Losers get excluded. And even if Liberals had been elected in Alberta and Saskatchewan and recruited into cabinet, the Conservatives would still have been disgruntled and unrepresented.

One useful lesson of the Conservatives’ victory on the Prairies is that they have reverted to their cherished Sore Winner role. An Alberta oil executive warns of separation. #Wexit gains the dubious legitimacy of trending on Twitter.

For those of us with fond memories of the Western Canada Concept and Preston Manning’s early Reform Party (“The West wants in”), the current fuss sounds like the last few fusses.

This too is useful knowledge for the rest of Canada: a majority of Prairie Conservatives are so invested in their self-image as operators of the country’s fossil-fuelled “economic engine” that any change in that image becomes an existential threat.

The rest of us may roll our eyes, but the election shows that most Prairie Conservatives (and perhaps most Tories nationally) are simply incapable of understanding that economies must change with the climate. The Prairie fossil fuel economy is predictably doomed; the trick is to develop new energy sources in a fraction of the time it took to develop the oilsands. The Conservatives seem deeply unwilling to learn that trick.

If we can learn about others from the divisions created by elections, and adapt accordingly, you would think that others could learn about us.

Maxime Bernier’s populists might pause to consider whether their views are really suitable for complex 21st-century societies. The Bloc might reflect on the widespread hostility to Bill 21 and decide it may have pushed secularism into authoritarianism. And the Conservatives might, by a leap of empathy, understand why so many of us in B.C. oppose the expansion of the Trans Mountain pipeline. 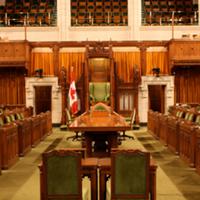 A User’s Guide to Minority Government

Pipeline opponents, meanwhile, should reflect on the fact that Burnaby North-Seymour voted for the pipeline-owning Liberals and rejected two serious foes of the Trans Mountain expansion. A failed argument doesn’t mean argument is futile; it means only that more arguments are needed.

As for the Canadian media, they might ease up on the easy thumbsuckers about divisiveness and fractures and speculation about which leader has benefited or lost ground. Politics is about running the country, not who’s going to win the Great Canadian Baking Show.

Focus instead on the self-diagnosis in the election results, and explore possible remedies for all our ailments: Progressive Narcissism, the Tories’ Prairie Victimization Syndrome, the Bloc’s Passive-Aggressive Separatism, and the Liberals’ High-Functioning Climate Denialism.

The next election will trigger them all over again, and that election could be sooner than we think.