Justin Trudeau’s approval of the Kinder Morgan pipeline expansion was a master class in Orwellian doublethink. On the one hand he claimed wanted a low-carbon, clean future “for our kids;” on the other, he proposed to finance that future by boosting carbon production.

But he emphasized safety measures against spills and leaks, and completely ignored the real threat his decision brings closer. It was like an addict bragging about the sterilized needle he was about to use to inject pure fentanyl.

Suppose not a drop leaked from the expanded pipeline, nor from a single one of the dozens of monthly tankers leaving Burrard Inlet. Suppose all that bitumen reached Asian refineries safely and was converted to usable oil products. Those in turn would be used to make new products, some of which would be shipped back to us. And suppose we could afford all those extra products because we’d made so much money building pipelines and exporting bitumen.

All we would achieve is a worsening of climate disasters far beyond the point of recovery. Our kids might enjoy a few years of relative prosperity, but their kids — Justin Trudeau’s grandchildren — would inherit the whirlwind. 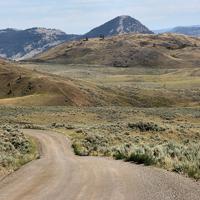 A BC Megadrought? We've Had Them Before 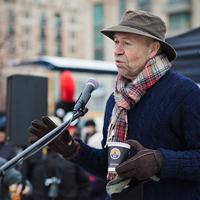 What Worries the World's Most Famous Climate Scientist?

Less than three weeks before Trudeau’s approval, a report appeared in the American journal Science. Climate scientists in the U.S. and Germany studied sea surface temperatures over the past 784,000 years, including earlier cycles of warming and cooling. They found that warming was “nonlinear” — that is, the warmer it got, the faster warming increased.

“Furthermore,” they wrote, “we find that within the 21st century, global mean temperatures will very likely exceed maximum levels reconstructed for the last 784,000 years.”

We are already the first humans to breathe an atmosphere with over 400 parts of million of carbon dioxide. Some of us, if this study is correct, will live to experience a climate not seen in three-quarters of a million years.

The authors of this study estimate that by 2100 temperatures will be 5.9 degrees Celsius above “pre-industrial values,” consistent with with the upper range of estimates by the Intergovernmental Panel on Climate Change. And actual temperatures for the past decade or two have been higher than the IPCC’s conservative esti-mates.

We have some idea what such a temperature increase would entail. Just since the turn of the century we’ve seen catastrophic storms, droughts that turn millions into refugees and trigger civil wars, and wild weather swings as an overheating atmosphere and oceans try (and fail) to find equilibrium. A few days ago, Danish and American researchers reported most of the Arctic Ocean was 20 degrees warmer than normal. Meanwhile, Zhilinda in Siberia reported a Nov. 29 temperature of minus 45.

In such a world, paving the bottom of Burrard Inlet with bitumen won’t rank high on the problem priority list. Whoever may be living in the Lower Mainland on Jan. 1, 2100, won’t even wonder why some forgotten prime minister thought exporting bitumen would be a good idea.

They’ll have too many clear and present dangers to contend with.