Canadians can be smug when it comes to comparing our political debate to politics in the United States. But we’re way behind our American neighbours when it comes to fair taxes on the accumulated wealth of the billionaire class.

But in the U.S., the debate now includes a serious discussion of how much we should tax wealth. Bernie Sanders and Elizabeth Warren, two contenders for the Democratic presidential nomination, both back a wealth tax but debate how high it should be.

Sanders has set out the foundation for his version of the tax bluntly. “Billionaires should not exist,” he’s stated. That’s not an attack on the individuals, but a statement that a relatively few people should not control so much of society’s shared resources.

And he’s right. Nobody “earns” a billion dollars. Such sums are only redistributed from the collective effort of many into the hands of the few.

Taxing the wealth of billionaires and the rest of the one per cent increases government revenue for programs or services for everyone.

More importantly, it decreases the ability of the wealthy to shape and control our political, social and economic life. The wealthy bankroll political campaigns and fund an entire infrastructure of media, lobbyists and think tanks to further a simple agenda — maintaining their disproportionate privileges. A wealth tax is about redistributing power as much as it is about redistributing wealth. It’s about restoring democracy.

And it’s sound economic policy. Gabriel Zucman and Emmanuel Saez, two of the world’s top scholars of inequality, have dedicated much time to assembling the wonky details that demonstrate the benefits of a wealth tax. Among other important voices, the two UC Berkeley economists have shown how a wealth tax could be practically implemented to tackle inequality, addressing issues like the challenge of assessing wealth and minimizing evasion.

The conversation about the wealth tax in the U.S. should help clarify the discussion here. The research and analysis have debunked the common arguments against taxing wealth.

Some argue the wealth tax is self-defeating: the wealthy will hide their wealth or simply flee.

But the wealthy, while mobile, are also human and hold many personal connections to place that can be more powerful than their desire to pay less in taxes.

More importantly, while it may be relatively simple for a wealthy person to move, it’s not that easy for many forms of wealth to move or disappear. They are not hiding money under the mattress. Factories, offices, land and other physical things that constitute wealth largely stay in place, even when ownership changes or moves. They will still be useful and productive.

Another common argument against taxing wealth is that it’s too hard or costly to figure out how much wealth a person has. This objection ignores two important facts about wealth today.

First, many of the assets held by the ultra-rich are financial. Stocks, mutual funds, bonds and the like have well-defined value. Anyone can look up the price of a stock or bond. Forbes has a made science of calculating the wealth of the richest Americans. If a magazine can do it, so can governments.

And second, both the U.S. and Canada already have taxes on wealth, just not taxes on all wealth. Property taxes on real estate exist in most jurisdictions. They are levied based on detailed annual assessments; the same could be done for other forms of wealth.

Together, property tax assessments and financial markets would allow governments to assess the value of financial holdings and real estate, which together account for most wealth.

Zucman points out that the trouble of creating annual assessments is actually an argument in favour of regularly taxing wealth. Once the process is in place, it produces increasingly accurate results that can be used to better tax estates and help with public administration.

Opponents are quick to note that wealth taxes have fallen out of favour internationally. Only three OECD countries — Norway, Switzerland and Spain — levy a broad wealth tax today, compared to 12 just three decades ago.

This dramatic shift, however, says less about the effectiveness or value of wealth taxes, and much more about the elite’s capacity to put its distaste for them into action. The demise of wealth taxes internationally is part of a decades-long offensive by the global one per cent that has produced Gilded Age levels of inequality. A renewed push to tax wealth is a key part of the counter-offensive.

Taxing wealth is not only an important tool in fighting exploding inequality; it’s a very practical tool. Taking a quick scan of Canadian media coverage, however, you’d be hard-pressed to guess that this could be the case or that not one but two major Canadian political parties have made bold wealth tax proposals. Both the Greens and NDP support a one-per-cent tax on wealth above $20 million.

Or that two out of three Canadians support the idea of a wealth tax on the uber-wealthy.

The NDP’s proposal, a key part of the party’s platform since the start of this campaign, should have kickstarted a much bigger discussion. The party promises to implement a one-per-cent tax on wealth over $20 million. That would see Canada’s 10 richest families and individuals pay hundreds of millions to the collective good annually.

The Canadian Centre for Policy Alternatives has calculated that only about 6,000 families would pay the wealth tax (roughly the top 0.1 per cent) and has previously found that the wealthiest 87 families in Canada own as much wealth as the bottom 12 million Canadians. The independent Parliamentary Budget Officer has estimated that even with such a small number of Canadians paying it, the NDP wealth tax would raise a significant $70 billion over 10 years.

The PBO estimate assumes that the super-wealthy would find ways to avoid paying about one-third of what they owe. But Zucman and Saez have estimated that a well-designed, well-enforced tax might only face 16-per-cent evasion, which would bring wealth tax revenues up to $90 billion over 10 years.

At Monday’s leader debate, both the Greens’ Elizabeth May and the NDP’s Jagmeet Singh agreed that potential tax evasion should not be a reason to shun a wealth tax, but a reason to tighten up enforcement. Zucman, for example, has suggested the audit rate on billionaires be 100 per cent.

The PBO also cautions that we do not exactly know how much wealth the super-wealthy actually possess. That, however, is another argument for the necessary assessments — let’s find out! 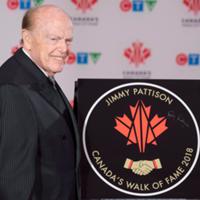 The NDP’s Wealth Tax: What the Experts Say

If anything, the NDP and Green proposals are timider than both those put out by Warren (which would rise to three per cent for fortunes over $1 billion) and Sanders (even more steeply progressive, topping out at eight per cent for fortunes over $10 billion). The Thomsons would owe $1.2 billion in wealth taxes under the Warren plan and $3.1 billion under the Sanders plan in the first year alone. If billionaires are a policy failure, then we need some big policy changes to correct this failure.

The debate around taxing the tremendous fortunes of the very wealthiest has progressed rapidly in the last few years — if not just the last few months!

That’s a good thing. Our policy proposals are finally catching up with the reality of vast increases in economic inequality over the past 30 to 40 years, as well as the vast increases in political and social power wielded by the wealthiest.

Inequality is a persistent affliction because of the runaway political and economic power of the wealthy. Taxing wealth is a key democracy-saving cure.