Jason Kenney in November said he wanted a database to keep extremists out the United Conservative Party he leads in Alberta. Recent weeks show he wasn’t successful. The latest of many extremo-eruptions is a recording of UCP candidate Mark Smith bashing gays from the pulpit (he’s a Baptist preacher) and equating homosexuals with pedophiles.

Kenney is sticking by Smith and even staunch Alberta conservatives are saying it’s patently obvious that Kenney himself is an extremist in blander clothing.

That shouldn’t surprise anyone conversant with Kenney’s past.

A telling collection of facts can be found in Marci McDonald’s deeply reported, 11,162 word profile of Kenney published by the Walrus in 2014. The editors topped it with a question: “Jason Kenney wants Stephen Harper’s job. But is he too extreme for the Tories?”

Just how extreme? Just how divisive? Do read the whole piece for the engrossing answer. If you’re in a hurry, though, here’s a boiled down backgrounder on Kenney — seven Kenneys, actually — drawn from McDonald’s superb reporting.

1. Kenney, refugee basher. (Credit him for the Tory strategy that backfired last election.)

McDonald notes that during Kenney’s five years as Harper’s immigration minister he “managed to pull off a precarious balancing act: boosting the number of newcomers, among them thousands of cut-rate temporary foreign workers, needed to fill the yawning corporate maw, while brandishing the lexicon of a law-and-order zealot who cast asylum seekers as guilty until proven innocent. Staging showy crackdowns on alleged human smugglers, marriage fraudsters, and whole classes of refugees he branded as ‘bogus,’ he used such inflammatory language that it has changed the terms of the national debate.

“‘What Kenney has done is create this whole new vernacular,’ says Philip Berger, co-founder of a national physicians’ campaign against Kenney’s cuts to refugee health care. ‘It’s creating a terrain of hostile attitudes to refugees.’”

When, as immigration minister, Kenney “took aim at the 500-plus Tamils who washed up off the shores of Vancouver Island, there was method to the near-hysteria about terrorism that he helped to fuel. He rushed through a bill, ostensibly aimed at human smuggling, that was so sweeping a B.C. Supreme Court judge later sent it back to Parliament for redrafting, pointing out that it could have convicted human rights workers.” 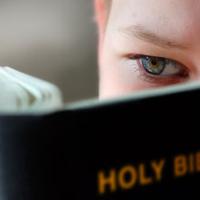 Back in 1993, writes McDonald, Kenney’s advocacy for the Canadian Taxpayers Association “turned him into a local celebrity, not least at the University of Alberta’s libertarian club, where its president, a law student named Ezra Levant, hailed him as a role model.

“‘He’s not a Generation X do-nothing guy,’ Levant told Maclean’s enthusiastically. ‘He’s out there changing the country.’ It was the beginning of a friendship and a political collaboration that continue to this day: Levant frequently floats trial balloons for Kenney in his Sun Media column, and he recruited two of the minister’s top aides to run the Ethical Oil lobby, which was inspired by his book of the same name.”

4. Kenney, anti-abortion crusader. (He got started early, as an undergrad.)

In 1988, writes MacDonald, while 20-year-old Kenney was attending the Jesuit-run University of San Francisco, a “skirmish materialized at a campus fair, where Laurie Moore and two classmates from the Women’s Law Student Association had set up a table to collect signatures for a national abortion rights petition. Kenney and a male posse converged on them, demanding that they clear out. ‘It was very intimidating,’ Moore says in a phone interview from San Francisco. ‘We knew we had to go — we were afraid — but we knew this was wrong.’

“Kenney promptly introduced a motion at the student senate to demand that the university suspend the association’s charter, setting off an explosive debate that he won by a single vote. Brushing off accusations that he was trying to limit free speech, he insisted, ‘There are certain absolute values.’... [Kenney] dared the university to enforce its own Catholic principles against what he termed “the legalized mass-murder of innocent unborn children.”

“Returning to Saskatchewan that summer, Kenney threw himself into pro-life meetings…”

5. Kenney, holier than thou. (He assailed priests at his school for not forcing students to pray.) 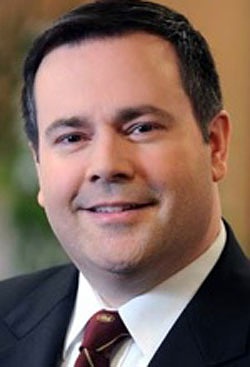 Marci McDonald wrote five years ago in the Walrus: “At 46, [Jason] Kenney remains what newspapers once called a confirmed bachelor, registering his mother, Lynne, who has shared his Calgary house, as his designated travel companion. Some of his closest friends organize the Fabulous Blue Tent soirees that celebrate Ottawa’s growing population of openly gay Conservatives, causing strategists to worry that Kenney’s solo candidacy might be a hard sell for the party’s family values crowd, with whom he once campaigned against same-sex marriage. As Postmedia’s Stephen Maher put it, ‘I suspect Kenney knows that if he wants Harper’s job, he needs a wife.’”

Not long after arriving as a student at USF, writes McDonald, Kenney “proposed reinstating a traditional Catholic prayer at the opening of every session of the student senate, igniting an uproar. ‘We should have the courage to avow this as a Catholic university,’ he told the [student newspaper].

“Among his opponents was Father Christopher Cartwright, the director of campus ministry, who warned that the move could promote religious bigotry. Now a spiritual adviser at a California retreat for priests, Cartwright still remembers the ruddy-cheeked young Canadian as ‘a man with a mission’ who left an impression that may resonate with Kenney’s present-day critics. ‘You meet these people who believe they have a particular capture on the Gospel, and they tend to be inflexible,’ he says. ‘There’s right, and there’s wrong — no grey areas. If you don’t agree with them, then you’re pretty much the enemy.’”

6. Kenney, reaper of evangelicals. (That’s how he helped Stockwell Day win the Alliance leadership in 2000.)

“[Preston] Manning found himself plunged into a [Canadian Alliance] leadership contest where only one candidate loomed as a serious threat: telegenic Alberta treasurer Stockwell Day, a born-again Pentecostal who had earned the allegiance of fellow social conservatives by attempting to end provincial funding for abortion. On the eve of the Alliance merger, Kenney informed Manning that he would be jumping ship to co-chair Day’s leadership bid…

“Like all leadership contests, the Alliance race came down to which candidate could sign up the most new members. Manning discovered that Kenney was trolling for Day supporters at evangelical and Catholic churches, and on the website of the anti-abortion lobby Campaign Life Coalition, a practice Manning adamantly opposed. Irate, he drafted a letter to pastors urging them not to allow their congregations to be used in a strategy lifted straight from the manual of the Christian Coalition, but he chose not to send it. That, he admits, was ‘a costly decision.’ In July 2000, Day became the new Leader of the Opposition and Kenny his finance critic — one of the diehard loyalists whom [Ezra] Levant would later christen ‘Stockaholics’.”

“[T]he biggest threat to Kenney’s aspirations,” wrote McDonald in 2014, is “his own social conservative convictions… a deeply ingrained moralism and religiosity that have won him the mantle of his old boss, Stockwell Day, as leader of the party’s disgruntled religious right. While that wing may constitute the Conservatives’ most reliable voting bloc, it also represents their most problematic constituency, one with a history of scaring off mainstream swing voters, and the potential to topple the very edifice of big-tent conservatism Harper has spent more than a decade cobbling together.”

Taking notes, Alberta? While you’re at it, perhaps jot down former Alberta Conservative MP Monte Solberg’s take on what, deep down, drives Kenney:

“Jason’s not going to disappear into corporate Canada,” Solberg told McDonald. “He’ll always want to advance the values he believes in.”