My first bank account was with RBC, back when they were still into being called “Royal.” I didn’t so much as choose them as just follow my parents, like you do with the family toothpaste brand.

Today it turns out that RBC is doing more to undermine my son’s future than any bank in Canada.

I’ve long since switched to a credit union. I couldn’t stand the predatory profits Canada’s five big banks rack up each year, or that they pay their executives such exorbitant amounts of money — in 2018 the five CEOs took home $62 million between them. All while dinging their customers for service fees every chance they get.

But if you are a young person getting your first account you have another reason to dislike the big banks. They are not just betting against your future; they are actively working to make it worse.

A new international report Banking on Climate Change finds in the three years since the Paris Agreement was adopted, Canada’s big five banks have financed a staggering $454 billion worth of fossil fuel projects, with RBC leading the pack. This includes $160 billion of financing for the expansion of new fossil fuels both in Canada and around the world.

Scientists have told us we have less than 12 years to cut emissions almost in half, representing a dramatic reduction in fossil fuel use, to limit global warming to 1.5 degrees Celsius.

But the banks are pushing in the opposite direction by financing fossil fuel expansion. In fact, even the existing reserves of fossil fuels already in production are enough to take us beyond two degrees of global warming, a catastrophic outcome. There is zero room for expansion. None.

To be sure, Canada’s banks are in bad company internationally. The report found that 33 banks collectively financed US$1.9 trillion in fossil fuel activity since 2016.

But among those 33, Canada’s banks rank among the bottom in setting any kind of policy to get out of the most destructive fossil fuels, with only TD Bank making commitments related to some coal mining. Canada’s big banks talk a good game about “socially responsible investing,” but their actual financing numbers speak far louder than their words as they literally bank on making Earth uninhabitable. 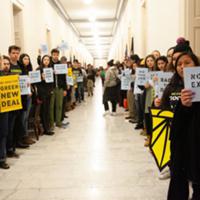 Indeed, when push comes to shove, whom do the banks side with? When the town of Whistler recently joined the movement of cities putting oil and gas companies on notice over mounting municipal climate costs, CIBC weighed in on behalf of the fossil fuel industry, cancelling a portion of an investors conference in the ski town. “We are committed to our clients in the energy sector as they play a key role in driving the Canadian economy,” the bank said.

If you are a homeowner, you have something in common with Whistler on the climate costs front. Home insurance rates are going up across Canada thanks to climate change, as extreme weather leads to more claims.

And if you are getting your home insurance from one of the big banks, you may soon be paying them more so that they can keep profiting from expanding fossil fuels.

What’s to be done? Canada’s big banks aren’t going to voluntarily give up fossil fuel profits unless they are regulated to do so — unlikely in the short term — or there’s some financial incentive or disincentive. The banks themselves, though, are sowing the seeds of a consumer rebellion since their current practices are so at odds with the interests of younger Canadians, otherwise known as future mortgage holders.

The mortgage market in Canada is worth a gargantuan $1.5 trillion and the big banks currently control two-thirds of it. 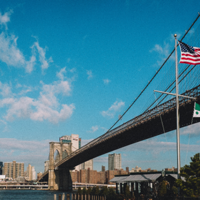 Divesting from Fossil Fuels Can Help Solve the Climate Crisis

This is the mother of all cash cows for bankers. What would happen if young Canadians started to pledge to never do business, including mortgages, with any bank that is investing in making their future worse? How much of the mortgage market would a bank need to lose before reconsidering whether financing fossil fuel expansion is still good business, even setting aside the moral failure?

And it’s not just young people. For any climate-conscious Canadian or institution, it’s hard to justify doing any business with the big banks so long as they are financing climate chaos. The good news is that there are alternatives, from credit unions to non-bank mortgage brokers to RRSP-eligible investments that screen out fossil fuels. If banks won’t shift out of the bad stuff, we can shift out of them.

Win or lose on climate, business as usual is over. We either rapidly leave fossil fuels behind or we face social and economic upheaval unlike we’ve ever seen.

So far, Bay Street seems to choose the latter, but the rest of us deserve a fighting chance. Let the bank strike begin.