The voters have spoken. We can now leave proportional representation in the hands of countries like Sweden and New Zealand.

But the basic problem with first-past-the-post remains: against a fragmented opposition, even a party supported by a minority of voters can enjoy a landslide victory. And if that minority has rich supporters, it can stay in power a long, long time.

Consider what happened in 1972, when the New Democrats beat not only the incumbent Socreds but also the feeble provincial Liberals and moribund Progressive Conservatives. NDP leader Dave Barrett got 39.6 per cent of the vote, and the party captured 69 per cent of the seats. W.A.C. Bennett’s Socreds got 31.1 per cent, but they dropped from 38 seats to just 10, while the NDP soared from 12 seats to 38. The Liberals, with 16 per cent support, and Progressive Conservatives, with 13 per cent, split the centre-right vote.

In my own riding of North Vancouver Seymour, the victory of New Democrat Colin Gabelmann was especially unlikely. He had run as a sacrificial lamb against a popular incumbent Liberal, Barrie Clarke, as well as the new PC leader Derril Warren and a forgotten Socred. With just 32.8 per cent of the vote, Gabelmann won.

Everyone learned a lot from that election, but the Socreds acted on it. In the next election in 1975, Liberal and Conservative supporters moved to the Bill Bennett Socreds. After they won, the Socreds conducted a takeover of the small Liberal caucus and left Dr. Scott Wallace as the lone Progressive Conservative holdout in the legislature.

In the 1970s, the NDP had no one to build a coalition with. The old Co-operative Commonwealth Federation had scared the provincial Liberals and Conservatives into a coalition that fell apart in the early 1950s. Wacky Bennett, a Conservative, hijacked a fossil movement from the Depression called Social Credit, rebranded it as a populist revolt, and built a new coalition.

Ever since, some kind of Liberal-Conservative coalition has opposed the New Democrats. Even Gordon Wilson’s rebuilt Liberal Party, which did well in the 1991 election and might have offered Mike Harcourt’s NDP serious opposition, succumbed to pressure and became part of a rebranded right-wing coalition.

Looking beyond the true believers

If B.C.’s right wingers could form a coalition, then B.C.’s left wingers had better look beyond the true believers as well. The implication of the referendum is unavoidable: the NDP and Greens, as partners in a marriage of convenience, had better fall in love very fast.

A formal merger of the parties, with the right platform, could hold its own against the right-wing coalition calling itself the Liberals. It could well lure some Liberals into the ranks as well.

That platform could echo the Green New Deal that American left-wing Democrats are pushing for: a combination of environmentalism and economic stimulus. Climate breakdown is already costing us a fortune, and subsidizing fossil fuels isn’t saving us a dime; better to create jobs by investing in sustainable zero-emissions industries.

But it’s pretty clear that pre-election coalitions may not be enough — not when some parties enjoy much better funding than others. Suppose the New Green Democrats also ran on another proposal: entirely public funding of election campaigns.

We’re not even that far from it; we already pay taxes for Elections Canada and its provincial counterparts and provide direct subsidies to B.C. political parties — about $2 million each to the Liberals and New Democrats, and $830,000 to the Greens.

Now we should take the next step by banning donations and cutting party subsidies to a point that they can’t maintain big staffs or pay for polling or social media scare campaigns. 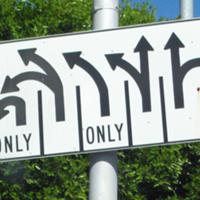 I Want Proportional Representation — But Not This Way

More money could go to local candidates nominated by constituency associations, supporting their campaigns with funding for office rent, local ad costs and an online presence. Ads would only be funded if they focused on party policies, not on the opponents’ supposed faults. Campaigns would then be won by door-knocking and good policies, not with attack ads and campaign bots.