Mitchell Anderson recently discussed a new report on the coming implosion of the world oil industry, with a loss to the global economy of between $1 trillion and $4 trillion. It’s a disturbing study, and as he observes, Canada is likely to suffer more than any other petroleum-exporting country — even including the OPEC nations. Just how we’ll suffer deserves closer attention.

The report in Nature Climate Change, whose lead author is Jean-Francois Mercure of Radboud University in the Netherlands, uses several models to track oil production to 2035 and 2050. Some models assume we will work hard to keep global warming to a two-degree rise or less by moving to renewable energy and cutting back on fossil fuels; others assume we won’t, and will keep burning oil and gas despite rising temperatures.

All the models end up with a “sellout” by 2035 or earlier, in which oil-producing nations put on history’s greatest bargain sale, dropping oil prices as low as possible just to get it out of the ground before demand falls to zero. After all, as Prime Minister Justin Trudeau observed not long ago, “No country would find 173 billion barrels of oil in the ground and leave them there.” Least of all when all those barrels would soon be “stranded” in the ground and $1 trillion to $4 trillion vanishes from the global economy.

Once the sellout was truly under way, what would happen?

If the 2008 Great Recession is any guide, governments would first borrow heavily to keep things going, and then switch to austerity. Employment in general, and social service employment in particular, would suffer. Recovery and development of new energy sources would be difficult: solar-power engineers might not want to move to depressed communities with substandard schools and health care.

The energy-exporting U.S. would also take an economic beating, Mercure estimates, with production losses across all sectors of about 4.6 to 5.7 per cent by 2035. Extraction-sector production would fall by around 50 per cent. So we couldn’t trade our way to recovery by selling oil and gas (or much else) to the Americans.

Mercure predicts China, as a net energy importer, would benefit from falling oil and gas prices. Meanwhile, its ever-increasing renewable energy investments would help the Chinese economy come out about even (and a little better than India’s). The European Union will also enjoy the combined benefits of cheaper Russian fossil fuels and early adoption of renewable energy. The Europeans should even come out with a small increase in public services.

The hardest hit of all

Russia’s reliance on oil and gas exports (especially to the EU) will hurt its overall economy as prices fall, especially extraction sectors and utilities, but it will emerge with a 2.3-per-cent drop in production and 1.3-per-cent drop in employment, while Canada’s production drops 16.1 per cent and our employment drops nine per cent. Mercure’s estimates suggest that we will indeed take the hardest hit of all.

The sellout would probably look like a far bigger version of the 2014 Saudi attempt to grow market share by overproducing its already cheap oil and driving down world prices. That sent Alberta into its latest bust and made Premier Rachel Notley grimly determined to get her bitumen to tidewater.

In a full-scale sellout, though, bitumen won’t be worth selling. Routine stock-market corrections usually stop as bargain hunters flood into the market. But when a bubble bursts, the bargain hunters wait and wait, forcing prices ever lower.

Prices will fall because the price of renewable energy will be brutally competitive. Even if Tesla goes the way of the Bricklin, Tesla-style battery technology will only improve, as will solar, geothermal, biomass and wind power. The Saudis are about to build the world’s largest solar power installation. It’s going to cost $200 billion, paid for out of current oil revenues. The Saudis will have to sell a lot more oil at lower prices while they can to complete their transition to renewable.

The Mercure report includes some supplementary material that estimates the consequences of stranded fossil fuel assets for various regions and countries, and Canada does not fare well. By 2035, Mercure predicts, the U.S. extraction sector (including oil and gas) will produce 50 per cent less than it does today, while losing 16 per cent of its workers. Our own extraction sector’s production of oil and gas will fall by 81 per cent, and the sector will lose 74 per cent of its workers. 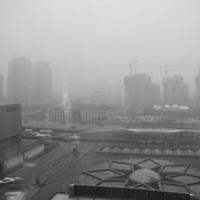 The Fatal Costs of Kinder Morgan

Let’s see how that applies to Alberta. Its extraction-sector workforce in 2017 was 140,300, with some in mining and quarrying as well as in oil and gas. The loss of perhaps 100,000 of those extractive workers will mean far less revenue from income taxes and royalties to pay for health and education.

So Mercure has grim forecasts for those occupations as well based on the plunging government revenues. Alberta in 2017 had 274,100 people working in health care and social assistance. A 20.3-per-cent cut in staff would take approximately 54,820 of them off the payroll. Education services accounted for 153,100 jobs; in the course of a sellout, 30,620 teachers and support staff would be out of work. Other sectors wouldn’t be hit quite as hard: Alberta would lose 24,000 construction workers (10.6 per cent) and 12,297 in business services (15.2 per cent).

These numbers are based on Mercure’s prediction of average national losses; Alberta might suffer more or less in a given sector than Canada as a whole. And it wouldn’t suffer alone. On average, we in B.C. would also likely lose a fifth of our teachers and a tenth of our construction workers. If a sellout occurred this year, and Canada-wide employment fell by 9.4 per cent from its March 2018 total of 18.6 million, that would mean 1,748,870 Canadians out of work.

Fighting all the way

And all across Canada, workers wouldn’t leave their jobs without fighting all the way — from the legislature to the workplace to the street. Political turmoil would erupt on a scale unmatched since the Winnipeg General Strike of 1919. Whoever is prime minister in the 21st century’s Dirty Thirties will have a really unenviable job; expect rapid turnover in governments. 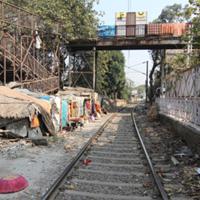 Bear in mind that our domestic woes will be like those of many other rich countries, only worse. Migrants and refugees will still find Canada a better option than staying home. Wars, revolutions and climate-driven disasters will make demands on us we won’t feel able to respond to. Poverty at home will trigger new problems in public health, just as it has in Venezuela.

Mercure’s forecast is unlikely to be the first; governments and fossil fuel corporations alike have probably commissioned reports with similar conclusions. With such politically ugly implications, it’s understandable that such reports have not been publicized, let alone acted upon.

But a wise government would break the news to its people, commission still more studies, and commit to acting on them: cutting losses in fossil fuels, subsidizing renewable energy companies, and promoting research in the field that might give Canada a chance to catch up with other transitioning countries.

And if we ignore Mercure’s warning, we will learn our lesson anyway, with a tuition fee of up to $4 trillion.