Aecon, Canada’s third largest construction company, has built some of the nation’s most iconic infrastructure such as Vancouver’s SkyTrain and Toronto’s CN Tower.

At the same time BC Hydro has announced the CCCC-owned Aecon had been awarded a 30 per cent stake in the building of the overbudget and unneeded Site C dam, which is facing an estimated $12.7 billion cost.

But by purchasing Aecon, CCCC hopes to gain access to a much bigger prize: $185 billion worth of infrastructure projects that various Canadian governments want to build over the next decade.

That means Canadian tax dollars will be funding the global ambitions of the Communist Party of China.

To date the federal Green Party’s Elizabeth May is the only political leader that has denounced the deal as a threat to Canada’s national and security interests.

Although the Chinese government and most Liberal and Conservative politicians portray the deal as just another example of globalized progress at work, it isn’t — and for five powerful reasons.

In the last decade, authoritarian China has emerged as the world’s newest global empire with a firm footprint in Africa, Latin America and the Middle East. Driven by an insatiable industrial revolution at home coupled with a scarcity of resources, state-owned Chinese companies and their workers have rushed into all parts of the world either scrounging for commodities or engineering markets for their goods. More than 15 years ago, only five countries counted China as their largest trading partner; today, more than 100 countries do. But wherever Chinese money goes, political meddling follows as assuredly as a squad of U.S. Marines into a banana republic.

China’s SOEs are corrupt creations of the state and report to the Communist Party. They have become global behemoths because the government of China feeds and supports them. The U.S. International Trade Administration says that China’s leading SOEs benefit from government largess and enjoy preferential access to energy, capital, land and credit. Nor are SOEs subject to the same tax burdens as their private sector competitors. As de facto arms of the Beijing government, subject to government direction and interference, “SOEs are rarely the defendant in legal disputes, and when they are, they almost always prevail due to the close relationship with the Communist Party,” says the ITA. In addition, “U.S. companies often complain about the lack of transparency and objectivity in commercial disputes with SOEs.” These stark realities explain why Canada’s largest construction firms have quietly lobbied the Trudeau government to block the Aecon buyout. Pretending that China’s SOEs are just quaint multinationals serving the Goddess of Progress, as Premier John Horgan and Prime Minister Trudeau now do, is like pretending that U.S. President Donald Trump is a gentle saint.

3) Chinese companies get preferential treatment under the Canada-China investment treaty.

In 2012 the Harper government surrendered a good chunk of Canadian sovereignty by passing into law the notorious Canada-China Foreign Investment Promotion and Protection Agreement. The treaty awards Chinese firms special status protected by a secret arbitration process. By buying Aecon, CCCC, one of the world’s largest construction companies, automatically acquires rights that Canadian firms don’t have as well as preferential treatment under the trade agreement.

Four years ago, Gus Van Harten, one of Canada’s leading experts on trade law and an Osgoode law professor, warned about the consequences of this trade deal for Canada and specifically for British Columbia. At the time he noted the treaty guaranteed “that any B.C. government or legislature or courts would now be subject to obligations arranged by the federal government and China under the treaty.”

In other words if the government of British Columbia decided to change the rules, say, on hydraulic fracturing of shale gas to protect water or reduce methane leaks, those changes could be contested by Chinese investors as unfair and as a violation of their profit expectations.

In addition, if the B.C. government stipulates that more British Columbians must be employed by the industry as opposed to foreign temporary workers, then Chinese investors could contest those changes too, also as an unfair change to the rules in place when they invested.

“If they want to change the rules about extraction or employment, the government would be restrained by obligations in the treaty,” added Van Harten, the author of Investment Treaty Arbitration and Public Law. 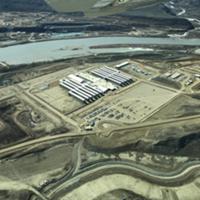 Five Things Horgan Should Have Done About Site C

Remember Nexen, the oilsands giant. In 2012 the Chinese National Offshore Oil Corp. bought the energy firm for $15 billion. In order to quiet public unease and to secure our federal government’s approval, CNOOC promised the world. The company said it would keep Canadians employed but then fired the Canadian executive team and later laid off more than 400 workers. CNOOC promised to double capital spending but never did so. It pledged to uphold “the highest standards of safety and regulatory compliance” but failed there spectacularly. The company floundered while a new pipeline leaked 31,000 barrels of waste bitumen water into Alberta’s muskeg in 2014. One of the province’s largest oil spills was followed by a costly explosion at Nexen’s upgrader that killed two workers. CNOOC has since mothballed the upgrader for “economic” reasons. “The CNOOC-Nexen case should be and will be forever remembered for its historical lesson [that] no investment originated from any government should be accepted without an extremely tight level of scrutiny,” recently warned Duanjie Chen, then a research fellow at the University of Calgary School of Public Policy.

5) The Chinese are the world’s number one river killers.

The Aecon deal makes the CCCC a big player in another bad dam project, a Chinese specialty. The Site C dam will create costly power that isn’t needed; violate treaty rights and will flood valuable agricultural land — food security for future generations. But building river-destroying dams has become an authoritarian badge of honour for Chinese SOEs. China is now home to half of the world’s 50,000 large dams, which globally have unsettled close to 80 million people.

At one time the World Bank funded most of the world’s dams. But as their disastrous ecological impacts became better known, bank funding dried up in the 1990s. Since then the Chinese have filled the gap and become the world’s number one river killers. In Africa, Chinese SOEs typically trade resources for dams that are built not to provide poor people with electricity but to foster the extraction of more resources for China’s SOEs.

Are B.C. taxpayers about to pay a Chinese SOE to build a dam so more Chinese SOEs can secure electrical subsidies for shale gas mining and LNG development in B.C.?