A curious thing about H. sapiens is that we are clever enough to document — in exquisite detail — various trends that portend the collapse of modern civilization, yet not nearly smart enough to extricate ourselves from our self-induced predicament.

This was underscored once again in October when scientists reported that flying insect populations in Germany have declined by an alarming 75 per cent in the past three decades accompanied, in the past dozen years, by a 15 per cent drop in bird populations. Trends are similar in other parts of Europe where data are available. Even in Canada, everything from casual windshield “surveys” to formal scientific assessments show a drop in insect numbers. Meanwhile, domestic populations of many insect-eating birds are in freefall. Ontario has lost half its whip-poor-wills in the past 20 years; across the nation, such species as nighthawks, swallows, martins and fly-catchers are down by up to 75 per cent; Greater Vancouver’s barn and bank swallows have plummeted by 98 per cent since 1970. Heard much about these things in the mainstream news?

Too bad. Biodiversity loss may turn out to be the sleeper issue of the century. It is caused by many individual but interacting factors — habitat loss, climate change, intensive pesticide use and various forms of industrial pollution, for example, suppress both insect and bird populations. But the overall driver is what an ecologist might call the “competitive displacement” of non-human life by the inexorable growth of the human enterprise.

On a finite planet where millions of species share the same space and depend on the same finite products of photosynthesis, the continuous expansion of one species necessarily drives the contraction and extinction of others. (Politicians take note — there is always a conflict between human population/economic expansion and “protection of the environment.”)

Remember the 40 to 60 million bison that used to roam the great plains of North America? They — along with the millions of deer, pronghorns, wolves and lesser beasts that once animated prairie ecosystems — have been “competitively displaced,” their habitats taken over by a much greater biomass of humans, cattle, pigs and sheep. And not just North Americans — Great Plains sunshine also supports millions of other people-with-livestock around world who depend, in part on North American grain, oil-seed, pulse and meat exports.

Competitive displacement has been going on for a long time. Scientists estimate that at the dawn of agriculture 10,000 years ago, H. sapiens comprised less than one per cent of the total weight of mammals on the planet. (There were probably only two to four million people on Earth at the time.) Since then, humans have grown to represent 35 per cent of a much larger total biomass; toss in domestic pets and livestock, and human domination of the world’s mammalian biomass rises to 98.5 per cent!

One needs look no further to explain why wildlife populations globally have plunged by nearly 60 per cent in the past half century. Wild tigers have been driven from 93 per cent of their historic range and are down to fewer than 4,000 individuals globally; the population of African elephants has imploded by as much as 95 per cent to only 500,000 today; poaching drove black rhino numbers from an already much reduced 70,000 in 1960 to only 2,500 individuals in the early 1990s. (With intense conservation effort, they have since rebounded to about 5,000). And those who still think Canada is still a mostly pristine and under-populated wilderness should think again — half the wildlife species regularly monitored in this country are in decline, with an average population drop of 83 per cent since 1970. Did I mention that B.C.’s southern resident killer whale population is down to only 76 animals? That’s in part because human fishers have displaced the orcas from their favoured food, Chinook salmon, even as we simultaneously displace the salmon from their spawning streams through hydro dams, pollution and urbanization.

The story is similar for familiar species everywhere and likely worse for non-charismatic fauna. Scientists estimate that the “modern” species extinction rate is 1,000 to as much as 10,000 times the natural background rate. The global economy is busily converting living nature into human bodies and domestic livestock largely unnoticed by our increasingly urban populations. Urbanization distances people psychologically as well as spatially from the ecosystems that support them.

The human band-wagon may really have started rolling 10 millennia ago but the past two centuries of exponential growth greatly have accelerated the pace of change. It took all of human history — let’s say 200,000 years — for our population to reach one billion in the early 1800s, but only 200 years, 1/1000th as much time, to hit today’s 7.6 billion! Meanwhile, material demand on the planet has ballooned even more — global GDP has increased by over 100-fold since 1800; average per capita incomes by a factor of 13. (rising to 25-fold in the richest countries). Consumption has exploded accordingly — half the fossil fuels and many other resources ever used by humans have been consumed in just the past 40 years. (See graphs in: Steffen, W et al. 2015. The trajectory of the Anthropocene: The Great Acceleration. The Anthropocene Review, Volume: 2 Issue: 1, page(s): 81-98.)

Why does any of this matter, even to those who don’t really give a damn about nature per se? Apart from the moral stain associated with extinguishing thousands of other life-forms, there are purely selfish reasons to be concerned. For example, depending on climate zone, 78 per cent to 94 per cent of flowering plants, including many human food species, are pollinated by insects, birds and even bats. (Bats — also in trouble in many places — are the major or exclusive pollinators of 500 species in at least 67 families of plants.) As much as 35 per cent of the world’s crop production is more or less dependent on animal pollination, which ensures or increases the production of 87 leading food crops worldwide.

But there is a deeper reason to fear the depletion and depopulation of nature. Absent life, planet earth is just an inconsequential wet rock with a poisonous atmosphere revolving pointlessly around an ordinary star on the outer fringes of an undistinguished galaxy. It is life itself, beginning with countless species of microbes, that gradually created the “environment” suitable for life on Earth as we know it. Biological processes are responsible for the life-friendly chemical balance of the oceans; photosynthetic bacteria and green plants have stocked and maintain Earth’s atmosphere with the oxygen necessary for the evolution of animals; the same photosynthesis gradually extracted billions of tonnes of carbon from the atmosphere, storing it in chalk, limestone and fossil fuel deposits, so that Earth’s average temperature (currently about 15 C) has remained for geological ages in the narrow range that makes water-based life possible, even as the sun has been warming (i.e. stable climate is partially a biological phenomenon.); countless species of bacteria, fungi and a veritable menagerie of micro-fauna continuously regenerate the soils that grow our food. (Unfortunately, depletion-by-agriculture is even faster — by some accounts we have only just over a half-century’s worth of arable soils left).

In short, H. sapiens depends utterly on a rich diversity of life-forms to provide various life-support functions essential to the existence and continued survival of human civilization. With an unprecedented human-induced great global die-off well under way, what are the chances the functional integrity of the ecosphere will survive the next doubling of material consumption that everyone expects before mid-century?

Here’s the thing: climate change is not the only shadow darkening humanity’s doorstep. While you wouldn’t know it from the mainstream media, biodiversity loss arguably poses an equivalent existential threat to civilized existence. While we’re at it, let’s toss soil/landscape degradation, potential food or energy shortages and other resource limits into the mix. And if you think we’ll probably be able to “handle” four out of five such environmental problems, it doesn’t matter. The relevant version of Liebig’s Law states that any complex system dependent on several essential inputs can be taken down by that single factor in least supply (and we haven’t yet touched upon the additional risks posed by the geopolitical turmoil that would inevitably follow ecological destabilization). 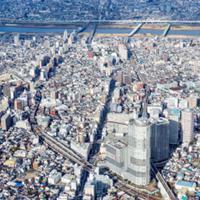 Which raises questions of more than mere academic interest. Why are we not collectively terrified or at least alarmed? If our best science suggests we are en route to systems collapse, why are collapse — and collapse avoidance — not the primary subjects of international political discourse? Why is the world community not engaged in vigorous debate of available initiatives and trans-national institutional mechanisms that could help restore equilibrium to the relationship between humans and the rest of nature?

There are many policy options, from simple full-cost pricing and consumption taxes; through population initiatives and comprehensive planning for a steady-state economy; to general education for voluntary (and beneficial) lifestyle changes, all of which would enhance global society’s prospects for long-term survival. Unique human qualities, from high intelligence (e.g., reasoning from the evidence), through the capacity to plan ahead to moral consciousness, may well be equal to the task but lie dormant — there is little hint of political willingness to acknowledge the problem let alone elaborate genuine solutions (which the Paris climate accord is not).

Bottom line? The world seems in denial of looming disaster; the “C” word remains unvoiced. Governments everywhere dismissed the 1992 scientists’ Warning to Humanity that “...a great change in our stewardship of the Earth and the life on it is required, if vast human misery is to be avoided” and will similarly ignore the scientists’ “second notice." (Published on Nov. 13, this warning states that most negative trends identified 25 years earlier “are getting far worse.”) Despite cascading evidence and detailed analysis to the contrary, the world community trumpets “growth-is-us” as its contemporary holy grail. Even the United Nations’ Sustainable Development Goals are fixed on economic expansion as the only hammer for every problematic nail. Meanwhile, greenhouse gases reach to at an all-time high, marine dead-zones proliferate, tropical forests fall and extinctions accelerate.

Just what is going on here? The full explanation of this potentially fatal human enigma is no doubt complicated, but Herman Melville summed it up well enough in Moby Dick: “There is no folly of the beasts of the earth which is not infinitely outdone by the madness of men.”