The 15-minute news cycle has created a strange kind of public amnesia. As soon as a disaster is declared “over,” we forget it and wait impatiently for the next hurricane, earthquake or eruption. But the people who actually experience the disaster soon learn that disasters last a long, long time.

The United States has suffered three major hurricanes so far this season, and the first two — Harvey and Irma — already seem as distant as Noah’s flood. A couple of weeks after Maria, the only thing keeping it in the news is Donald Trump’s oafish response to it (notably the flinging of rolls of paper towels into a crowd and his tweets against “political ingrates” who considered his government’s help too slow and scanty).

Health experts, however, know that the real problems don’t start until the skies clear or the aftershocks stop or the eruptions taper off. By then the immediate death toll has stopped. Now the survivors have to cope with the aftermath.

That aftermath includes a host of hazards: infectious diseases flourish in the new environment, health-care infrastructure is severely damaged and the survivors suffer — not just physically and mentally, but politically. They will take years or decades to recover.

Floodwater is a good medium for nasty diseases. In Houston after Harvey, a 77-year-old woman fell in her house, cut her arm, and was soon dead of necrotizing fasciitis — “flesh-eating disease.”

More widespread threats are carried by mosquitos: West Nile virus, for example. A year after Katrina, West Nile cases around New Orleans more than doubled. Houston could also see the emergence of locally acquired cases of Zika virus, which so far hasn’t spread much past the Mexican border. Puerto Rico has already had a serious Zika outbreak, with 34,963 cases in 2016 and 496 so far this year — a drop which suggests much of the population is now immune.

Cholera, which has devastated Haiti since 2010, is unlikely to hurt Puerto Rico or other Caribbean islands. But a recent report from the Baylor College of Medicine in Houston, Texas doesn’t rule out the possibility. Vibrio cholerae, the bacterium responsible, has been found in one location on the island and may be elsewhere. It may be a harmless strain, and Puerto Rico hasn’t seen an outbreak since the 1850s, but health authorities will have to be prepared for it. 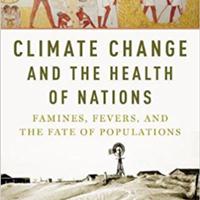 How Climate Change Has Plagued the Health of Nations for Centuries

After hurricanes like these, the damage to the health infrastructure can be lethal. A dozen seniors died in a nursing home in Hollywood Hills, Fla., after Irma knocked out electrical power and the home’s air conditioning failed.

In Puerto Rico, the government reported on Oct. 5 that 64 hospitals were operating — but only 25 of them had electricity. Getting to hospitals and clinics is also a problem when gasoline is scarce and 90 per cent of the power grid is down. The government also reported on Oct. 5 that 46 dialysis centres were open, but it didn’t say how many were still closed. Routine health-care procedures like children’s vaccinations are likely to be interrupted.

The need for psychological first aid

Less obviously, health-care systems in disaster zones must also look for and treat survivors with serious mental health problems: stress, grief, depression and substance abuse. According to a 2013 report, techniques for psychological first aid and crisis counselling haven’t been studied enough to prove their usefulness in disasters.

The World Health Organization, however, offers some general guidelines on dealing with social and psychological problems, and recommends “at least one supervised health-care staff member in every general health facility during humanitarian emergencies to assess and manage mental health problems.”

This is no mere frill. Demoralized and depressed people lack resilience. They’re not going to “build back better”; they may not be able to build back at all. Those already marginalized by poverty or race or both are also more likely to suffer mental-health issues after a disaster has taken what little they had.

This, in turn, makes reconstruction that much harder. Puerto Rico’s economic problems have been ongoing for years, and one consequence has been a steady drain of 400,000 people to the U.S. mainland since 2004. A recent article in Vox quotes an expert who estimates another “100,000 to 200,000 people” will leave the island because of Maria.

The migrants will be those affluent enough to make the trip and skilled enough to find work in Florida or New York. Out of Puerto Rico’s 3.4 million people, 43.5 per cent live in poverty and median household income in the past 12 months was US$19,350. A post-Maria exodus would leave the poor behind in a chronically stagnant economy.

The migrants, however, would be American citizens who can vote when they live in places like Florida. They will be in no mood to vote Republican in 2018 and 2020 — not after Donald Trump dismissed Maria as a lesser disaster than Katrina and took Twitter shots at the mayor of San Juan.

Why build back better? Or at all?

Other Caribbean nations like Antigua and Barbuda and Dominica will suffer economically as well, and many of their people will try to find new lives in the U.S. or Canada. Just as Haitians have done for years, the newly impoverished will try to make their way to the mainland while their own countries decline.

If the Caribbean suffers a few more hurricane seasons like this one, the pressure to migrate may be irresistible. Why build back better when everything will be knocked down again, and mainland money for reinvestment grows scarce?

So the peoples of the Caribbean may soon join the climate migrants of sub-Saharan Africa and the Middle East in seeking refuge in the north. Canada had better think beyond the next hurricane season, and develop a long-term policy for dealing with long-term disasters.