“Where there is unity there is always victory.” — Publilius Syrus, Roman writer, 1st century BC

Vancouver’s four left-centre/environmental parties are likely headed for a fall Saturday in a byelection to choose a city councillor and nine Vancouver School Board trustees — and disunity is to blame.

The right-wing Non-Partisan Association should benefit from a four-way split of opponents’ votes among Vision Vancouver, One City, the Vancouver Green Party and an independent backed by the Coalition Of Progressive Electors. The split vote will almost surely allow NPA council candidate Hector Bremner to win.

So Bremner, a former BC Liberal Party candidate, ex-staffer to interim Liberal leader Rich Coleman, and a former oil and gas lobbyist, will likely be elected to council.

And four strong candidates — Vision’s Diego Cardona, an inspirational young refugee and community worker; COPE-backed Jean Swanson, an Order of Canada social justice activist; One City’s Judy Graves, a longtime advocate for the homeless; and Green Pete Fry, an environmental community activist — all split the rest of the vote and lose.

Brilliant strategy! Like it was written by the NPA and its BC Liberal allies to ensure their victory.

And a similar split in the Vancouver School Board byelection could also mean that the NPA — which shamefully supported the former BC Liberal government’s undemocratic 2016 firing of the entire board — could win a majority and take control of Vancouver’s schools.

Sadly, it’s the classic leftist story of preferring to lose power rather than compromise and put a little water in their wine.

The Greens, One City and COPE are all unhappy with Vision. After nine years in power, Vision — which I support –— has both achievements and challenges. But the NPA fundamentally opposes all four parties on most major issues.

The only good thing out of the possible debacle is that it just might show parties and left-centre-enviro voters what happens when unity and cooperation go out the window just in time for them to regroup for the municipal elections in October 2018.

The four candidates splitting the non-right vote for council are all talented and impressive.

Vision Vancouver’s Diego Cardona lost his father to deadly violence in Colombia, came to Canada as a teenage refugee, then lost his mother to cancer and became a foster child, and now at 21 works with a community organization.

Judy Graves of One City has been a tireless advocate for the homeless, working for the city of Vancouver for 33 years before retiring in 2013.

Pete Fry of the Vancouver Greens is a community activist who ran for the BC Greens against NDP MLA Melanie Mark in the 2016 Vancouver-Mount Pleasant byelection and came within 10,000 votes of winning a seat on council in 2014.

Jean Swanson— an independent backed by COPE — recently was awarded the Order of Canada for fighting for social justice for over 40 years.

I know all of them and have nothing bad to say about Graves, Fry or Swanson — except that the situation they and their parties have collectively created, along with Vision, means that instead of a unity candidate taking on the right and winning, this election is Bremner’s to lose.

It’s reminiscent of the 2000 U.S. presidential election that saw the Green Party’s Ralph Nader siphon off just enough votes to let Republican George W. Bush narrowly and controversially defeat Democrat Al Gore. Many progressive voters to this day regret throwing their ballot to Nader — and Gore and the country to the wolves.

The Vancouver School Board byelection is more complicated, as both Vision Vancouver and the NPA are running just five candidates for the nine seats in a strategy to increase the number of votes each one gets and win more seats. The Greens are running three, One City two and COPE one.

There are many possible outcomes, but if the NPA succeeds in getting its right-wing voters out for the council vote, the party could win a Vancouver School Board majority too.

And that would be a shameful reward for the NPA’s support of the BC Liberals’ firing of the board when it refused to pass a balanced budget by the provincially imposed deadline. Then-education minister Mike Bernier scrambled to terminate trustees just hours before a scheduled meeting to pass the budget.

That followed a provincial smear job leaked to key media over private allegations by some senior managers that they had been bullied and harassed by some trustees. Other trustees objected to the charges and argued that asking tough questions of management is part of their role.

Vision candidates Mike Lombardi — the former VSB chair — along with Joy Alexander and Allan Wong were fired by the BC Liberal government, as were Green candidate Janet Fraser and NPA candidates Christopher Richardson and Fraser Ballantyne.

The byelection will be all about GOTV — Get Out The Vote — tactics, as turnout could be less than 10 per cent. In 1992, the city’s last byelection, turnout was just over 10 per cent.

And for the VSB trustees, the number of votes to win will likely be even lower Saturday. In 2014, the successful candidates required 58,000 to 73,000 votes to win. 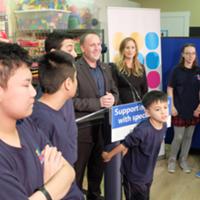 That means it’s still possible for Vision Vancouver, which holds a majority of the 11 seats on city council, including the mayor’s, to pull out a slim win based on its significant organizational ability to get out its vote.

The NPA will likely take 40 per cent or more of the vote, similar to the 2014 mayoral result between Kirk LaPointe and Gregor Robertson. That would mean Vision could only win if its campaign was so strong the Greens, One City and Swanson captured a combined total of less than 20 per cent of the vote — a very tall order indeed.

And the same daunting math applies to the Greens, One City and Swanson. Vision’s Cardona and any combination of two other non-NPA candidates would need to be below 20 per cent in total to give any of them a chance to win.

Politics may change, but the need for unity remains the same since the days of ancient Rome — as Vancouver will soon see.