A few weeks ago, I saw a homeless woman sleeping in a suitcase on a Vancouver street. She had crammed herself into it for a little privacy and warmth.

Afterwards I went to the City of Vancouver’s “Big Conversation” on housing event at Hillcrest Community Centre and, seeing that homelessness was almost absent from the agenda, I interrupted to plead for real action.

Gregor Robertson and Vision Vancouver were elected nine years ago on a promise to end homelessness. They’ve failed spectacularly. As we consider the new measures announced in their housing “reset,” we can’t forget how the needs of developers and corporate political donors have been prioritized over those of the people who live in this city.

Late last month, the city released its plan to help more than 50,000 Vancouver households who will either need housing or will be paying way too much for housing within 10 years.

First, it wants to build 600 modular housing units per year for three years for people who are homeless. The modular units are a good idea because they’re made quickly and are much better than shelters. But why would the city call for only an initial 600 when we have at least 2,138 homeless people?

The modular units cost about $75,000 each. With studies showing that it actually saves $23,000 a year to house a homeless person instead of keeping them on the street or in shelters, the units could pay for themselves in less than four years. And people who have been homeless could have their own bathroom, a place to cook, a door to lock and a warm bed.

Homelessness is a “crysis,” as the beloved Downtown Eastside resident Tracey Morrison wrote on a poster. Megaphone Magazine, sold by homeless and low-income people in Vancouver and Victoria, has produced research that shows that homeless people have about half the life expectancy of other B.C. residents. We need action on homelessness now.

The city also wants to add 315 year-round shelter beds — but no one should have to live in shelters. Some just have a mat on the floor. You might have no privacy, staying in a room with a whole bunch of people. Often you have to leave in the morning and carry your belongings around all day before lining up for a chance at a mat the next night.

Will that begin to meet the real need? No, not even on the city’s terms. The city says that more than 18,000 city households are now paying more than 50 per cent of their income on rent, and we have about 4,000 living in unhealthy SRO hotels. That’s about 22,000 facing housing insecurity.

Based on the city’s new social housing plan, it would take 32 years to house people adequately. And that doesn’t count the additional folks who will be paying more than half their income on rent in the coming decade. The city expects there will be another 30,300 households in need. Over 1,000 more could become homeless, they say. 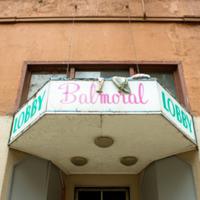 Besides, as Stephen Quinn wrote in the Globe and Mail, these numbers are only about the city’s “intentions” and “targets.” There is no indication that the targets, however inadequate they are, will be met.

So this is a plea for actually stating the enormity of the “crysis.” That’s the first step to solving it. Don’t mask it. Cry it from the rooftops.

Everyone is hoping that the federal government’s new housing strategy will do the trick. But all you have to do is look at the numbers to know that the “crysis” will continue without more pressure. The government’s commitment of $11 billion over 11 years represents $1 billion a year for the whole country. If Vancouver gets its share (roughly 13 per cent of the national population is in B.C. and 13 per cent of the province’s population is in the City of Vancouver), that would be under $17 million a year for the city — enough to build a mere 85 units.

This is a plea for building the people power that we need to ensure that housing is treated as a basic human right for everyone in Vancouver. Seen through a human rights framework, the stalling, half measures and prioritization of developer profits over people’s needs that has characterized Vision Vancouver’s time in power are exposed as simply unacceptable. We must do better — for the most marginalized and for everyone struggling to afford a home in Vancouver.

The market won’t provide housing for low-income people. We need a lot more social housing. We can get the money for it by taxing people like Chip Wilson, who has a $75-million home on Vancouver’s tony Point Grey Road. The city could ask the province for the power to have a progressive “mansion tax” to help make beautiful social housing for everyone who needs it.

Quality, cheap rental housing will never trickle down from profit-hungry developers or the politicians who are beholden to them; it must be demanded from the bottom up and built with the support of all levels of government.

The super-rich have been making out like bandits from real estate speculation and profiteering. It’s time to tax the one per cent to provide affordable housing for the rest of us.