Less than six months after Canada introduced new travel restrictions to bring its policies in line with the U.S., they are already being used to limit the free flow of ideas and academic debate in this country.

The government has barred Antonio Negri, one of the foremost philosophers of our time, from entering the country.

Negri is known as a leading critic of neoliberal globalization. He visited Canada, more than a decade ago, to speak at various universities in Ontario.

Negri is also a controversial figure in Italy. During the 1960s and 1970s, as a professor of law and political science at the University of Padua, he played a key role in Italy’s Autonomy Movement, which advocated working class mobilization beyond the traditional party system.

This period is known in Italy as the “years of lead” because of the intense and at times violent conflict between the state and the opposition (both left and right).

Negri was arrested in 1979, accused of insurrection and of secretly being the leader of the armed group the Red Brigades, a charge later dropped. In 1983, while in prison awaiting trial, Negri was elected to the Italian parliament. With parliamentary immunity, he gained temporary release and escaped to France, where he was in exile for 14 years. In 1984, he was sentenced in absentia to 30 years. As part of a plea bargain with Italian authorities, he returned to Italy in 1997 to serve the final years of a reduced prison term, gaining full release in 2003.

Today he lives in Paris with his wife, philosopher Judith Revel, and travels freely throughout the world, including back to Italy.

The exception to this freedom is a ban on entering the United States, where his prison record is incompatible with the security and immigration regime imposed after the 9/11 attacks.

We knew this when we invited him. We also knew that he had served his prison sentence and had previously been to Canada.

Negri was delighted to accept our invitation, and was looking forward to his visit to Canada’s west, along with Revel, an expert on philosopher Michel Foucault, who would also give a series of lectures.

We assumed that because he had previously visited Canada, he would be able to do so again. 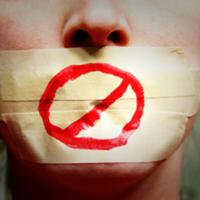 We were wrong. Since his last visit, the security and immigration regime has changed, largely as a consequence of Bill C-51, the 2015 Anti-Terrorism Act. Brought in by the Harper government, it has not been repealed by Trudeau’s. A major aim of this legislation is to harmonize Canadian security and immigration policy with that of the U.S., including by facilitating the sharing of intelligence information. Indeed, it is an open secret that a key intent of Bill C-51 was to respond to U.S. pressure for Canada to tighten its borders.

Last year, the Canadian government introduced another change to align this country’s policies with the U.S. International visitors from visa-exempt countries, such as members of the European Union, had previously been allowed simply to travel to this country. In October, the Liberal government introduced the requirement that such visitors undergo pre-screening and obtain an “electronic Travel Authorization” before they can purchase plane tickets.

We helped Negri and Revel apply for their eTAs at the end of last year. Revel’s was granted within days, but Negri’s, after several weeks, was denied.

We encouraged him to reapply, and helped him to translate documents pertaining to his trial and conviction, which Immigration, Refugees and Citizenship Canada pointed to as a key reason for denying the eTA.

In late February, we learned that immigration authorities were requesting a new and broad range of further documentation pertaining to his conviction. We came to the conclusion that, at that late date, only a few weeks before the planned April visit, even a best-case scenario would make it logistically and financially impossible for us to arrange the visit. We were forced to cancel his visit, and consequently also professor Revel’s.

We are considering whether to try again. Funding would have to be reassessed. And while it is possible that Negri may yet be granted permission to visit Canada, we are not hopeful.

The intent of Bill C-51 — to bring Canadian security and immigration policies more in line with those in the U.S. — makes it unlikely.

Today, the attacks against the free flow of people and ideas in the United States generate headlines, and Canada is held up as a model of toleration, diversity and compassion. We proudly welcome Syrian refugees, and many Canadian universities have made a point of facilitating applications by students from countries on President Trump’s travel ban.

While that is to be celebrated, we must not ignore Canada’s own new restrictions, which have already begun to have consequences.

In an email to us, Negri wrote that the only country that had previously denied him entry was the United States. He was saddened to add Canada to that list, despite his visit a decade ago, which allowed him to meet “colleagues in many anglophone and francophone universities… an entire research community [that he] was honoured to befriend.”