The Ebola outbreak, which killed some 12,000 people, was one. So was Zika, which has resulted in thousands of babies being born with microcephaly or less obvious neurological damage.

No individual has ever been declared a global health emergency, but a case can be made that President Donald Trump will be a genuine threat not only to the health and wellbeing of Americans, but of people all over the world — especially women.

On Jan. 23, just three days after his inauguration, Trump restored the Mexico City Policy, which is “to ensure that U.S. taxpayer dollars do not fund organizations or programs that support or participate in the management of a program of coercive abortion or involuntary sterilization.” What defines “coercion” is unclear.

Since Ronald Reagan, Republican presidents have backed it, and Democratic presidents have dropped it — a critical policy affecting hundreds of millions of women, depending on which man has been president since 1981 when Reagan took office.

The next day Trump supported Bill HR-7, which bans any federal spending on health insurance and Medicaid programs that cover the cost of abortions. The bill has been passed by the House of Representatives and is awaiting Senate approval. Expect it to be law soon.

And on Jan. 25, Trump issued an order for “at least a 40 per cent overall decrease” in support for international organizations like the United Nations.

While these edicts and actions certainly threaten American groups like Planned Parenthood, the real threat is international and aimed at women. The World Heath Organization (WHO), for example, runs extensive programs on contraception and family planning.

And that includes promoting access to safe abortion. “Over 300 million women in the world currently suffer from long-term or short-term illness brought about by pregnancy or childbirth,” WHO says in one report. “The 529,000 annual maternal deaths, including 68,000 deaths attributable to unsafe abortion, are even more unevenly spread than newborn or child deaths: only one per cent occur in rich countries.”

“There remains a huge unmet need for investment in contraception, information and education to prevent unwanted pregnancy, though no family planning policy will prevent it all,” the report goes on to say. The report says 46 million pregnant women a year resort to induced abortion, and 18 million of them do so in dangerous conditions. Out of these, 68,000 women die and countless more endure disability and suffering from unsafe abortions.

As health journalist Helen Branswell recently wrote, WHO’s basic yearly budget is $2.2 billion — “about half that of Harvard University.” The U.S. share for 2017 will be $113.5 million, plus additional voluntary donations earmarked for specific problems and new outbreaks.

These, with other countries’ donations, help bring WHO’s total 2017 budget to $4.4 billion. If Trump withdrew all or part of America’s support because WHO promotes safe abortion, all the agency’s other programs would be at risk as well — including those for malaria, dengue, Zika, and many other emerging diseases.

Drop abortion, or sacrifice other lives

It’s not just WHO. If foreign nongovernmental organizations receive American funding, they are now forbidden from using non-U.S. funds even to advise on abortion. Losing U.S. support would imperil such NGOs’ other health programs.

All told, U.S. global health funding in 2016 was about $10.2 billion, distributed through agencies including the State Department, USAID, Centres for Disease Control and National Institute of Health. All or some of that spending could also be in danger in the Trump era.

Médecins Sans Frontières warned on Jan. 26 that Trump’s endorsement of the Mexico City Policy would have far-reaching, damaging effects.

The policy once limited funding bans to organizations providing family planning services. “It now applies to all U.S.-funded global health programs, including HIV and maternal and child health programs,” Doctors Without Borders noted. “By removing funding from organizations that also deal with malaria and other child health issues, the policy could threaten progress on many fronts, including efforts to reduce HIV-related deaths and new infections and decrease childhood mortality through malaria prevention and treatment initiatives, and immunization programs.”

So in ostensibly protecting the unborn, the Mexico City Policy promises disease and death to millions already born. It amounts to a kind of blackmail inflicted on the poor: if you want to escape AIDS and malaria and all the diseases of poverty, then you’ve got to produce more babies that will be sick, starved, stunted and trapped in poverty. 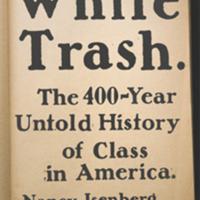 It’s not just organizations that are under attack. Other countries are under veiled blackmail threats as well.

“Our goal with the administration is to show value at the UN and the way that we’ll show value is to show our strength, show our voice, have the backs of our allies and make sure that our allies have our back as well,” she said. “For those that don’t have our back, we’re taking names, we will make points to respond to that accordingly.”

That puts Canada, among others, under some pressure. Prime Minister Justin Trudeau has said Canada might contribute to a Dutch-organized international fund to support abortion services in the developing world. But Trump could make life very unpleasant for Trudeau if he does.

Trump’s other measures threaten public health at home. His sudden ban on immigration from seven mostly Muslim nations will only worsen health care for many Americans.

As Dr. Seema Yasmin recently wrote in Scientific American, “More than 8,400 doctors working in the U.S. are from two countries listed in the executive order — Syria and Iran — according to data from the American Medical Association. Even more foreign-born physicians — close to 50,000 — are from India, which is not included in the travel ban. But the fears created by last week’s executive order will ripple across Asia and the Middle East, reaching places like India, says Atul Grover, a physician and executive vice president of the AAMC. ‘The majority of our foreign doctors come from India and Pakistan, and while they’re not on the list I think when the environment feels this uncertain and this inhospitable, they’ll go to Canada and the U.K.,’ he says.” 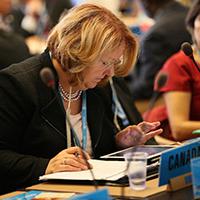 Similarly, medical researchers and graduate students will avoid American jobs, thereby weakening the world’s greatest powerhouse of health research. This could be a headhunting opportunity for countries like Canada (if we can afford to recruit, hire, and house them). But even then such scientists would be unable to attend conferences in the U.S.

On Tuesday, Trump met with pharmaceutical industry executives, demanding that they lower drug prices and make their products in the U.S. As well, he said, “We’re going to get rid of a tremendous number of regulations.”

So experimental drugs won’t get the extreme vetting that refugees have to put up with, and some could turn out to be disastrous. Companies might also find it easier to stop research into drugs for rare diseases and focus on those with mass markets and surer profits.

Visit Worldometers and you can see the health numbers changing before your eyes: in January alone, there were more than 3.5 million abortions, over 26,000 maternal deaths in childbirth, over 637,000 deaths of children under five and over 140,000 deaths caused by HIV/AIDS. Trump’s policies are likely to raise those numbers dramatically.

If so, Trump will go down in history as the first one-man genuine “public health emergency of international concern.”