I've been watching the spread of Zika virus across Latin America for months. It's been even more successful than its cousin chikungunya, which hit the Caribbean two years ago and is now endemic through much of the hemisphere. 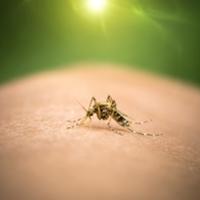 Probably in August 2014, Zika arrived in Brazil; it's now infected over a million Brazilians and established itself from Paraguay to the U.S. border and much of the Caribbean. It's presented the Brazilian government with a political crisis, and the World Health Organization with a challenge to its credibility. That's quite an achievement for a little-known, seemingly mild mosquito-borne virus first discovered in Uganda's Zika forest in 1947.

Yet as the villain in the latest global health scare, Zika may be much less of a threat than we've thought, exploiting our fears more than our blood.

Like chikungunya and dengue, Zika is carried by Aedes aegypti and Aedes albopictus mosquitoes, heat-loving species that flourish in the tropics and subtropics. They don't normally carry such viruses, but when they bite an infected person, they're infected -- and go on to infect the next person they bite. In the Western Hemisphere, only Chile and Canada have climates that won't support those species.

Brazil has long suffered from dengue (1.5 million cases last year). Chikungunya arrived there in September 2014, and Zika wasn't confirmed until May 2015. The symptoms of all three diseases are confusingly similar.

Northeastern Brazil has suffered most of Zika's attacks, and it was there last August that a mother-daughter team of neuropediatricians, Ana and Vanessa van der Linden, began to notice something odd: a lot of babies were being born (or stillborn) with microcephaly. And a lot of their mothers seemed to have had a Zika-like rash during pregnancy.

Other doctors soon agreed, and the alarm went nationwide. Zika was already spreading fast through South and Central America and much of the Caribbean, and other countries' health departments began to issue warnings to pregnant women.

Like so many emerging diseases, Zika baffled experts who thought they had it pegged as a relatively mild cousin of dengue and chikungunya. Since 1947 they'd tracked its progress from East Africa to Southeast Asia and then to the South Pacific -- a series of small outbreaks, with four out of five cases not even showing any symptoms.

Then a 2014 outbreak in French Polynesia seemed more serious, and it's believed that Zika hitchhiked from there to Rio de Janeiro with a team of paddlers taking part in a canoe competition. Reports from the South Pacific mentioned recovered Zika cases coming down with Guillain-Barré syndrome, a creeping paralysis that's sometimes fatal.

When the van der Lindens warned Brazil about Zika and microcephaly, those Polynesian reports lent credence to them -- and vice versa. Suddenly Zika was a threat to unborn babies and everyone else as well.

The Brazilian Ministry of Health began reporting microcephaly numbers, which have grown from 739 cases in nine states as of Nov. 21 to 3,448 in 27 states as of Jan. 23. The ministry also launched huge public-information and anti-mosquito campaigns, and some experts even advised women not to get pregnant for a while (El Salvador, in Central America, is telling women to avoid pregnancy until 2018.)

At the end of January, World Health Organization director-general Dr. Margaret Chan convened an emergency committee to decide if Zika is a "public health emergency of international concern" (PHEIC) -- a global-health red alert that could mean travel advisories and enormous financial and political suffering for countries with Zika.

Brazil has billions invested in a successful Olympic Games in Rio, scheduled for August. The country is struggling with a recession already, and President Dilma Rousseff is fighting a campaign to impeach her. Even without a travel advisory, Zika is likely to cripple the country's economy and further destabilize its politics.

All this has happened without even any conclusive proof that Zika causes microcephaly and Guillain-Barré syndrome -- it's just "associated" with such conditions. And it may all be a huge mistake.

On Jan. 29, Nature News & Comment published an article questioning the reported surge in microcephaly cases. It was based on a report by Jorge Lopez Camelo and Ieda Maria Orioli, in the Latin American Collaborative Study of Congenital Malformation (Spanish acronym: ECLAMC).

The ECLAMC authors argue that the growth in microcephaly numbers is a "seek and ye shall find" effect: the cases were always there but not recorded as such -- or clearly defined. (Late last year Brazil's medical authorities fussed about just how many centimetres would take a baby from microcephalic to normal.)

Lopez Carmelo and Orioli also argue that if European numbers on microcephaly are accurate (2.85 per 10,000 live births), the Brazilian state of Pernambuco's 1,153 microcephaly cases in 2015 are 25 times the European baseline. That seems like a statistically impossible increase, no matter how many pregnant women contracted Zika.

The U.S. Centers for Disease Control and Prevention was far less specific about U.S. numbers, estimating the microcephaly rate between two and 12 cases per 10,000 live births. Given the approximately four million births in the U.S. in 2013, that would mean 800 to 4,800 microcephaly cases.

The 13-page ECLAMC report is the first serious argument that we still lack hard evidence for Zika as the cause of Brazil's microcephaly and Guillain-Barré in French Polynesia. It also makes reasonable suggestions for testing, such as a case-cohort study in some Brazilian state where Zika circulation is increasing. The authors suspect that many other fetal infections may be involved, but that remains to be seen.

Acquitting Zika of causing microcephaly may cause enormous relief to pregnant women everywhere, especially in Brazil. Latin American tourism and travel will also survive, shaken but unharmed. But it would cause enormous embarrassment to Brazil's government and international agencies like WHO. Already under fire for being slow to react to Ebola, WHO could now risk being seen as too quick to hit the panic button.

But Zika doesn't get out of jail free. It's still charged with triggering unusually high numbers of Guillain-Barré syndrome cases in several countries that have yet to report a spike in microcephaly. While relatively mild, it still imposes a health burden no one needs.

To confirm or refute the Zika-microcephaly connection, and the Zika-Guillain-Barré connection, we'll need to conduct an enormous surveillance and testing operation, coupled with a massive mosquito-extermination program. (Brazil actually did wipe out Aedes aegypti in the 1950s, then relaxed and let it come back, bringing dengue and chikungunya with it.)

We'll likely find more unwelcome news about mosquito-borne viruses, but we'll also reduce the numbers of dengue, chikungunya, yellow fever and Zika cases -- not just in Latin America, but in Canadians returning from holidays and business travel there.

Such a project would also help to identify and reduce the causes of many other fetal deformities around the world. That alone would save millions of families from anxiety and grief, allowing their children to grow up healthy and capable.

Whether or not Zika is a direct cause of microcephaly and Guillain-Barré syndrome, discovering the answer should be only the first step in a long counter-offensive against all mosquito-borne diseases and the sources of fetal deformities. If we take up the challenge, Zika may turn out to have been a blessing in disguise.