One of the many good questions from the audience at The Tyee’s recent education event was this: “What are the main causes and consequences, for public education, of the growing enrolments in private schools?”

The growth has been considerable in recent years, and so have been the consequences. According to the Federation of Independent School Associations, 81,659 students are attending private schools this year — almost 13 per cent of all the students in British Columbia. As reporter Katie Hyslop noted in a recent Tyee article, that’s an increase of 15,000 students in the past 10 years while the public system has lost 60,000.

I would argue there are two key causes: social anxiety and cultural anxiety. The first is anxiety about social mobility. For the past 40 years or so, incomes have largely stagnated. Even with both parents working, it’s become harder and harder even to maintain family purchasing power — much less rise on the income ladder. Yet most families hope for their children to do better than their parents.

The traditional means of social mobility has always been more and better education, and that’s an implicit promise of the public schools. Teachers and parents alike agonize over high-school dropout rates, simply because the dropouts are usually consigning themselves to lower incomes and downward social mobility.

But more and longer education has produced graduates who are overqualified for most jobs. A mere master’s degree is rarely enough; better an M.B.A. or some other “practical” certification. Even then, competition for high-paid, entry-level jobs is fierce.

So we now have the “failure to launch” phenomenon, with young adults who can’t seem to get into the right post-secondary programs or the careers they’ve trained for.

If more education isn’t the answer, maybe better education is. So families struggle to place their kids in the best possible schools, sometimes as defined by the Fraser Institute’s consumers’ guide to the top-ranked schools. Graduation from such schools gives them an edge in qualifying for the most prestigious universities, which in turn should open the way to high-paying jobs.

Persistent political uproars about school funding create a perception that something is really wrong with the B.C. public schools — when in fact international exams like PISA show they produce some of the world’s best students. (In 2012, our 15-year-olds even beat the Finns in reading.)

But anxious parents don’t really focus on quality education as much as quality employability. If St. George’s private school leads to Harvard and then to an Ivy League business or medical school, then St. George’s it must be.

B.C. has made that an easier decision for many families since 1977, when the Bill Bennett Social Credit government brought in taxpayer funding for private schools if they met certain basic criteria. A private-school education still costs more than public school, but it’s affordable for more families.

Private-school growth has also resulted from a kind of cultural anxiety. Many religious families don’t want to lose their children to a secular society, and want religious instruction in the curriculum. This may even outweigh the school’s academic quality. Tax support for religious schools therefore helps less affluent families keep their kids in the faith and its community.

Whether intentionally or not, social and cultural anxieties can deprive students of a genuine advantage of the public system: its sheer diversity. Secular private schools tend to a class homogeneity; religious schools to a cultural and often ethnic homogeneity. 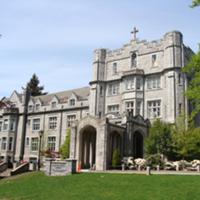 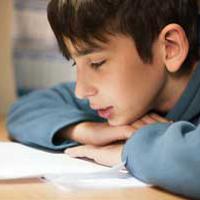 Public schools must take everyone, and must understand and respect them before they can teach their students well. The students, in turn, teach one another about the people they’ll share the rest of their lives with. Sometimes the result is bullying or harassment, but the public schools are aware of the hazard and working to stop it.

As a consequence of the growth of private schools, of course, the public schools are deprived of students who could have added to the diversity. They wouldn’t necessarily be the best academically, but they would have skills and values others should be familiar with.

Another unfortunate consequence is the loss of parents dedicated to their children’s education. They could be advocates for public schools, demanding adequate resources and support and keeping pressure on staff, trustees, and government alike. Instead, they’re throwing their considerable efforts into helping support their children’s private schools.

Private schools, in effect, educate their own communities, children and adults alike. Public schools try to do the same thing for the larger community — but part of that community has already seceded.

This is not a new phenomenon. I wrote about it in my 1985 book School Wars, describing supporters of private schools as “schismatics,” splitting themselves off from the larger society of “ecumenicals” backing the values of the public schools. No doubt people are free to associate with anyone they choose, but it’s not a choice if your parents have consciously segregated you from others since childhood.

I see no end to this social divide until all education is both public and consistently good everywhere in the province. It shouldn’t have to depend on highly motivated parents, or private donations, or gifted students from affluent, educated families. They might improve the atmosphere in a particular school, but the basic quality of education should be the same whether in Atlin, Alert Bay, or Vancouver’s west side.

In that happy event, choosing a private school would be a matter of personal taste, like buying Perrier rather than drinking pure tap water. And taxpayers’ dollars should subsidize only the public good, not matters of personal taste.