But sometimes — like the BC Liberals’ handling of an increase in support for people on disability assistance — they reflect a basic moral failure.

In the February budget, the government announced disability benefits would increase by $77 a month on Sept. 1.

It was long overdue. The rates have been frozen since 2007, which effectively means benefits are 14 per cent lower than they were nine years ago.

People relying on disability assistance were desperately poor nine years ago, and their situation has worsened with each passing year.

A single person — almost three-quarters of recipients — receives $906 a month.

A single parent with two children receives $1,332 — up to $660 for housing and $672 for everything else. Even with a $222 a month supplement from the federal-provincial child benefit programs, the family lives on less than $18,650 a year. More than 6,100 single parents are raising children on those meagre benefits.

The $77 increase is painfully small for that little family — 5.4 per cent, less than half the ground lost to almost a decade of inflation. Hardly cause for celebration for the children living in government-mandated poverty.

But the news was worse. There was a big catch, if not hidden then certainly not clearly set out in the self-congratulatory budget documents. 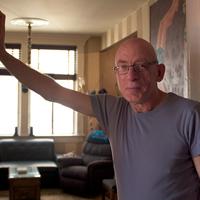 Two Meals a Day: Living on Disability Assistance in Vancouver

The government increased rates by $77. But it also cut existing transportation support for more than half the roughly 100,000 people receiving disability benefits.

But about 35,000 people in communities with transit service have been paying $45 a year for a subsidized bus pass. After Sept. 1, the government says they will have to pay $624 a year, an increase of $579.*

A single parent with two children in that group who needs to continue using transit, will in effect see an increase — after nine years of frozen rates — of $28.75 a month, or 2.1 per cent. About 31 cents more per day for each member of their little households.

The government also decided to end a $66 monthly transportation subsidy that 20,000 people had been receiving.

A single parent with two children in this group will see an actual increase of $11 a month — less than one per cent.

There is a casual cruelty to this policy, and lasting damage. Some 33,000 children are being raised on disability assistance and income assistance. (The latter group is not receiving an increase.) We know that childhood poverty is linked to poorer educational outcomes, poorer lifetime health and a wide range of other lasting problems. Yet government — on your behalf — chooses to leave those children in dire poverty.

B.C. has the fifth highest child poverty rate among provinces. Simply by increasing disability and income assistance rates for families with children to ensure they were above the poverty line, the government could cut the child poverty rate by 25 per cent. B.C. would have the third best ranking in the country.

The government’s defence of the mingy increase and clawbacks rests on three pillars. It can’t afford a larger increase. It wasn’t “fair” that some recipients benefited from bus passes and others in communities without transit didn’t. And the change gave people more “choice” as they could now decide whether or not to buy a bus pass.

There is nothing fair about any aspect of disability assistance. A nine-year rate freeze isn’t fair. Forcing children to live in poverty isn’t fair. And it’s surely not fair for MLAs to allow themselves up to $1,580 a month for housing in Victoria needed during the rare times the legislature is sitting while insisting people on disability assistance can find housing for $375.

And the claim to be providing more choice would be laughable if the situation for people with disabilities wasn’t so dire. 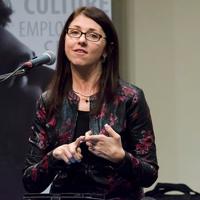 Consider that single parent with two children getting by on $1,332 in disability benefits and $222 in child benefits — $1,554 a month. Assume, through some incredible good luck, they found a safe apartment that would accommodate three people for $875 a month. That leaves $679 for everything else — food, school costs, clothing, utilities — for three people.

They don’t really have a choice whether to buy a bus pass. They need money to survive.

Individuals receiving benefits will, of course, be in the same situation. And the loss of the bus pass will be a great blow to many of them. The bus pass allowed people to maintain social networks, seek support and make it to programs, medical appointments and jobs. (People on disability assistance can earn up to $9,600 a year without losing benefits.) For some people with mental or psychological disabilities, the social support — family, church, drop-in programs — was vital. It’s now at risk as people decide they just can’t afford the new charges.

Advocates have pressured the government to reverse the clawbacks and provide the full $77 increase, without success. The added cost of $35 million would be tiny compared with the government’s $730-million surplus. But the government has refused.

We have, as a society, acknowledged the need to support people with disabilities who cannot support themselves and have no other resources.

But our government believes that need can be declared met even if people are living in degrading poverty and children are suffering and being condemned to lifetimes of disadvantage. Its handling of the increase and bus passes simply reflects that attitude.

It’s a great error. Practically, because we are wasting the potential of many people and increasing future costs to society.

And morally because we are failing, dismally, to meet a standard of basic human decency. And that says something about our government, and ourselves.