Few people in the West have ever heard of the Yamal Peninsula in western Siberia, and fewer still have heard of an anthrax outbreak there, late last month, among its nomadic reindeer herders. But at the first reports, the Russian government launched a major effort to evacuate the whole group while shipping in medical experts plus its Chemical, Radioactive and Biological Protection Corps to sterilize the region. As of Aug. 2, over 2,500 reindeer had died and 20 herders had confirmed anthrax.

Anthrax is a very nasty disease, but no one’s paid much attention to it since someone sent anthrax-laced white powder to various American officials just after 9/11. Why would the Russians react so quickly, and report it so thoroughly, in local and national media?

The answer is complex, and it has profound implications for Canada’s environment, Indigenous peoples and energy economy.

The Yamal Peninsula is part of the Yamal-Nenets Autonomous Region, a largely Arctic area with an estimated population of 544,000 and just about as many reindeer. The Nenets are Indigenous Uralic people living as nomadic reindeer herders like the Sami people (also known as Lapps) of Scandinavia. Their numbers are about 30,000, and they’re scattered across the tundra in small bands, making a living selling venison to the Russian and foreign markets. Smaller groups like the Khants and Komi do the same.

Almost everyone else in Yamal-Nenets is Russian and living in cities. The region sits on 90 per cent of Russia’s natural gas, which the Russians are extracting and exporting as rapidly as they can. Much of Europe depends on that gas to run its industries and keep warm in winter. Almost two-fifths of the European Union’s imported natural gas came from Russia in 2014. In 2015, Russia’s Gazprom supplied 158.56 billion cubic metres to European countries, with Germany alone absorbing almost one-third of that.

An economy depending on gas

So Europe relies on Russian gas, and the Russian economy relies on that demand. Gas pipelines across the tundra may reduce the range of the reindeer and the livelihoods of the Nenets, but few advocates stand up for them in Putin’s Russia.

Of course the natural gas helps fuel global warming just as it does in Canada, and permafrost melts in Yamal-Nenets as it does in Canada. One spectacular result in the Yamal Peninsula has yet to appear in Canada: the sudden appearance of enormous sinkholes in the tundra, which appear to be result of methane released from melted permafrost.

Since methane is a much more efficient greenhouse gas than carbon dioxide, the Yamal craters are a signal that we’re in big trouble. Better said, polar Indigenous peoples are in big trouble first; our turn will come a little later.

When anthrax broke out in the Yamal Peninsula, it was a shock because the disease had been unknown in the region since 1941, and the region had been officially declared anthrax-free since 1968. For a remote Arctic people dependent on reindeer, this was a huge relief.

But anthrax is a hard disease to kill. Its bacteria convert into spores that are almost immortal. When the British experimented with it as a weapon in the Second World War, Gruinard Island, an uninhabited island off the Scottish coast, was rendered uninhabitable for 40 years after anthrax was released on a herd of sheep.

Covering up an earlier anthrax disaster

The Russians have their own reasons to fear anthrax. The Soviets also experimented with it as a bioweapon, and an accidental release in 1979 infected at least 94 people and killed 68 of them. It was easier to cover up than Chernobyl, seven years later, but was eventually admitted in the 1990s.

Anthrax doesn’t move directly from human to human, but spores on animal products, clothing and soil can be ingested, inhaled or absorbed through breaks in the skin. In Yamal, the source is still uncertain. It may have been from a reindeer buried in the tundra sometime before 1941, recently exposed by unusually high temperatures.

Or it may have been from an old human case: the Nenets can’t easily bury their dead in frozen soil, so they put them in coffins and leave them exposed on high ground.

One way or another, anthrax spores got back into the local environment and infected a reindeer that was then eaten by at least one 12-year-old Nenets boy named Denis (and probably his grandmother, who died a couple of days before he did).

No country in its right mind will import reindeer meat from Yamal in the foreseeable future, so Russia will have to find some other way to support the herders. Meanwhile, the whole region will have to worry about anthrax getting into the urban population where it might hurt production and transportation of natural gas.

Politically, Moscow will look bad if it can’t protect its own people from a disease that can be prevented with a vaccine and cured with antibiotics. So it’s vaccinating both people and reindeer and promising to move the herders to another range, and to equip them with a hundred new tents.

Canada needs to pay attention. We too have a vast, under-populated north with caribou and Indigenous peoples who depend on the herds. They too sit on huge amounts of natural gas and methane clathrates, whose release will only make their lives worse. And they too have to deal with anthrax. 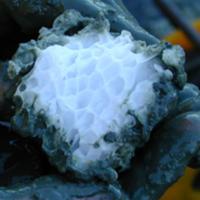 In 2012, the Mackenzie bison herd lost 440 of its members to anthrax — likely killed by ancient spores, and in turn leaving spores for future generations of bison and other species. Caribou, so far, seem not to have experienced outbreaks. In one sense, that’s good. In another, it’s alarming: if anthrax ever did get into a caribou herd, it would find a “naive” population with no immunity.

The Yamal outbreak is one more reminder of how climate change can drive ecosystem change. Burning natural gas helps warm the planet and melt permafrost, which releases still more greenhouse gases like methane. Diseases like anthrax emerge as well, and infect not only reindeer but those who herd them — and perhaps those who care for the herders. That in turn can trigger problems in the general population, who would prefer to live elsewhere rather than pump gas to Germany.

If they do leave and thereby slow the flow of gas, Europe suffers economically. If they don’t, Europe burns more gas and still more permafrost melts, freeing still more methane and anthrax.

The same problem faces British Columbia. Selling liquefied natural gas to Asia may grow our economy for a while, but our First Nations and the whole boreal-forest ecosystem will suffer — if not from anthrax, then from other unexpected results of climate change. And even if we sell our gas at a loss, Asia like Europe will be looking for safer energy sources — wind, sun and tidal — than we can offer them.

The hospitalized nomads of the Yamal Peninsula may not be familiar with British Columbia. But they have given us a clear warning of where we will soon find ourselves if we persist. We should leave our anthrax in the ground, as well as our oil and gas.