A century ago, it was “shell shock,” a strange affliction of some soldiers in the First World War. A generation later, it was combat fatigue, and little better understood (U.S. General George S. Patton famously slapped a victim, considering him a malingering coward). Then it became an occupational hazard for soldiers in Vietnam, and acquired its present name: post-traumatic stress disorder.

Since Vietnam, the problem has become somewhat better understood – and known to affect far more people than first thought. A Canadian Forces survey estimates that 11.1 per cent of regular personnel have experienced PTSD at some time, and 5.3 per cent met the case definition at the time of the survey or in the previous year.

Nor is PTSD confined to active soldiers and veterans. The RCMP notes that “Policing poses an increased risk of psychological work-related injuries. Accordingly, approximately 38 per cent of our members who are off-duty sick long-term have cited mental health, including but not exclusive to PTSD, as the reason.”

A recent report says 36 per cent of male corrections officers suffer PTSD. The report quotes Jason Godin, president of the Union of Canadian Correctional Officers: “One in five federal public servants will suffer from a mental-health issue and, you can tell, our numbers are a hell of a lot higher than that.”

They’re not the only ones: the Canadian Mental Health Association says: “Military personnel, first responders (police, firefighters, and paramedics), doctors, and nurses experience higher rates of PTSD than other professions.”

How high a burden?

Clearly the burden of PTSD on its victims, their families, and their communities is immense. The American group PTSD United says: “The annual cost to society of anxiety disorders is estimated to be significantly over $42.3 billion.” The burden on Canada would likely be proportionate.

Or the burden may be proportionately much higher. An article recently published in the British Journal of Psychiatry reports a surprising finding: Canada has the highest lifetime PTSD prevalence rate out of 16 countries worldwide, much higher than countries like Nigeria, Brazil, and Iraq.

The BJP report’s authors gathered population studies on lifetime PTSD and trauma exposure. They discovered that PTSD rates correlated closely with rates of trauma – exposure to combat, natural disaster, physical or sexual assault, physical abuse as a child, and so on.

But, paradoxically, PTSD was far less common in countries more vulnerable to just such traumas – with vulnerability defined as “the likelihood that an individual or group will be exposed to and adversely affected by a hazard.” Brazil’s cities suffer far more violence than Canada’s, but Canadians suffer more PTSD. 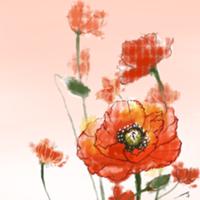 Remembering How Little We Understand PTSD

In fact, you could almost judge a country’s level of advancement by the rarity of its hazards and the frequency of its PTSD. Canada leads with 9.2 per cent lifetime PTSD prevalence and a vulnerability score of 31.02. Next comes the Netherlands, with 7.4 per cent, and Australia with 7.2 per cent. The U.S. comes in fourth at 6.8 per cent.

Bear in mind that data for these findings were gathered between 2001 and 2007, and more recent events have likely changed them. It’s hard to imagine young Nigerian women escaping from Boko Haram with smiles and jokes about what a lark it all was.

The authors of the report speculate that high-PTSD/low-vulnerability countries “are inhabited by more individualistic cultures” that “may be lacking aspects of social capital such as community engagement and support that could help victims of trauma repair their resources and rebuild their lives.” In other words, it’s your problem; solve it yourself.

Low-PTSD/high vulnerability countries, by contrast, “may foster conditions that minimize comforting illusions and reduce the contradictions brought about when cherished assumptions are invalidated by traumatic events.” If you expect to be traumatized, in other words, you recover faster when you are, and you can count on your friends and neighbours to help.

The report doesn’t deal with specific groups or professions to any great extent, but groups like doctors, soldiers, and police officers must expect high exposure to trauma – and tend to deal with such exposure by imposing a macho culture of toughness on their members.

That in turn raises another possibility: that people in such high-stress occupations suffer far more PTSD than they admit to, and it affects their performance on the job. It might help to explain, for example, the high number of police shootings in the U.S. – 1,146 in 2015, and 561 so far this year – and the fact that blacks and other minorities are shot far more often than whites.

Canadian police shoot only about 15 to 30 persons a year, and Simon Fraser University criminology professor Rick Parent says “about a third” involve a mental health incident. And how strong is the mental health of the officers involved, both before and after such incidents? 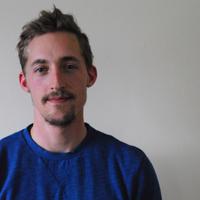 A Soldier's Tale: 'Nobody Understood What I'd Done'

We’re aware of charges made against the RCMP by female officers that they developed PTSD after sexual harassment by their colleagues – suggesting a workplace made dysfunctional by officers already overstressed. We’re increasingly aware of the alcoholism, drug abuse, domestic violence, homelessness and suicide among Canadian Forces personnel. These begin to look like built-in occupational hazards for such professions.

And they pose still more questions. How many young men and women will enter such careers if they’re fully aware of those hazards? What government will send soldiers overseas if a large minority of them are likely to return as invisible casualties – and with a need for a lifetime of support?

Well, maybe we could teach ourselves to endure levels of trauma we now associate with crime-ridden countries like El Salvador, where the PTSD rates are likely near Nigeria’s. That would seem to miss the point of having security forces in the first place.

The issue could even force us to reconsider how we do jobs involving high exposure to trauma. Perhaps we should offer real care to mental health patients, instead of letting them roam the streets until they stop a bullet. Perhaps we should redefine police work and recruit very different kinds of people to do it. Investing more in diplomacy might save us literally a world of military grief.

The Roman poet Juvenal asked: Quis custodiet ipsos custodes? Who guards the guards themselves? Whatever the solution, we won’t find it until we admit we have a problem.

Until then, we will continue to offload the true costs of our health and security onto the very people we ask to guard us.