The dystopian situation in Libya is so persistent that when we hear news of yet another slaughter, or the fragility of the new unity government, or ISIS taking over large swaths of the country, we just file it under "old news" and wait for the next story. 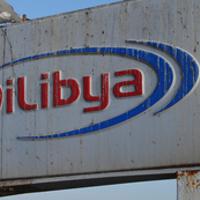 We shouldn't. While accountability of politicians is also an old news story, this is one that's particularly disturbing in its history and its consequences for the Libyan people, who before the 2011 "humanitarian" intervention enjoyed the highest standard of living in Africa. That UN mission toppled the regime of Moammar Gadhafi, leaving a power vacuum that was filled by many competing armed factions and two separate groupings claiming to be the legitimate government. Health and education services are now either severely restricted or non-existent, economic development projects have ground to a halt and what government there is has lost billions in oil revenue due to the conflict.

The Libyan story should provide foreign policy lessons for the West and for Canada, but without some kind of mea culpa and recognition of this catastrophic error, no one has to learn anything.

Which is what makes U.S. President Barack Obama's recent admission that the Libyan intervention "didn't work" so interesting. This was Obama's singular intervention, even though European allies did most of the bombing. According to The Atlantic magazine, after reflecting on what went wrong in Libya, Obama told a former Senate colleague: "There is no way we should commit to governing the Middle East and north Africa. That would be a basic, fundamental mistake." No kidding.

It seems that Obama wants to get out ahead of the legacy machine and admit this major foreign policy mistake early on. But what about Canada? Under the Harper government, Canada was one of the most eager participants in the elimination of the "madman" Moammar Gadhafi.

But the Harper government is gone, and its foreign policy has been vigorously repudiated by Prime Minister Justin Trudeau. Trudeau has tied his star to a U.S. president able to take risks as his term comes to an end, and has boldly told the world "Canada is back." One way that he could prove that declaration would be to follow in Obama's footsteps and acknowledge Canada's missteps in the Libyan intervention.

All the major parties in Parliament supported the UN mission, and not a single Canadian political leader who did so has ever acknowledged that the West's intervention was a colossal foreign policy failure. As admitted by Obama, there was no effective plan to establish an alternative government post-Gadhafi: "The degree of tribal division in Libya was greater than our analysts had expected. And our ability to have any kind of structure there that we could interact with and start training and start providing resources broke down very quickly."

If they hope that it will go away and people will forget their complicity, what does that say about our democracy and responsible government?

Getting worse every week

The situation is actually getting worse by the week, as ISIS sweeps into areas that are completely ungoverned. According to a report by Martin Kobler, the UN special representative to Libya, the lack of political structure is risking "division and collapse" of the country. "Daesh [ISIS] takes advantage of the political and security vacuum and is expanding to the West, East and to the South. While Libya's financial resources are dwindling, the criminal networks, including human smuggling, are booming," he reported.

ISIS now controls some 250 kilometres of coastline around Sirte, Gadhafi's hometown, and has established training camps, storage areas, fortification and "rudimentary institutions of governance referred to as 'Islamic courts' and 'Islamic Police.'"

The horrific conditions apply not only to the people of Libya but also to its natural habitat. New Scientist magazine reported in its Feb 20-26 issue that because of the collapse of commerce, people are turning to the killing of wild animals for meat.

"On the kill list are desert gazelles, but also migrating birds. Cranes, flamingos, bustards and herons are being shot in large numbers on the coastal wetlands that are no longer guarded," reads the report. The famous coastal juniper forests are also "under attack." Across the border in Mali, a "rare population of desert elephants" was slaughtered using weapons from Libya.

Given the intermittent news coverage of the unfolding disaster in Libya, it simply becomes background noise. With no accountability demanded, and none likely to be offered voluntarily, our collective culpability is gradually diluted as our memories of how the thing started fade.

It started, of course, with the rationale of the lofty principles enshrined in the 2005 United Nations Responsibility to Protect (R2P) doctrine, which states that sovereignty is not a right, but rests on the responsibility of governments to protect their populations.

One of its most vocal and respected proponents at the time of the Libyan intervention was former Liberal foreign affairs minister Lloyd Axworthy. When the Libyan mission -- initially a UN approved no-fly zone -- spiraled into regime change and the murder of Gadhafi, Axworthy still maintained that R2P was a valuable doctrine.

Writing a year after the mission started, Axworthy said: "R2P should not be judged on the basis of the military response in Libya. Somewhere along the way, R2P has become synonymous with military intervention... The reality is that the original International Commission... made clear that the implementation of R2P is about the protection of civilians, should be considered primarily preventative and considers military action a very last resort."

Unfortunately, Axworthy's defence of R2P simply underlines why it is a fatally flawed principle -- because it is not academics or humanitarians who decide when it should be used. It is a handy-dandy excuse for big power intervention whenever they have some geopolitical objective they can't achieve by simply bullying smaller nations.

In fact, R2P should never have been applied to the situation in Libya at all. To be sure, there was armed conflict in Libya and a single horrific instance of Libyan troops killing some 300 protesters in Benghazi in mid-February, 2011. But soon after, the troops fled the city and it was declared free by the protesters. A month later, on March 19, the UN began its military intervention.

But none of what had happened up until UN Security Council Resolution 1973 was passed met the standard for R2P intervention. R2P is triggered by evidence of any one of four "mass atrocity" crimes: war crimes, genocide, crimes against humanity and ethnic cleansing. None of the actions of Gadhafi's troops fit any of these categories. And when the Libyan government offered a ceasefire, NATO and Canada declared that could only happen if Gadhafi was gone -- in violation of Resolution 1973.

Perhaps the failed state that resulted from R2P in Libya will have laid to rest this flawed doctrine. And while Obama did not refer to R2P specifically, his declaration that the Libyan adventure didn't work highlights just how easily the principle can be abused. While some things might change, imperial hubris does not.