Each International Women's Day prompts reflection on the state of women in our country's politics, with this year's thoughts bringing both hope and despair. Hope, as a record percentage of women were elected in the 2015 General Election and Prime Minister Justin Trudeau appointed the first-ever gender-balanced cabinet. Despair, as only 26 per cent of Canadian MPs are women and we are falling further behind other countries when it comes to achieving gender parity in our national legislature. 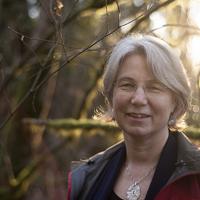 Why Do Women Run?

That's why I recently tabled Bill C-237, the Candidate Gender Equity Act -- optimistic that Canada can do more to increase the number of women elected to our Parliament. The bill aims to push political parties towards running more female candidates in future elections, with the goal of Canada becoming the first liberal democracy to boast a truly gender-balanced legislature.

While more than enough women come forward to run for office, the real obstacle to gender balance in Parliament is that political parties do not ensure gender equity in their nomination processes. As gatekeepers of our political process, party officials and members decide who stands for office and, ultimately, who sits in the House of Commons. Unfortunately, parties fail to offer gender-balanced candidate lists not because of a lack of qualified women, but simply because parties prefer to run men. An economist would say it is a demand-side problem. There can be no other explanation: it is impossible to argue a party cannot find 169 women to stand for half of the 338 ridings in Canada when each party has a pool of tens-of-thousands of members from which to draw.

Take the federal election we just had in 2015. Women made up 533 of the 1,732 nominated candidates (29.7 per cent) and went on to win 88 of the 338 available seats (26 per cent). Despite these historical highs, Canada now only ranks 60th in the world when it comes to achieving equal representation in our democracy. What's worse is that we've fallen from being ranked 21st in the world in 1997. We're simply being passed by countries with laws to promote gender equity in their democratic processes -- while Canada has none on the books.

A nudge towards equity

What I am proposing is that public subsidies for political parties be linked to gender equity measures in order to 'nudge' parties towards nominating more women candidates. Currently, political parties are eligible for a public reimbursement from Elections Canada of up to 50 per cent of their campaign expenses after each election -- which leads to tens of millions of taxpayer dollars flowing to political parties with few strings attached. The Candidate Gender Equity Act would amend our election laws to reduce this subsidy if parties fail to put forward gender-balanced candidate lists.

For example, under these new laws, a party running 25 per cent female candidates and 75 per cent male candidates would have its post-election rebate reduced by 10 per cent. Modelled on laws used in France, Ireland, and other countries, this approach pushes parties to put in place measures promoting gender equity, while allowing them full discretion in deciding how they select candidates.

While I only introduced the Candidate Gender Equity Act a little over a week ago, I am heartened by support from democratic reform champions Samara and a host of academic experts. However, it will take votes in the House of Commons and Senate and support from the Prime Minister to pass. Mr. Trudeau has shown he sees the value of gender parity, and I hope the Liberals see the importance of passing laws ensuring these values survive a change in government.

Often criticized as an "old-boys club," the House of Commons is where we debate the critical issues facing our country and make decisions as to how we move forward together. Based on my time as an MP and years studying democracy as academic, I know changing the composition of Parliament so that it better mirrors our society will help ensure equality for women and in doing so, change the course of our politics for the better.