As the new Liberal government prepares to table its first budget, the twin challenges of ensuring adequate retirement security and reducing seniors' poverty are coming into sharper focus. 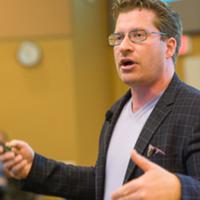 Scant Relief in BC Budget for Squeezed Young Families

A report published Tuesday by the Broadbent Institute provides new data on seniors' income and retirement savings. It paints a stark picture of worsening poverty and inadequate savings trends, and offers a clear baseline of evidence for government action.

Roughly half (47 per cent) of Canadian families aged 55 to 64 have no accrued employer pension benefits in Canada. The vast majority of these Canadians retiring without an employer pension plan have totally inadequate retirement savings -- the median value of their retirement assets is just over $3,000.

Over half (55 per cent) have savings that represent less than one year's worth of the resources they need to supplement government programs like OAS/GIS and CPP/QPP. And fewer than 20 per cent have enough savings to support the supplemented resources required for at least five years.

Only a small minority (below 20 per cent) of middle-income Canadians retiring without an employer pension plan have saved anywhere near enough for retirement. What this means is the vast majority of these families with annual incomes of $50,000 and more will be hard pressed to save enough in their remaining period to retirement (less than 10 years) to avoid a significant fall in income.

A number of studies from more conservative think tanks have argued that there is no crisis in seniors' savings if one considers housing assets, and no need for expansion of public pensions. This report challenges that interpretation. Even when accounting for seniors' total net worth, the report finds only 28 per cent of Canadian seniors without employer pensions have five years' worth of replacement income saved.

The conclusion is clear: Canadians need to be saving more. And the panoply of public policies offering "voluntary" options for saving -- such as RRSPs, TFSAs, group RPPs and the more recent Pooled Registered Pension Plans -- have demonstrated their inability to address the shortcomings in declining workplace pensions and a Canada Pension Plan (CPP) with limited benefits.

There should be no debating the fact that the CPP delivers a defined benefit and indexed pension at a reasonable cost -- a cost that few individuals could ever match by investing on their own, or through anything but the largest employer pension plans.

Without getting into the weeds of a critically important debate over specific design details, a larger CPP (and/or ORPP) obviously would help Canadians save in the long run. Canada's mandatory savings rate of 9.9 per cent is among the lowest in the OECD. New contributions probably should remain mandatory as well.

While the poverty rate among seniors fell substantially over the last 30 years in Canada and remains below the OECD average, that progress was due to a maturing CPP system and historically higher employer pension coverage, in addition to past increases in female labour force participation rates.

These factors have run their course -- and the trendline for poverty looks grim.

How to secure Canada's future

The Broadbent study shows that because OAS, or Old Age Security, and GIS, the Guaranteed Income Supplement, are indexed to keep pace with prices instead of wages, their anti-poverty value continues to fall over time. One remedy might be to index them like CPP maximum benefits to average earnings.

Canada also could simply increase the GIS, which is received by about one-third of seniors. The Liberal party promised a modest increase (of 10 per cent) in GIS for single seniors. This is a useful start, but more can be done. Increasing the GIS by 10 per cent for all seniors would lift nearly 150,000 people out of poverty.

The status quo is not acceptable. Income data shows that the median income for single seniors without employer pension income is below $20,000 -- roughly half that of those with an employer pension. This is because they rely almost totally on OAS/GIS and CPP, since their savings are virtually non-existent.

The economic circumstances of seniors improved from the 1960s to the early 1990s, in no small part due to effective public policy. To keep the situation from getting even worse, the federal government must again recalibrate public supports in the face of falling employer pension coverage and inadequate savings.

The evidence speaks for itself.