Last month, lobbyists gathered in Vancouver for The Future of Lobbying, a one-day conference put on by B.C.'s Office of the Registrar of Lobbyists, Simon Fraser Institute's Governance Studies and Public Affairs Association of Canada (B.C. Chapter). 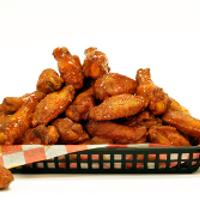 Hate to be the bearer of bad news, but there does seem to be a future for the industry. In fact, if we're not careful, B.C. could be overrun by lobbyists.

Last year, there were 2,502 in-house and consultant lobbyists registered in the province, up from 1,451 four years ago. Whoever said the B.C. Jobs Plan wasn't working?

While others do get some attention -- political staff, deputy ministers and the like -- that works out to 30 lobbyists for every MLA.

As one of 14 panelists at the Vancouver conference, it fell on me to provide a bit of insight on the public's perspective towards the industry and a few ideas on how it might be improved.

Someone has to rain on the parade of rainmakers. Not a tough task, though. There's no shortage of material.

If it becomes law, lobbyists in that state would be required to disclose any sex given by a lobbyist to a lawmaker or their staff each month. A dollar valuation will not be required when reporting sexual acts. Be thankful for small mercies.

Closer to home, former B.C. lobbyist Marcella Munro found herself in a pickle after taking a post with Alberta's new NDP government.

The Wildrose party was only too happy to blast her appointment by pointing to some of Munro's B.C. blog posts, including: "that saying no to projects like Kinder Morgan, to protect our environment and quality of life" are things to be celebrated.

The posts were quickly taken down and replaced with Alberta-centric messaging.

"My BMW 325i is my favourite possession" was Munro's new riff, telling the Calgary Herald: "there's no planet on which I could try to argue against the oilsands. I love all the good things petroleum does for me -- including driving too fast on Highway 2."

As the Herald's Don Braid put it: "If you have trouble reconciling the contradictions, you are most likely a regular human unconnected with the murky, interlinked worlds of lobbying, campaigning and government advocacy."

If the industry is an unavoidable evil of modern politics, it was then sacrilege time for the assembled.

Reporting only intent to lobby -- as the legislation currently requires -- isn't good enough. The "if I'm really, really lucky the minister might open my email before he triple-deletes it," isn't the best approach for reporting lobbying activities.

It's meetings that count and lobbyists should be required to report who they've met with as well.

Those on the other end of the bargain -- MLAs, political staff, deputy ministers -- should also disclose who is lobbying them.

Good way to check to see if everyone's reporting matches up.

Fees paid by clients should be disclosed, as is done in the United States.

A province-wide registry for municipal lobbyists is long over due.

Contingency fee agreements need to be trashed, as is the case at the federal level today.

Public agencies and local governments should be prohibited from hiring outside lobbyists.

In B.C., some universities, local governments, professional bodies such as the College of Dental Surgeons of B.C. and federal agencies like Via Rail and Port Metro Vancouver have all retained lobbyists in the past.

If there was an industry award for client development, it would have to go to Earnscliffe Strategy, who has represented Deloitte since 2013.

The goal: to raise Deloitte's profile and awareness about the services they bring to government. Who knew it needed raising?

Never let it be said that having a higher profile doesn't come with a price. For someone.

Hope that wasn't a contingency deal.